The connection of reggae music to American roots music is nothing new; Toots Hibbert, who was credited with first coining the term “reggae,” had a huge hit covering John Denver’s “Take Me Home (Country Roads)” in 1974. In more recent times, Willie Nelson, perhaps the most well-known and respected country artist ever, cut the Countryman reggae album in 2005. Of course, for years prior to that and continuing today, Jimmy Buffett has perfectly melded his country troubadour songwriting with steel drums, reggae beats and other Caribbean influences, forming a new genre that has been expanded and made more mainstream by the popular country artists Zach Brown and Kenny Chesney. Even one of the most beloved bands in the modern American reggae scene, Rootfire’s bredren Giant Panda Guerilla Dub Squad, has released two Americana/bluegrass albums and flawlessly merges the two genres in their live shows.

Unlike the aforementioned instances of reggae artists playing Americana songs or popular Nashville musicians mixing reggae into their country music, to much less national and international notoriety, one gentleman has been playing his own joyful fusion of Appalachian string music and reggae for well over two decades.

I first met Ras Alan Childres in September 1997 in Asheville, North Carolina while attending a conference for Reggae Ambassadors Worldwide, a grassroots reggae networking organization consisting of a mix of industry professionals (reggae musicians, deejays, producers, promoters, publishers, writers, etc.) as well as “dedicated reggae fans.” Our event brought together passionate reggae enthusiasts from all over the globe, many of whom were meeting for the first time. Notable guests that shared in the workshops, musical performances and all around good vibes included the founders of Easy Star Records, who at the time were just releasing their first single (a cut from Jamaican singer Rob Symeonn) before growing to become one of the pillars of the modern American reggae scene, and Roger Steffens, who remains as one of the world’s most informed and well-known historians of Bob Marley and the genre in general.

As a local musician, Ras Alan, and his label Red Pepper Records, served as the conference organizers for that very enjoyable long weekend in Buncombe County. I was equally enamored by Ras Alan’s warmth, openness and positivity as I was intrigued by his original blend of “Appalachian reggae” as well as for the interesting way he lived mostly off the grid in a rural homestead that he had built himself in the Blue Ridge Mountains of Western North Carolina. After that weekend, we would remain in contact as Ras Alan generously shared many details of his life with me which would ultimately serve as the basis for a fictional character in my novel,  The Cosmic Burrito. 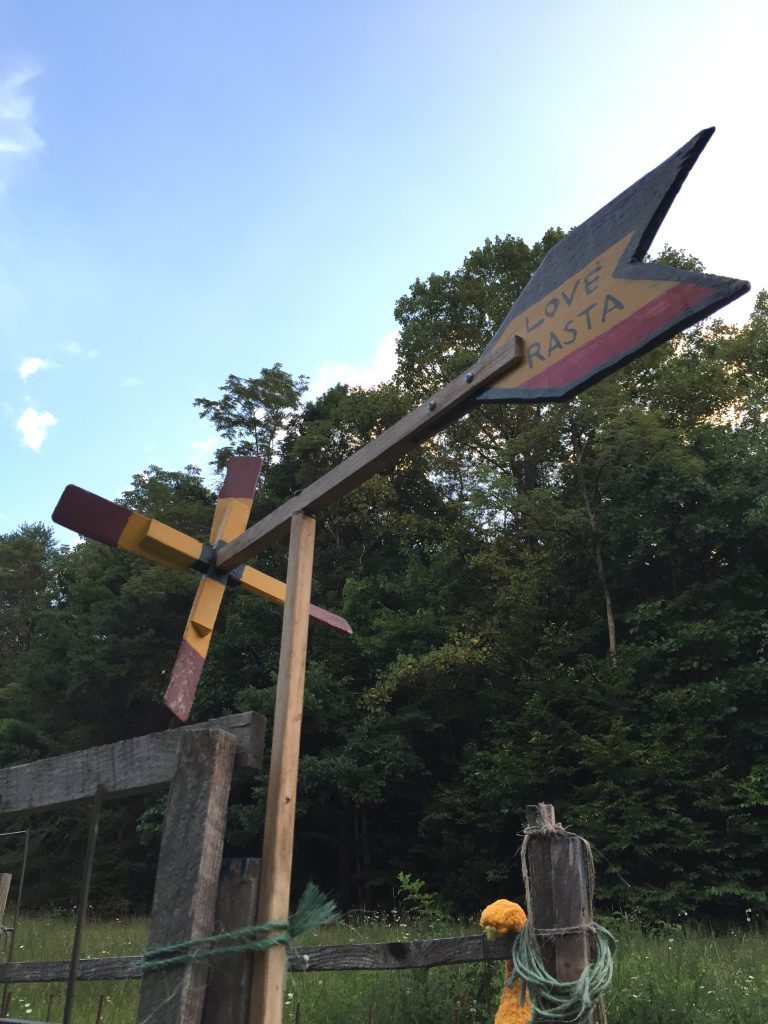 As so often happens in life, over time, we lost contact. I often thought about Alan and wondered if he was still lifting peoples souls with his upbeat music.  Fast forward twenty years and thanks to social media, we recently reconnected. I was pleased to learn that he is still making music and, in fact, this fall embarks on a 25-year anniversary tour with dates in Tennessee, North Carolina, Georgia, and Alabama. I was also thrilled to learn that his chief source of income came from crafting custom-built guitars and that he still maintains his pastoral, green lifestyle. 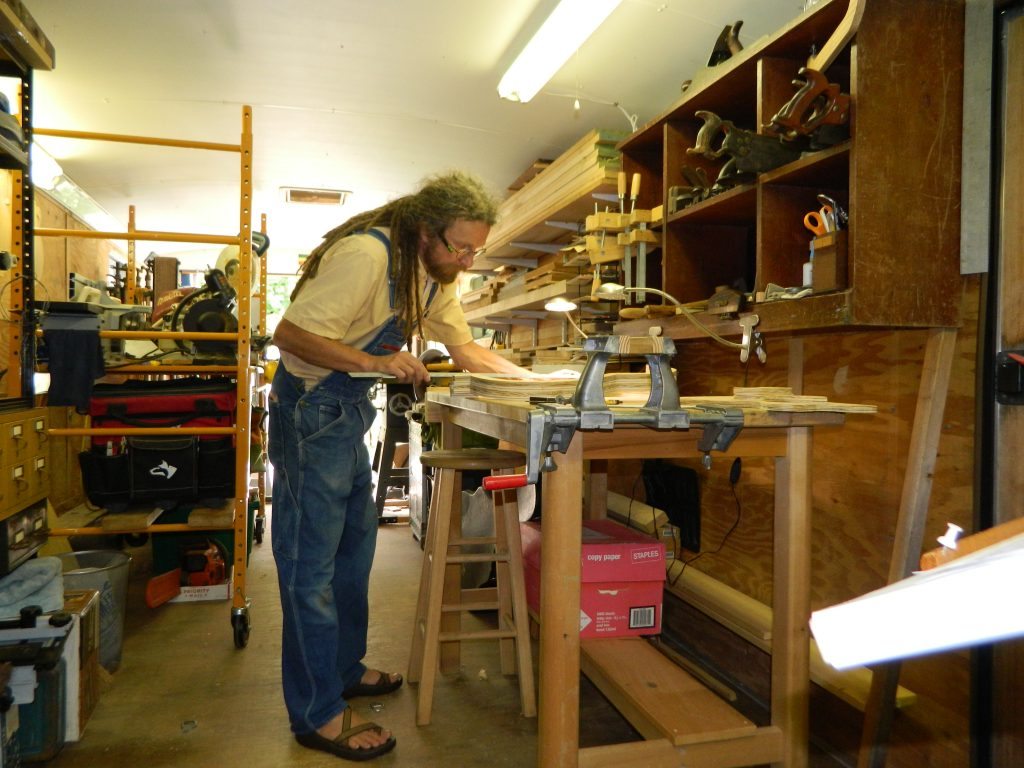 Ras Alan has put out a total of six albums over the years, including Native, Stone Inna Hurricane, Letter From Appalachia, Folklife- Live At The Smithsonian Folklife Festival,  Organic, as well as a new album, Love The Way You Love.  He is currently working on an instrumental album, Workin’ Title, and an Appalachian reggae blues album titled, Red, Gold, Green and Blue, and he aims to eventually release some of the hundreds of masters of live Appalachian reggae shows, including performances from across the U.S. and Jamaica.

He considers his family his greatest influence as he recounts early memories of his mother playing an old family piano, and his “pop” and uncles picking guitars and mandolins. They would sing Carter Family, Jimmy Rodgers and Johnny Cash songs which they would record to a reel-to-reel tape recorder for the family’s enjoyment. Ras Alan’s musical roots run deep as his paternal grandmother wrote poems and songs and he had a great-great-uncle that was a famous old-time fiddler in the area, as well as another distant uncle known for his banjo, or “banjer,” playing.

Ras Alan took time out from his constantly busy schedule as a recording and touring musician, craftsman ,and farmer to answer a few questions for me.

D. Did you make all of the guitars that you use?

RA. I design, build, market and sell the acoustic guitars that I use. Some do have internal electronics (eg microphones, pickups and controls) for use in live performance situations.

The guitar I’m using on this tour is a herringbone Childres OMC, the Homie C, a cutaway made of rosewood, spruce and ebony, with an internal mic and a bridge saddle pickup. I also perform and record with American made Fender Stratocasters and vintage Fender and Music Man tube amps.

In the late 1970’s, I did own and operate a small music/guitar shop and coffeehouse in Boone, North Carolina. I moved to Nashville, Tennessee in 1980 to apprentice master luthiers (guitar builders, from the word lute) and further my love and study of the art and science of stringed instruments.

My guitars are based on the best features of older, vintage guitars, with modern details and original “improvements”, chasing after the proverbial “sound”. My instruments are ital (vital, natural, organic)- all solid woods, metals and bone, with no plastics, chemicals or sprayed finishes. My proprietary hand-rubbed “Moonshine Polish” finish is a variation on the ancient “French Polishing” utilized by luthiers for hundreds of years, including the Stradivari family. 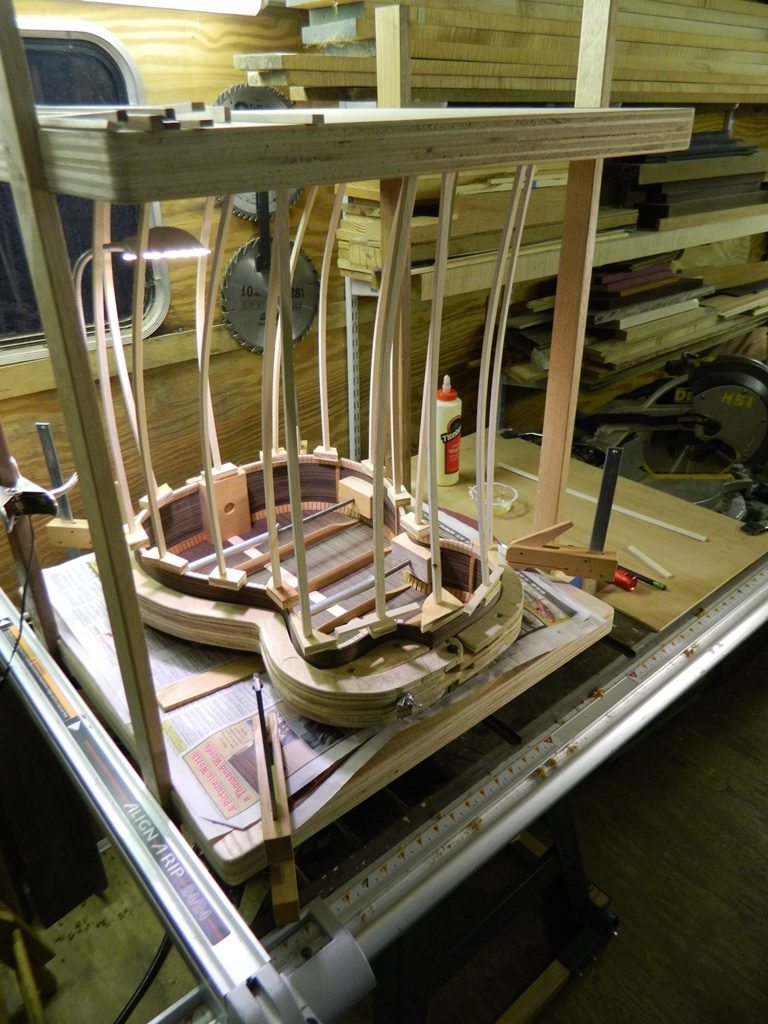 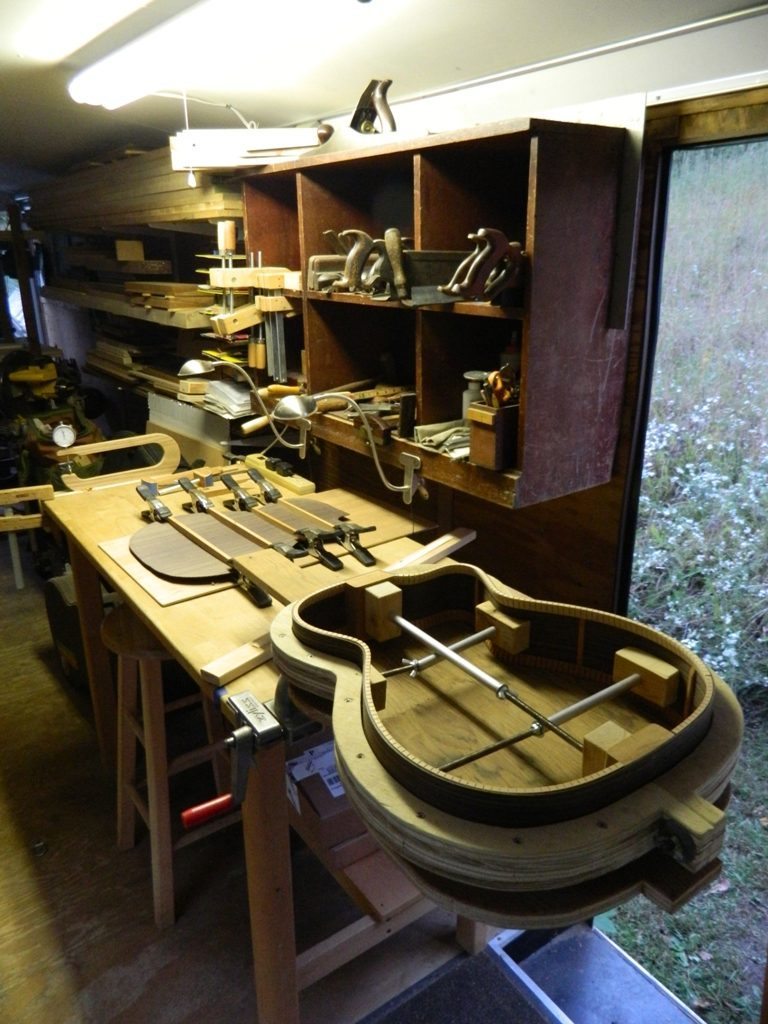 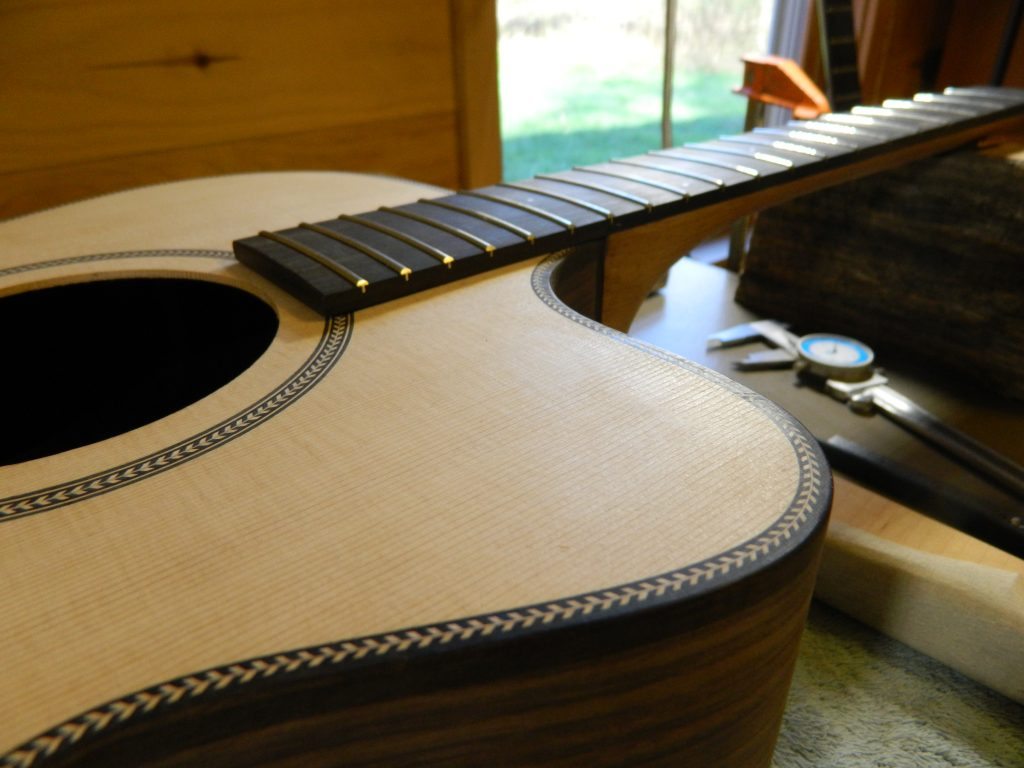 D. Can you tell me a little bit about your rural lifestyle?

RA. My wife and I have a small 5 acre organic farm in the Cherokee National Forest in the mountains of southern Appalachia. We raise vegetables, herbs and berries for fresh eating, drying, canning, pickling and freezing, mainly for our family and friends. We use the mulching method of gardening so there is no digging. Nice and clean too. We use gravity fed spring water off the mountainside, and occasionally harvest wild plants for food or medicinal use. We live in a small mountain house that has been the home of several generations through the decades. We’ve renovated and added to the house through the years, using oak, hemlock and pine from the local sawmill, with spruce walls and bamboo floors. I upgraded the electrical service and wiring for a future solar photovoltaic system, and we use an LP gas on-demand tankless water heater. We heat mainly with wood, with LP gas backup, and use LED, compact fluorescent and natural lighting. Efficiency and consciousness go a long way in conservation. 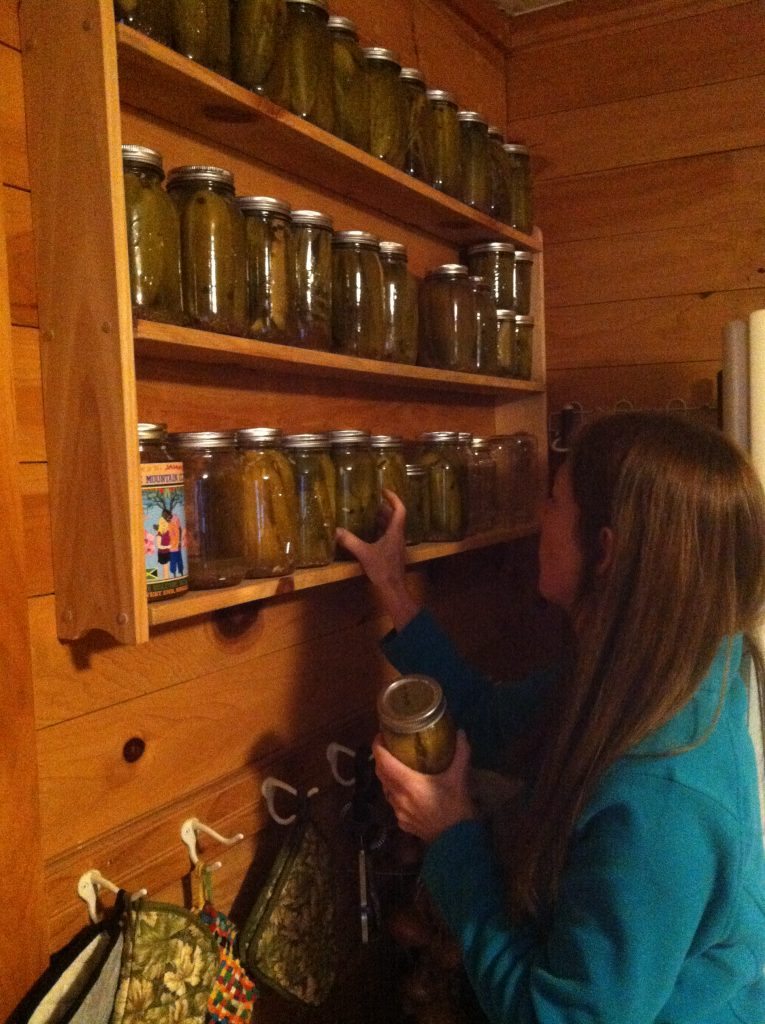 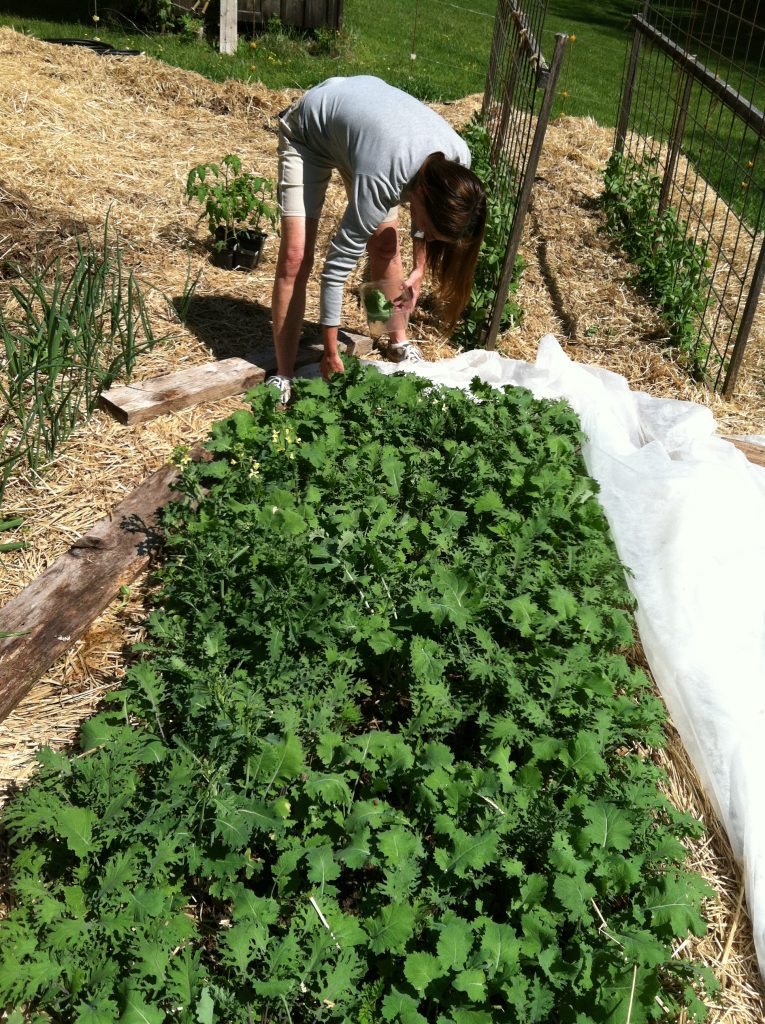 I also have my luthiery shop up the hill by a barn full of various boards, lumber and “drop” (cut-offs and unusable pieces of wood for the task at hand), collected through 33 years of design-build projects and an instrument finishing room in the house, near the woodstove.

In the past, I have lived in many different “alternative” dwellings, from a 1963 Ford bread truck converted to a RV, to Volkswagen buses, solar sheds, a re-purposed wooden schoolhouse, buildings under construction, housing co-ops, artist studios and turn of the century wood-framed dwellings. Some with indoor plumbing and electricity, some without. Many days walking from the spring carrying water… 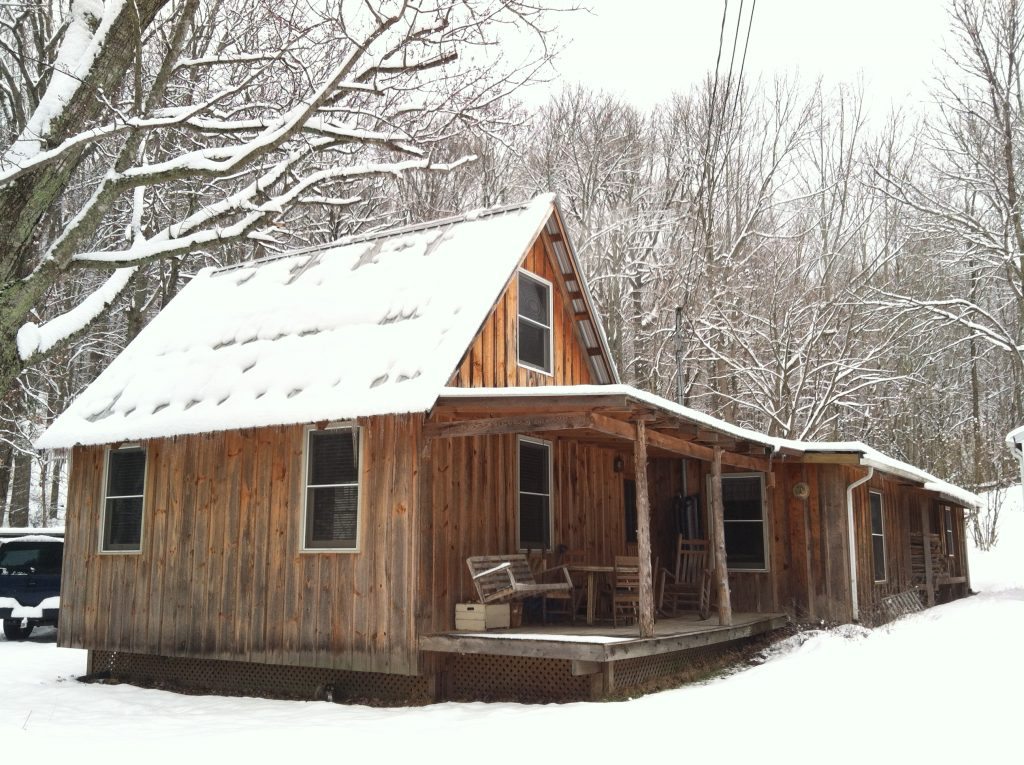 D. What does a typical day consist of?

I try to be in the shop making shavings or in the finishing room every afternoon, or photographing the guitars, then check email etc again (there’s no computer in the shop), cook supper and sit on the porch to watch the hummingbirds, owls or pileated woodpeckers. Or occasionally a bear, copperhead, turtle, deer or turkeys. If it’s cold we could be inside after supper reading or jamming to a Chronixx YouTube.

For a change of scenery there is a park trailhead we walk to and hike to the peak of our mountain, and we take our bicycles to a couple other nearby parks to ride in good weather. We walk our own paths around the field as an (almost) daily ritual.

If I’ve got shows to prepare for, all bets are off, and the schedule flexes as necessary.

D. What do you consider your greatest achievement in your music career?

RA. Connecting musically with regular people. And having my records in the permanent Archives of the Smithsonian Institution, representing Contemporary Southern Appalachian Music and Culture. Still livin life.

D. What are a couple of your fondest memories from your musical career?

RA. Playing drums with Babatunde Olatunji by a big bonfire, picking informally with Doc Watson, having a tea ceremony and music session with Ali Farke Toure, meeting Stephane Grappelli at the American Music Hall in San Francisco, jamming mento in Jamaica in my friends’ yard, playing Appalachian reggae at The Carter Family Fold in Hilton’s Virginia, picking up Bunny Wailer and his full band at the Charlotte airport, performing at the Smithsonian Folklife Festival in DC and playing hand drums for Katabe Cisokho from Senegal at the Tuff Gong release of Bob Marley’s Talkin’ Blues in White River, outside Ocho Rios, Jamaica, are all good memories.

D. Thanks for taking some time to let our readers get to know a little bit about you.

RA. I Give Thanks for the opportunity. Respect. 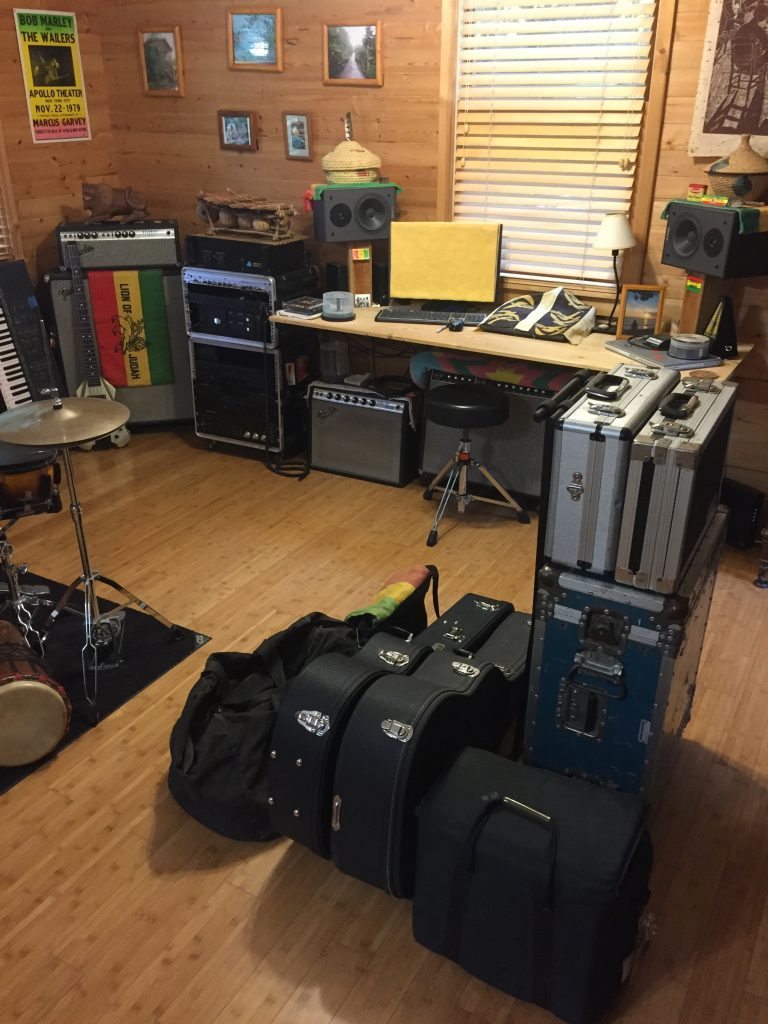 Dubbest: round table discussion + new live album →
wpDiscuz
We use cookies to ensure that we give you the best experience on our website. If you continue to use this site we will assume that you are happy with it.Ok