Rootfire’s “Rare Record Showcase” is a bi-monthly series dedicated to sharing top-quality Jamaican and Jamaican-inspired records of the past, that have heretofore unjustly existed under the radar of all but the most deep-diving music lovers. 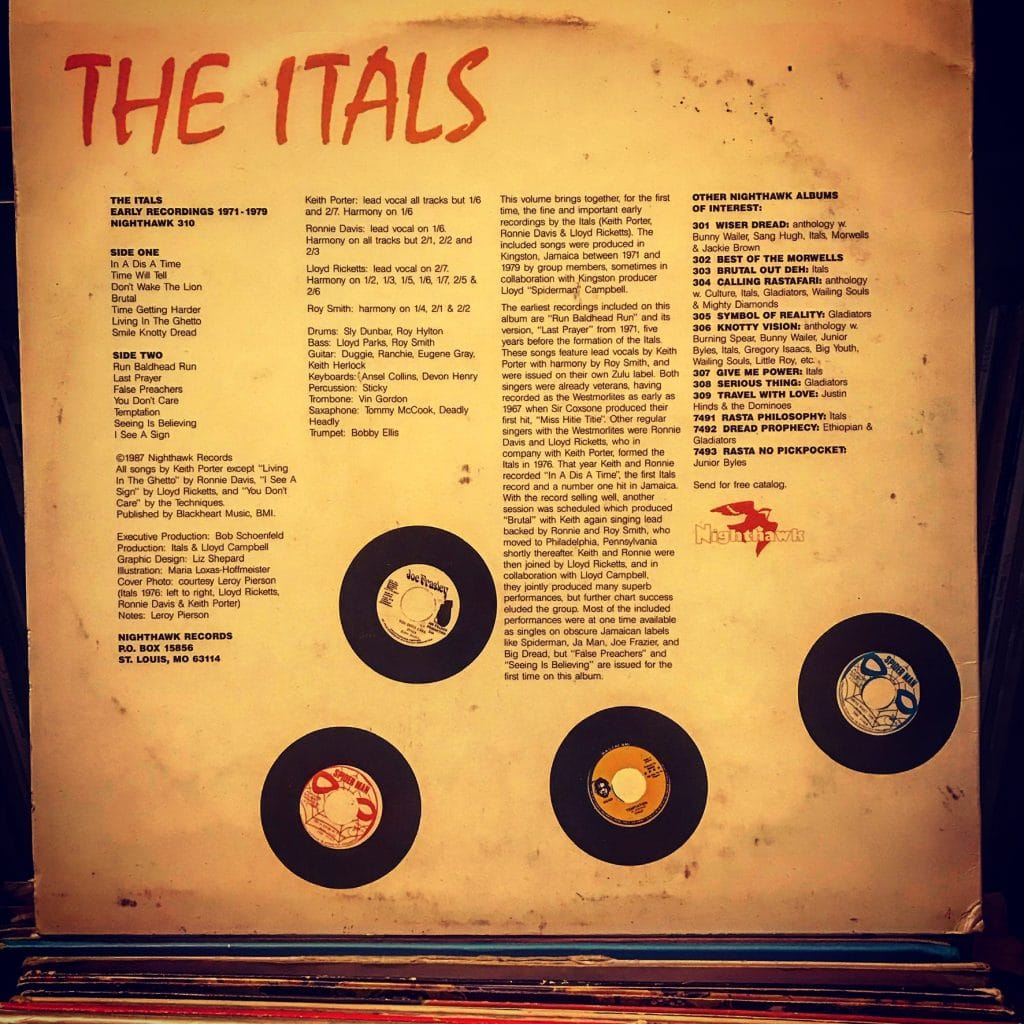 I discovered this record late, about 15 years into my reggae obsession. I guess it’s technically a compilation, bringing together tunes previously released only as 7” singles. Never heard of The Itals? Not surprising, though to me very confusing. I had never really heard of them either when I first heard this record. That seems crazy to me now. The song-writing, vocal performances and harmony arrangements are among the very best in reggae. The first track, “In A Dis Yah Time,” is considered by many to be one of the signature anthems of the 1970s Roots/Rockers sound. I tried to pick my favorite three tracks and it was impossible. “Smile Knotty Dread” might be my number 1. But so might “Temptation.” Or every other song.

Here’s what the back of the record has to say: 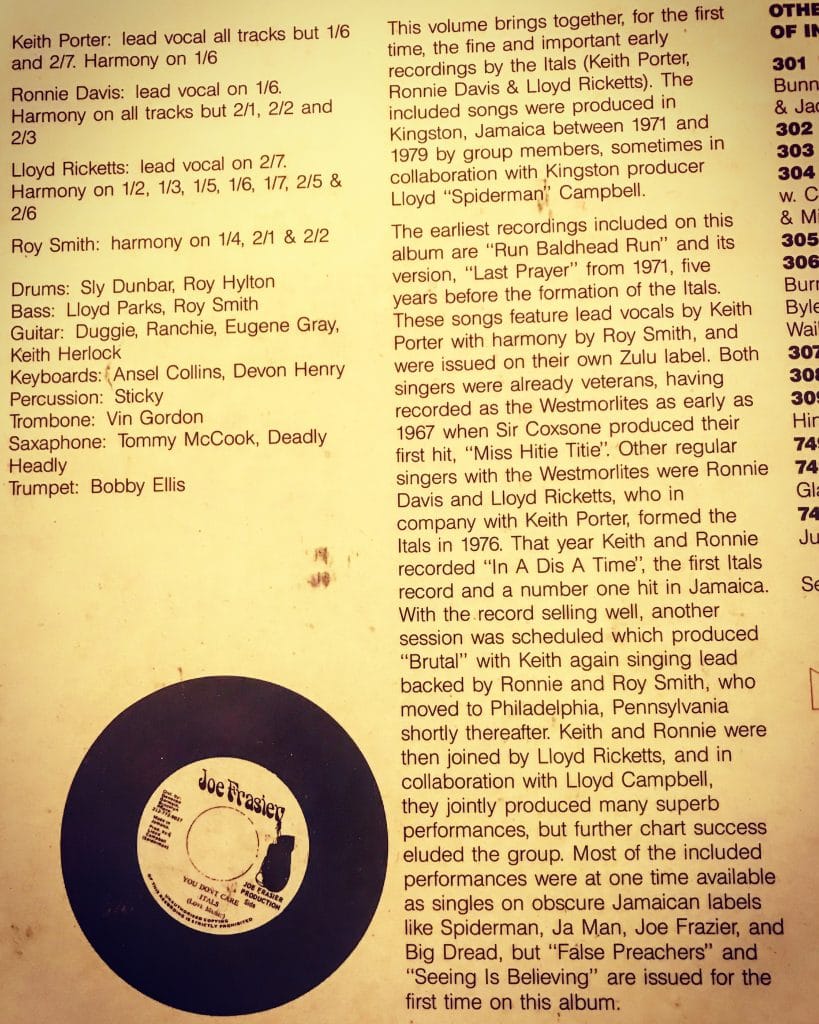