Rootfire’s “Rare Record Showcase” is a new bi-monthly series dedicated to sharing top-quality Jamaican and Jamaican-inspired records of the past, that have heretofore unjustly existed under the radar of all but the most deep-diving music lovers.

For this second edition of the Rootfire “Rare Record Showcase,” I’ve chosen one of my favorite Dub records, the late 70s scorcher entitled The Force Of Music – Freedom Fighters Dub. It’s a bit too rare for Spotify I guess, so here’s the YouTube Link.

I don’t know and could never find out much about this record. It was produced by Roy Cousins (of The Royals fame) and released on the Ballistic label out of the U.K. in 1978.

It is a near perfect example of Dub at it’s peak. Heavy un-recycled riddims recorded brilliantly, and expertly mixed and dubbed. I love every track, but my favorite is probably “Free Namibia Dub.”

If anyone knows more about this record, please send me some info! For everyone else, get ready for a half hour version excursion through Dub heaven. 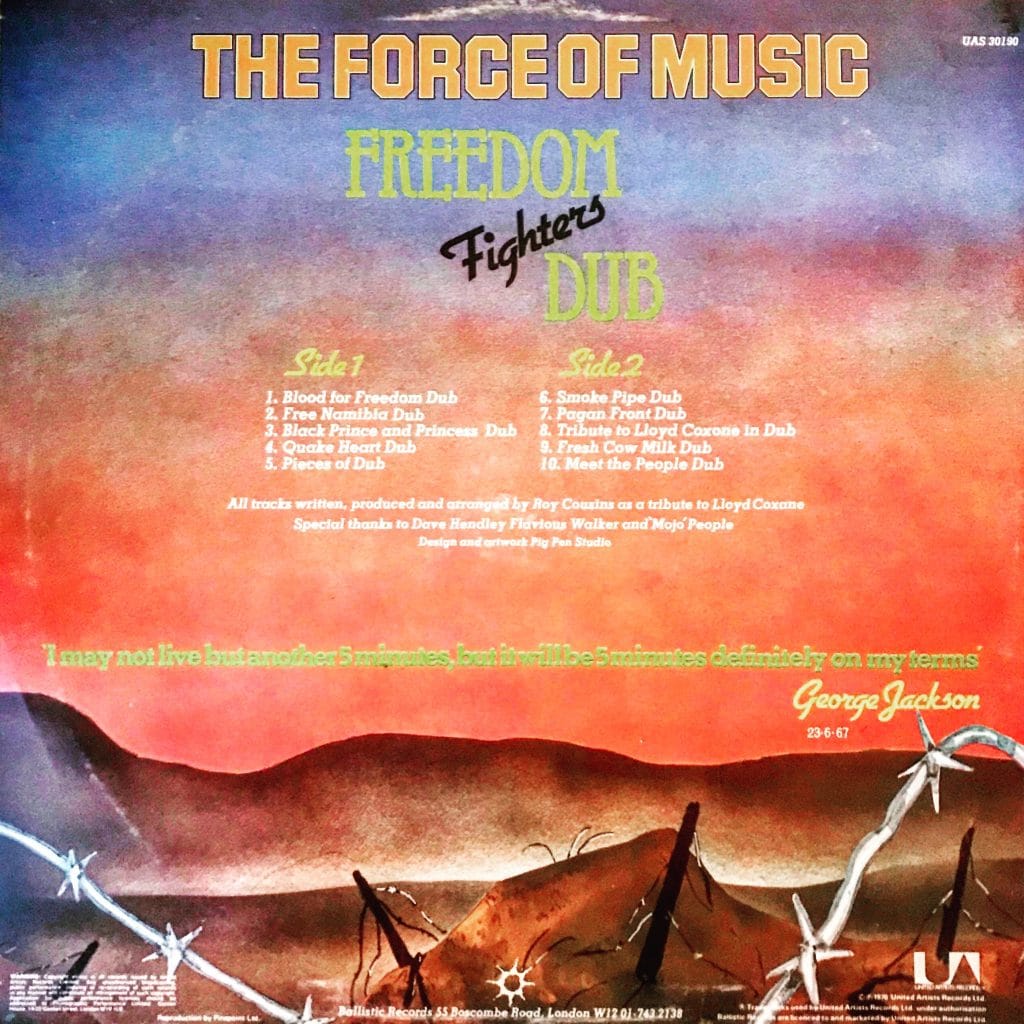