Summer solstice is approaching, and on this longest day of the year organizers of the Ithaca Reggae Fest are taking a chance to look at their past while keeping an eye out for the future. The community-oriented festival, now in its second year, is displaying the kind of big picture vision and attention to detail often missing from up-and-coming music fests. As they prepare for their June 23 celebration in Stewart Park, featuring headliners Clinton Fearon, Sister Carol and The Meditations, Rootfire is helping to get out the word, and giving away a pair of tickets to boot.

The mission of IRF continues to focus on raising money for, and awareness around, the environmental protection of Cayuga Lake, the longest of Central New York’s glacial Finger Lakes and a staple of the Ithaca region. Putting philosophy into action, this year’s festival will again be a zero-plastic event. Make sure to get there early on Saturday—the day’s festivities kick off with a traditional Cayuga water ceremony presented by the Cayuga Nation, offering blessings for Cayuga Lake and the festival itself. In addition to the amazing musical talent at this year’s event, there will also be a number of public speakers addressing the crowd, including this year’s keynote speaker Sandra Steingraber.

Welcome to Forever Party: Northeast Reggae at its Finest

Balancing their forward-facing focus on sustainability, this year’s event will also be diving deep into a look at the history of reggae in Ithaca through an exhibit in collaboration with the History Center in Tompkins County. Learn more about the history of legendary Ithaca venue The Haunt and how part-owner John Peterson put Ithaca on the map early on with touring acts from the Caribbean, all while listening to some of those same performers as they take the main stage in Stewart Park.

This reggae history exhibit can be found in the Education Village, one of four different villages within the festival grounds. Festival attendees will also want to make sure and stop by the Wellness Village (where yoga will be happening throughout the day), the Youth Village (created and sponsored by the Child Development Council and featuring games, face painting, bubble play and more…plus don’t forget that youth under 16 get in to the festival for FREE) and of course the International Food Village (’cause we all have to eat!).

Saturday is the main event, but the party is all weekend long with a pre-show Friday at The Haunt featuring Big Mean Dub Machine, Root Shock, The Analogue Sons and DJ ha-MEEN (keep an eye out for many special guests Friday night as well). Saturday’s after-party, also at The Haunt, features Double Tiger Sound System, while an acoustic afternoon with Clinton Fearon and Kevin Kinsella at Ithaca Beer Company will wind things down on Sunday.

At Rootfire, we identify with an Adinkra symbol of West Africa called Sankofa. The image is of a mother bird, whose body is facing forward toward the future as her head is turned back to the past, all the while her eyes are centered in the present at the egg she holds b 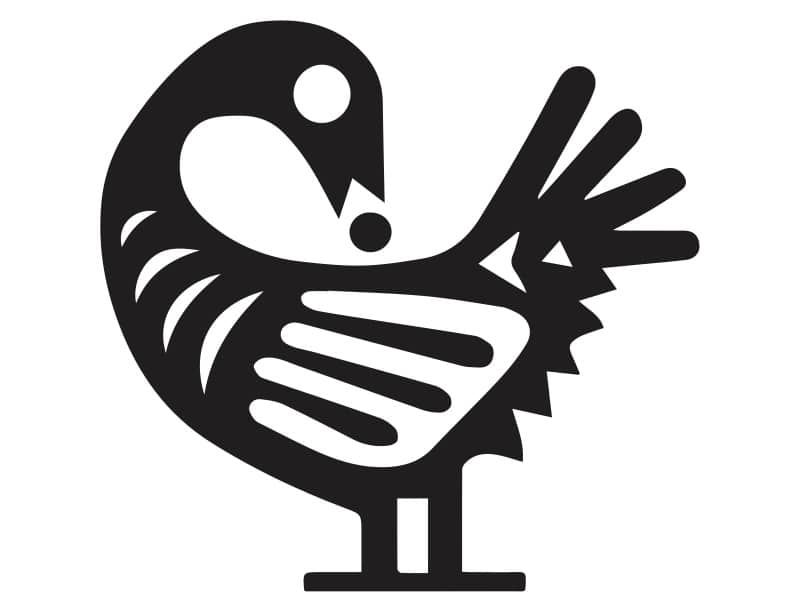 elow her beak. Our friends at Ithaca Reggae Fest share this wide vision of the future, the past and the present, and have organized a weekend dedicated to spreading their vision across the Central New York music community. In the words of festival partner Russ Friedell:

“I am honored to be a part of such a great team working for such a beautiful cause to bring our communities together in celebration of the deep reggae history of Ithaca, while raising awareness of the critical environmental issues our waterways face in these times. Together we can make a difference and this annual event seeks to be that gathering place for positive change to begin.”

Win a pair of Weekend Passes to Ithaca Reggae Fest!

← Art Doesn’t End at the Edge of the Canvas