A Phone Call with Joshua Swain of The Movement 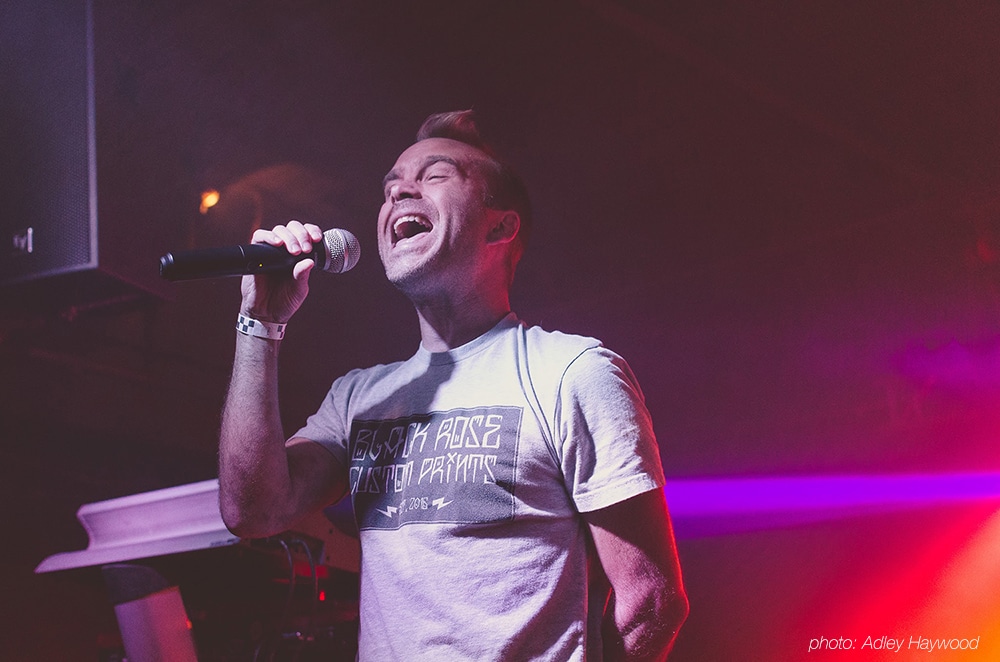 It’s the classic story of years of hard word, grinding it out on the road, making a name for yourself slow and steady. It’s a way of life familiar to many bands, but only the select few make it even so far as to call it a viable livelihood. With over a decade of touring under their belt, a new album released on the Rootfire Cooperative which charted #1 on the Billboard Reggae Chart, and appearances with the genres top acts including Slightly Stoopid and Iration, The Movement are well on their way toward experiencing the kind of success many bands aspire toward but never achieve.

The Movement is currently on the road with Jamaican neo-roots pioneers New Kingston; the combination of these two bands on one bill being the definition of bang for your buck. Rootfire contributor Dave Shiffman hopped on the phone with The Movement’s frontman Joshua Swain at the beginning of their run with New Kingston to talk about life on the road, upcoming releases, and the quest to build the perfect band.

Included here is an excerpt from Dave’s chat with Josh – check out the interview in it’s entirety on the Rootfire Soundcloud page, or by clicking below.

Dave Shiffman: You’ve been on this tour for about ten days so far, has there been any highs or any lows yet, or has it been pretty much just even keel?

Joshua Swain: Well we had a really good amount of time off before this, it was almost like two months, and when you have that kind of break you kind of lose…..you know we came off the Slightly Stoopid tour and it was every day for like three months and then two months off you kind of lose touch and you lose the meshing together of the band members, you kind of forget the songs a little bit, and your parts and stuff like that. We only had a day of rehearsal before the tour, so the first show was a little rough, and the turnout wasn’t as good as what we were hoping, but since then every day has been a little bit better and a little bit better and the crowds have been better. So as the tour’s progressed along it’s been better and better.

It’s cool to get to know the New Kingston guys and this has been one of the few tours where we’ve had a really solid opening band with us the whole time. It’s good to have that instead of just having a local act open up and a different one every night. You build a relationship and build the foundation for a good tour that way. Really I just only see things getting better and better as the tour goes on.

DS: Are there any aspects of touring with New Kingston that differs significantly from touring with other bands you’ve toured with in the past?

JS: I’d say so. You know in this scene that we’re in it’s kind of a rarity to come across a truly roots reggae band that has their kind of mentality and their culture and their origins based in real Jamaican roots music. So that’s different for us to be in that part of the scene. It’s kind of like, I don’t know… you can draw a really big distinction between an American reggae act [and a Jamacian one]. I don’t want to involve any sort of racial meaning behind it, but there is something to be said for a true Jamaican band that is steeped in Jamaican roots culture. And what it does for me is it authenticates the meaning behind the origins of the music that I play. I don’t consider myself to write or play any sort of roots reggae music at all. I grew up on Marley first, but trickled down to like Sublime and 311 and Slightly Stoopid and stuff like that and that kind of became the dominating force. It’s good to be able to go full circle and play with a band that really embraces that roots culture.

DS: You mentioned before that you had a couple months off before this tour and I was looking at your guys’ tour dates just to get some perspective and I realized you guys practically live on the road. You have to be doing more dates per year than most bands in this scene. Your two months off must have been so foreign to you. A couple questions about the extensive touring that you do: how do you keep your house plants at home alive? How do you find living on the road, do you enjoy it? Or is it more like a necessary evil just to pursue your craft.

JS: How do I keep my plants alive…[laughter] first of all I live with my girlfriend so she is their and works and takes care of the house and all that, but in all seriousness I’ve been touring since 2003 or 2004 and it used to be that we were doing 250 days a year for a long time. And that was like playing in front of nobody, just grinding and grinding and grinding and partying really hard and living this weird lifestyle. I feel like I have this separation between my former life and my band life where I don’t even remember anything before this.

That being said now it seems pretty relaxed. You might look at the dates and be like ‘oh man it’s crazy, how is this done?’ but now it’s a different animal. First of all, I’m 3 years sober, so that makes just living in general super easy. And we have a great management team, I have a great tour manager, sound man, just a great crew. We’re pretty comfortable on the road. Even with Stoopid we had at least two days off a week. We’re staying in decent hotels and making it work that way. The money is okay to where we can get done what we need to get done without stressing super hard. It’s not like we have a bus, but we’re living okay.

Luckily I think we’re at a point now where everyone is older and we’re just enjoying it, nobody’s really stressing any more. I hope everyone can be on that same page as me where it’s like…just enjoy the day you have and be thankful that anybody’s even showing up to the shows, ‘cause it’s really a blessing that that even happens. There’s so many bands out there, great bands, that that doesn’t even happen for.

DS: I don’t know the exact date you acquired Ross and added a keyboard player, but how has that affected the touring?

JS: I look back at us as a three piece and I’m just astonished that we ever did that. I personally now just think that it must have sounded terrible. I watch some YouTube videos and listen to recordings and stuff and it’s just really missing something. It’s crazy that we even did it as a three piece. I think that just goes to show our drive and blind determination at the time to just be touring and be relevant in the scene still, even though I think it ultimately kind of hurt us to play the shows we did as a three piece. There’s definitely an element missing of fullness that a band needs in order to present themselves in the way they should be presented to a crowd of people, and luckily we found Ross and man it’s just super exciting to know he would even tour with us. He really adds what I’ve always wanted to the band. So all I can ask for now is a percussionist, two horn players, and three female backup singers, and… the list goes on and on. But at least he’s the first step to making it to where I can actually live with myself when I listen to the recordings.

Listen to this interview in its entirety on the Rootfire Soundcloud page. Catch The Movement on tour with New Kingston now, and Iration in January. 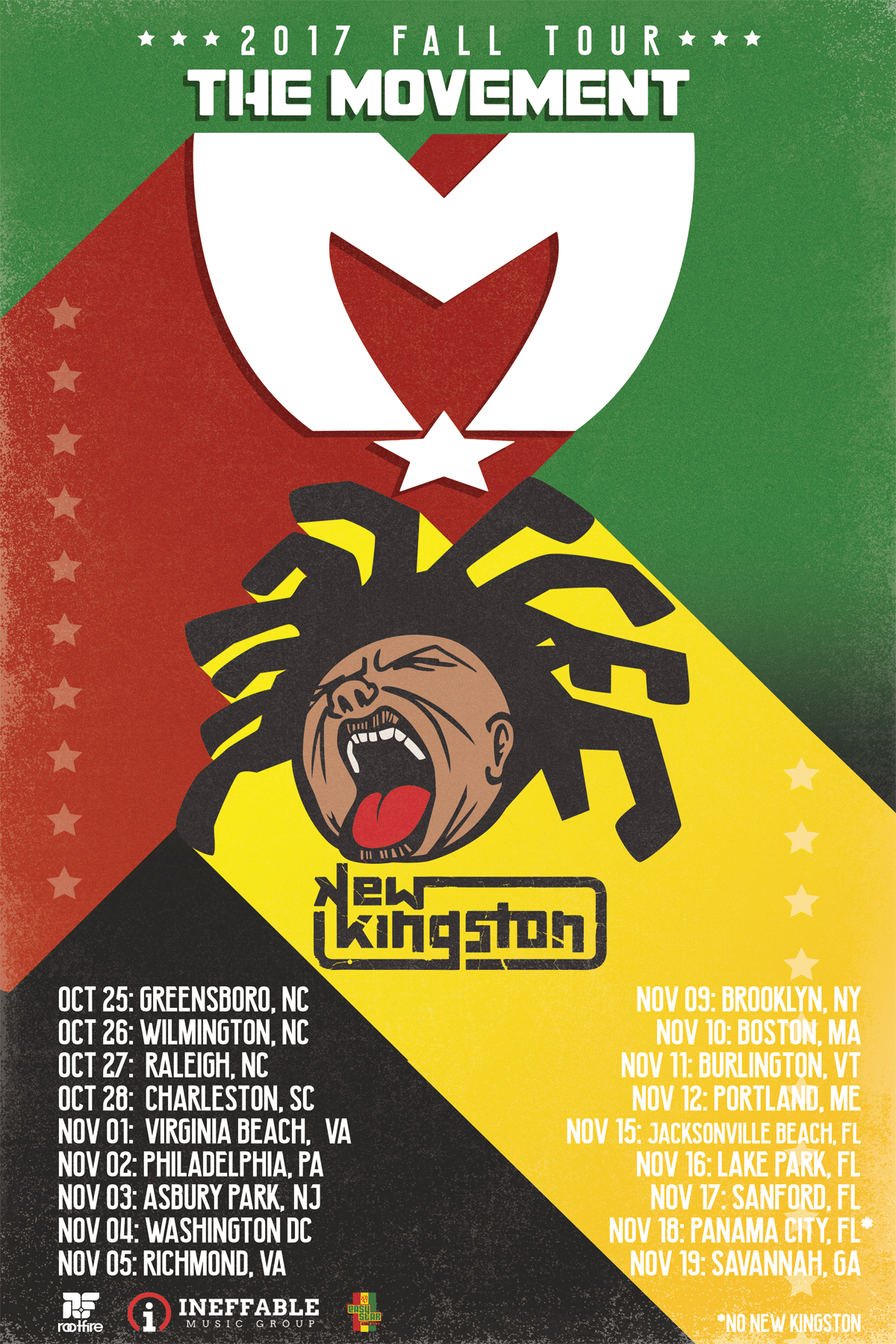 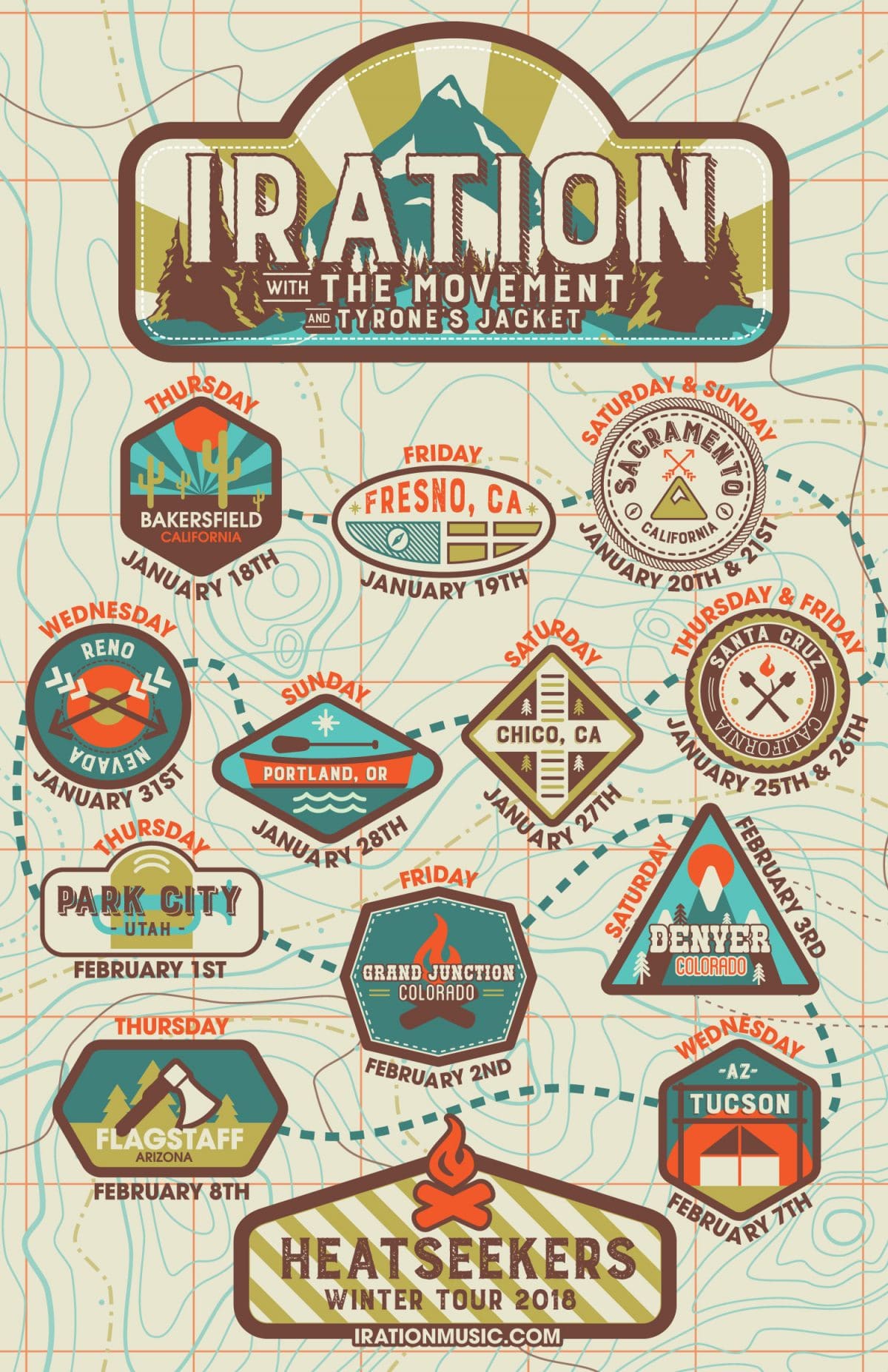 The B Side: Jr. Thomas & The Volcanos – Brian Wilson →
wpDiscuz
We use cookies to ensure that we give you the best experience on our website. If you continue to use this site we will assume that you are happy with it.Ok