Red Ninja made his debut on Rootfire, sharing an insightful article about how patience could be an antidote to the pressures that come with releasing an album. Patience is aided by confidence; when you know you have something good, it’s a little easier to enjoy the process and not rush the release. That’s the vibe I get from the Red Ninja; he finds magic in the process as well as the planning. Like a tennis player battling for victory three sets at a time, the procedure of writing, recording, and releasing music requires mental strength wrapped in an agile exoskeleton. Ninja training of sorts. Studying Effectuation could be part of that training….more on that below.

But first: Red Ninja is set to release his debut album Posidub on Tuesday, July 26. Listen to the title track:

Second: Red Ninja’s path to preparing his album release is inspiring- he controlled his own fate, pivoted when he needed too, and enlisted the help of A level studio and mixing engineers to ensure he was releasing a great product. Read about that here.

Third: This album invoked my personal interest in the principles that define Effectual Logic. The second half of this post is an attempt to shed light on my understanding of Effectuation with examples split between my own experience at Rootfire as well as examples taken from a peripheral view of the Red Ninja album campaign.

Through Effectuation, you may discover a framework (ninja training) that can help you find direction within your own projects, whether they be the release and creation of art or another form of entrepreneurship.

[Still with me? Then dive in]

A few years ago I had a business coach named Ian. Ian was a professional bicycle racer turned Effectuation junkie. We met in the UVA Business School lobby, where I was quick to tell Ian about the direction I hoped to take Rootfire later that year. I shared my aspirations to develop my own voice in the reggae scene through writings and by giving heed to the things I cared about outside of music, such as gardens, soccer, and bicycles. I knew I wanted to start sharing through Rootfire, but did not know where to begin. On our first meeting Ian handed me a binder full of photocopies about what Effectuation was and how it could be used. These principles turned into a map that would help see me through a merger between Rootfire and Ineffable Music Group, the launch of Rootfire At The Beach, and sow some of earliest seeds of the Rootfire Cooperative.

Effectuate: (transitive) to cause to happen; effect; accomplish.

Effectuation: an idea with a sense of purpose – a desire to improve the state of the world and the lives of individuals by enabling the creation of firms, products, markets, services, and ideas.

When developing ideas for art or business start with yourself:

‘Who are you? What skills do you have? Who do you know?’

<<imagine all the possibilities that originate from your own means>>

When starting Rootfire: I loved reggae music and had an understanding of the music industry through my experience as an artist manager. I combined this experience with promoting music on the website, as well as telling stories about work-life balance, food, and other outdoor experiences through Rootfire.net. Who you know- I have many friends who are musicians and thought that if I got things going they would be interested in contributing about things that mattered to them like art, music, world events.

‘Expert entrepreneurs limit risk by understanding what they can afford to lose at each step, instead of seeking large all-or-nothing opportunities. They choose goals and actions where there is upside even if the downside ends up happening.’

When investing in Rootfire: Although I was earning a living managing bands, I invested all profit back into Rootfire. Instead of launching with a financially risky product ie. one that if it did not work out could bankrupt the company (like a festival, starting a record label, a clothing line) I kept overhead low and began one step at a time. For the first few years we never risked more money on any project than we safely could afford losing. Many times we lost all of that money before we ever did anything that made money. By only taking on affordable risks we stayed in business, and eventually we were able to try out some of the risker stuff like festivals, merch etc.

‘Expert entrepreneurs build partnerships with self-selecting stakeholders. By obtaining pre-commitments from these key partners early on in the venture, experts reduce uncertainty and co-create the new market with its interested participants.’

Example of the Crazy Quilt as seen through my experience meeting Red Ninja:

Last February Red Ninja introduced himself to Rootfire, and sent us a sneak-peek to his new album, months before its release. He pegged Rootfire as a potential stakeholder that would be interested in premiering his music perhaps through our admiration for Matt Morano who mixed the songs. It did not take long for us to make commitments to share the music. Some weeks I get dozens of emails with links to music but we only share a small fraction of those albums that come in. What made Red Ninja stand out was the quality of his writing in that first email, as well as the straightforward genuine invitation for us to become part of the release process that he was undertaking.

When an album’s release is delayed many artists feel deflated and struggle to look at the opportunities that time could bring to the release. That time gave Red Ninja a moment to reflect on the process he was undergoing and double down on creating meaningful assets to launch his debut album with. It also gave us a chance to premiere songs on back-to-back weeks, extending the campaign longer than if the album had come out in April as it was first slated.

‘By focusing on activities within their control, expert entrepreneurs know their actions will result in the desired outcomes. An effectual worldview is rooted in the belief that the future is neither found nor predicted, but rather made.’

I think that is what gets me most excited about the sub-genre of Loop-based dub that Red Ninja is part of… it’s all within the producer’s control. His/her individual actions determine the outcome in real time. The artist is the pilot, the music is the plane. 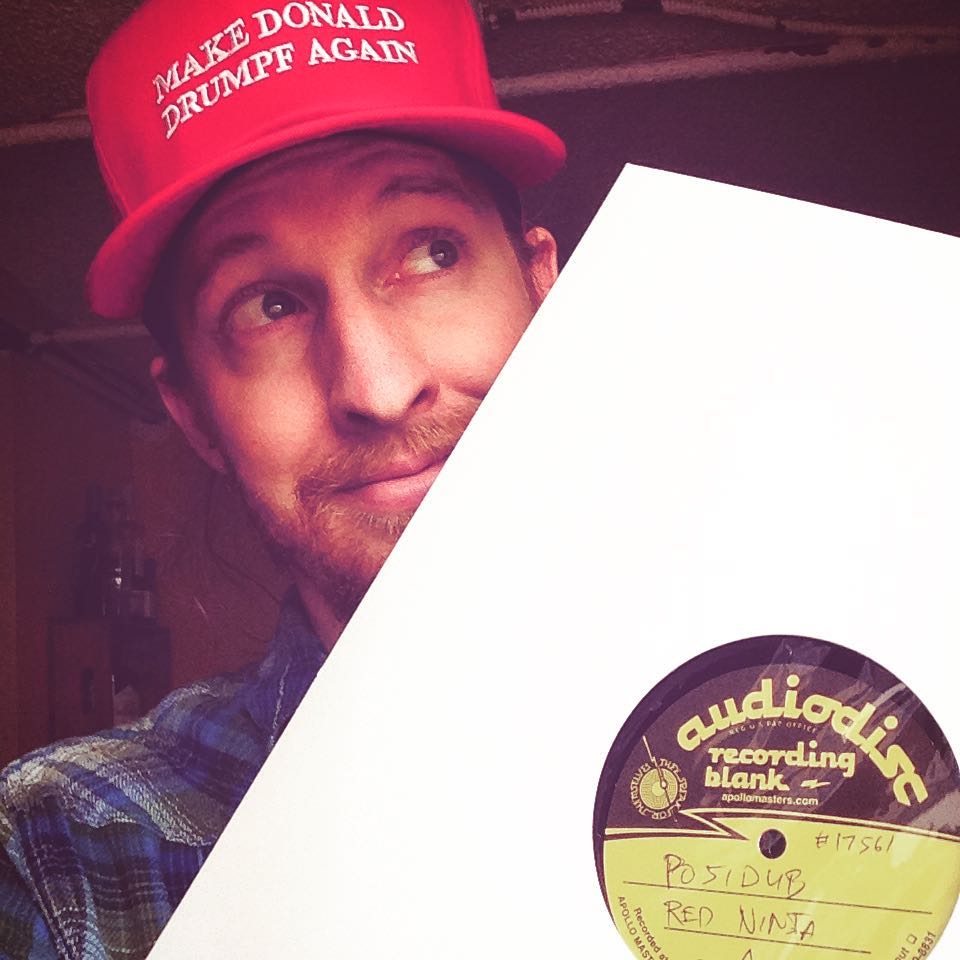