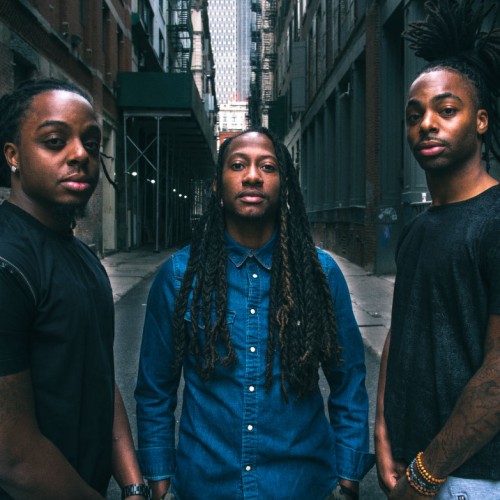 NEW KINGSTON formed in 2006 in the basement of their Brooklyn home, when brothers Tahir (keys), Courtney Jr. (drums) & Stephen (guitar) began covering music by the likes of Bob Marley, Earth Wind & Fire, Dennis Brown, Michael Jackson, The Whispers and many more. The three brothers, under the watchful eye of their father (and bassist) Courtney Panton Sr., called themselves New Kingston to appropriately reflect a combination of their Jamaican heritage and their present lives in progressive New York City. The musical styles of both places informed their sound and songwriting.

“We used to come home from school and we’d be marched right down to the music room by our dad,” said Stephen.

They began performing in other basements and small backyard parties around town, all the while developing their skills and beginning to write their own original music. Talent rises to the top, and soon enough New Kingston started a heavy touring cycle supporting reggae stars such as Rebelution, The Green, SOJA, Matisyahu, Beres Hammond and Collie Buddz, while also securing spots on notable festivals such as the California Roots Festival, Reggae On The River, Summer Jam (Germany), and Uppsala Reggae Festival (Sweden), to name a few. For a while, they joined Collie Buddz to tour as his backing band, which exposed them to international audiences, while continuing their education on what it takes to make a great live show. It also helped them realize they had tons of their own original material and they quickly moved from that role to being a headliner on their own.

The band’s background and upbringing are reflected in their approach to the industry, as well: they are truly a U.S. reggae band, part of the movement that has revitalized and evolved the genre domestically, with a focus on digital marketing, heavy national touring, and never sticking to a stale formula for what reggae should sound like. As second generation Jamaican-Americans, they are able to just as easily hold their own with the traditional reggae scene.

New Kingston self-released two full-length albums: In The Streets (2010) and Kingston University (2013).  The band recently announced the signing to New York-based reggae label Easy Star Records and will release their third studio album Kingston City on January 27, 2015.  The record features collaborations with Tribal Seeds, Kimie Miner, France’s Dub Inc., Sister Carol, The Wailing Souls, and the late, great father of dancehall, Sugar Minott. If that guest list doesn’t give you a snapshot of the combination of the old world and new horizons that New Kingston is all about, nothing will.