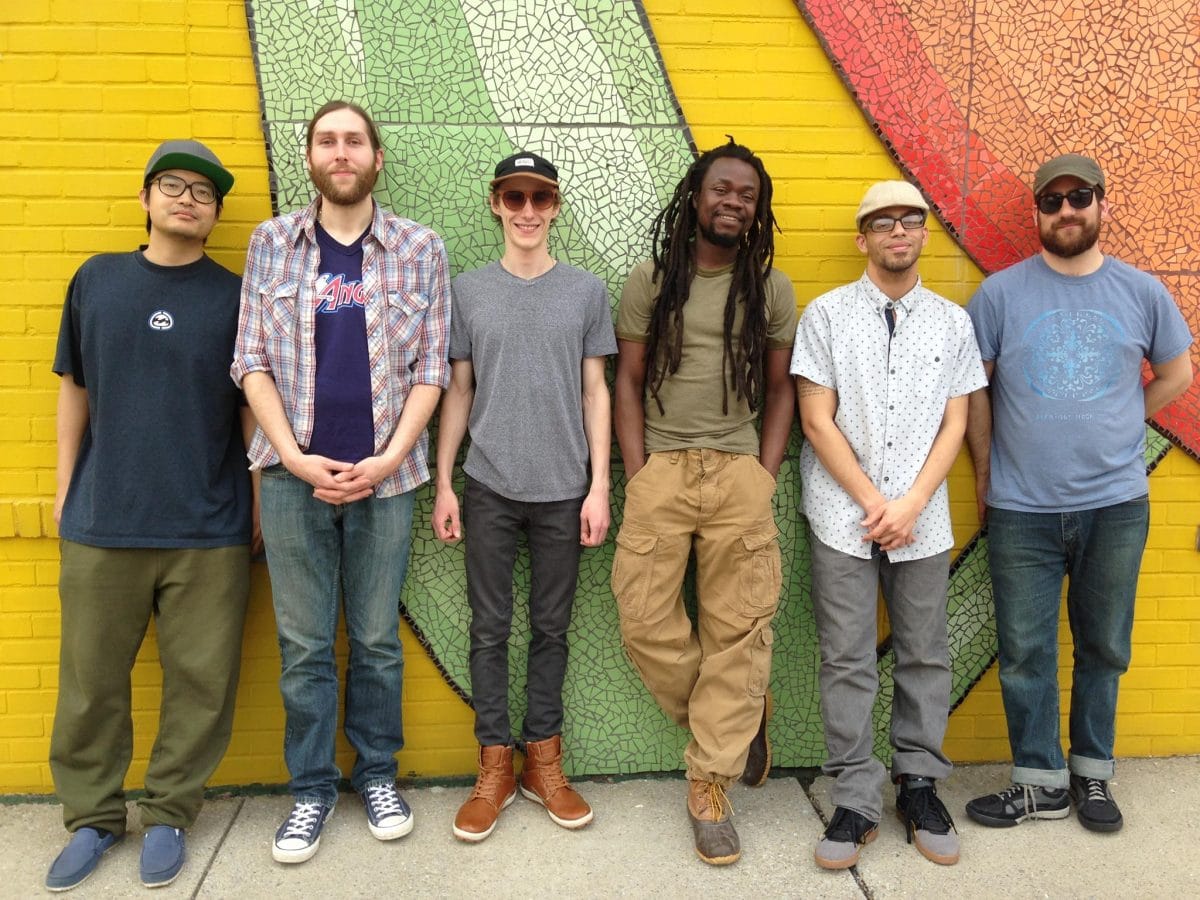 When I was younger, I used to find bands before they hit the mainstream, and selfishly keep them to myself, with the mentality that they were “my band.” It was the result of wanting to hold the music close to my heart. But as reggae became my most revered genre, I realized that sharing conscious music with the masses is the little piece I can play in making the world a better place—and I can still hold the music close to my heart in the process.

True roots reggae is impactful at its core and it has become as equally important for me to learn and share information about where this music comes from and the people who make it, as it is to share the music itself.

Mosaic Foundation is a beloved part of the reggae scene in the Finger Lakes region of New York state, yet they have been flying surprisingly under the radar to the rest of the country since they formed in 2009. I stumbled upon their music a few years ago in a glorious accident, thanks to those suspiciously accurate YouTube recommendation algorithms. Upon first hearing the rootsy melodies and uplifting lyrics on their self-titled debut, Mosaic Foundation, I walked over to my speakers and turned up the volume, thinking, “Yes!”  Here was a band who I felt aligned with the original spirit of reggae, and I felt relieved to have found them. I absorbed the sound of the album in its entirety, elated with my accidental discovery, only to be even more shocked when I found out that they were a modern band from this day and age. From that day forward, I’ve placed them on my short list of favorite American reggae bands.

Their latest album, Unity is Strength, was released on April 20, 2018. To say it simply, I love it from start to finish. Every song holds true to their consistent quality and style. The melodies range from elevating to haunting. Every song is a spiritual call to action. Their use of organ, horns, and bouncy riffs appeal to lovers of John Brown’s Body and Giant Panda Guerilla Dub Squad, while lead singer Cha Cha’s voice is contagiously energetic. I asked the band what they wanted to convey in terms of the message of this latest album, especially with everything happening in the world right now.

“Just like Bob Marley said,” Cha Cha continued, “When shall this come to an end? We need to take a stand. Our leaders are not taking the stand. So who is going to lead us on to that promised land where peace, love and harmony flows like honey and milk?”

“The last song on the album, ‘Too Long’, is saying things have been messed up for too long,” added guitarist Mike Corey. “A positive movement is overdue and it’s calling people’s attention to what’s wrong, and providing them some solutions and ideas for people to come together and work on things.”

Unity is Strength holds true to Mosaic’s ongoing messages, but sonically, it’s a step up from their previous releases. Zach Dumrese, Mosaic’s sound engineer, explained how the band laid down tracks with David “Solid” Gould, the former bass player of John Brown’s Body, over a few months in Ithaca. Overdubs and mixing were done at the Green Room in Rochester by Matt Ramerman, a favorite engineer amongst local bands.

A Collaboration. A Mosaic.

Mosaic Foundation’s album covers are designed by their bass player, Aaron Sprague, with input from the band. The cover art on Unity is Strength is consistent with the band’s theme.

“It’s taking pieces that are individual little pieces of art by themselves, and putting them together to create a bigger picture. And that’s kind of the bigger message of the music as well,” explained Mike.

“Simply putting ourselves together to make a beautiful picture, coming from all the continents to represent the world,” said Cha Cha.

The same idea can be applied to Mosaic Foundation’s songwriting process. Ken Luk (Guitar, Melodica, Keyboards, Vocals) explained how everybody in the band writes songs. There is no shortage of inspiration. Cha Cha writes lyrics almost every day, and Ken is always working on riffs. Likewise, Mike, JP and the other guys are always playing. “We all put our individual time into what we create,” Cha Cha stated. “When we meet together, we play as family.”

Mike added: “A song might start as a seed from one person or a sapling from one person, but we kind of all help it develop into a finished, big old oak tree.”

Respect to Jamaica in the Finger Lakes

Although the band members come from different locations, they unified through their love of roots reggae music. And the reggae scene is alive and well in the Finger Lakes region of New York.

“Rochester is a really funny and cool place because there are too many shows every night and you find all different kinds of musical genres,” said Ken. “So I think reggae is just one of those genres that, if you want to find it on any night, you can easily go to a reggae show in Rochester. It’s just part of what people have always listened to.”

“We all came from different places,” said Mike. “I grew up in Massachusetts, Ken in Hong Kong, Cha Cha in Ghana, so it’s kind of interesting that we met and had our different influences and backgrounds. There’s the community of bands here that have been playing for a while, and all the fans here. It’s definitely a fertile place for reggae music. The same ideas and mentalities that we’re working with are often the same things that you’ll see in JBB and Panda. I think they take their inspiration from the same place we’re getting ours.”

“Speaking on behalf of the band,” said Cha Cha, “Reggae music can’t go wrong. Sweet reggae music. Originally from Jamaica. Roots culture—that is the foundation. We look back to the work of our early leaders of reggae music: Ken Boothe, Bob Marley, Joseph Hill [Culture], Dennis Brown, Luciano. We can’t take another path than the way they took. And we all listen…we all have our mentors from the foundation. When I was young, I listened to a lot of Culture, Burning Spear, Steel Pulse. So when we met along the way of life, we were already listening to and playing reggae. I think that it has a lot of influence. I would say the community we are living in has a reflection on us, but I would say it’s mostly from the roots rock foundation. That’s the place we pick our direction from.”

We live in a time when American reggae bands exist on a spectrum: Those who appropriate Jamaican culture, those who fully appreciate Jamaican culture, and everything in between. I believe that Mosaic Foundation is doing it right—fully upholding roots reggae and continuing the positive message in their current time and place.

But how can American reggae bands avoid falling into the area of cultural appropriation, regardless of how good their intentions are? I like how Mike explained it:

“As Cha Cha was just saying, I think our main thing is knowing the roots of it, knowing where the music’s coming from. There is kind of a duty to let your fan base know where these styles are coming from, what this music was born out of, what it originated from, and why these people were talking about the things they were talking about. Reggae was about people struggling, trying to make things better for their lives. I think that’s something that kind of gets lost sometimes along the way. Maybe some bands are, you know, maybe once or twice removed from the original roots. I think the other half is respecting contemporaries. There’s music coming out of Jamaica now that’s great music, and I don’t always see American reggae bands acknowledging that. It’s respecting the roots, the people who originated it, and respecting the people alongside of you that are still trying to progress it and move it forward from the place it was born out of.”

Mosaic plays shows during the non-winter parts of the year, mostly on the East Coast. They will be performing at Ithaca Reggae Fest in June along with Kevin Kinsella, Clinton Fearon, Sister Carol, The Meditations and others. With the creativity constantly flowing, the band will be bringing us new music in the future.

I hold their albums close to my heart: Mosaic Foundation (2011), Do Right (2012), and Signs of the Time (2013). Now that Unity is Strength is available, I hope the world will listen. I hope that Mosaic Foundation will become your band  too.

“It’s time we learn about one another. It’s time we understand one another. It’s time we live together. And it’s time we work together,” said Cha Cha. “If we are able to do this, we can understand our differences. Our differences shouldn’t be a stumbling block, but rather they should add to our communities and add to the development of describing who we are. Looking at our own histories, we need not be told what America is, or what America is made out of. It’s up to us. Our leaders are not coming down to our house to knock on our door to explain this to us. It’s up to us individually as citizens of Mother Earth. It does not matter the language I speak or you speak, or the god you worship or I worship—we are equal of the world and we have to come together.” 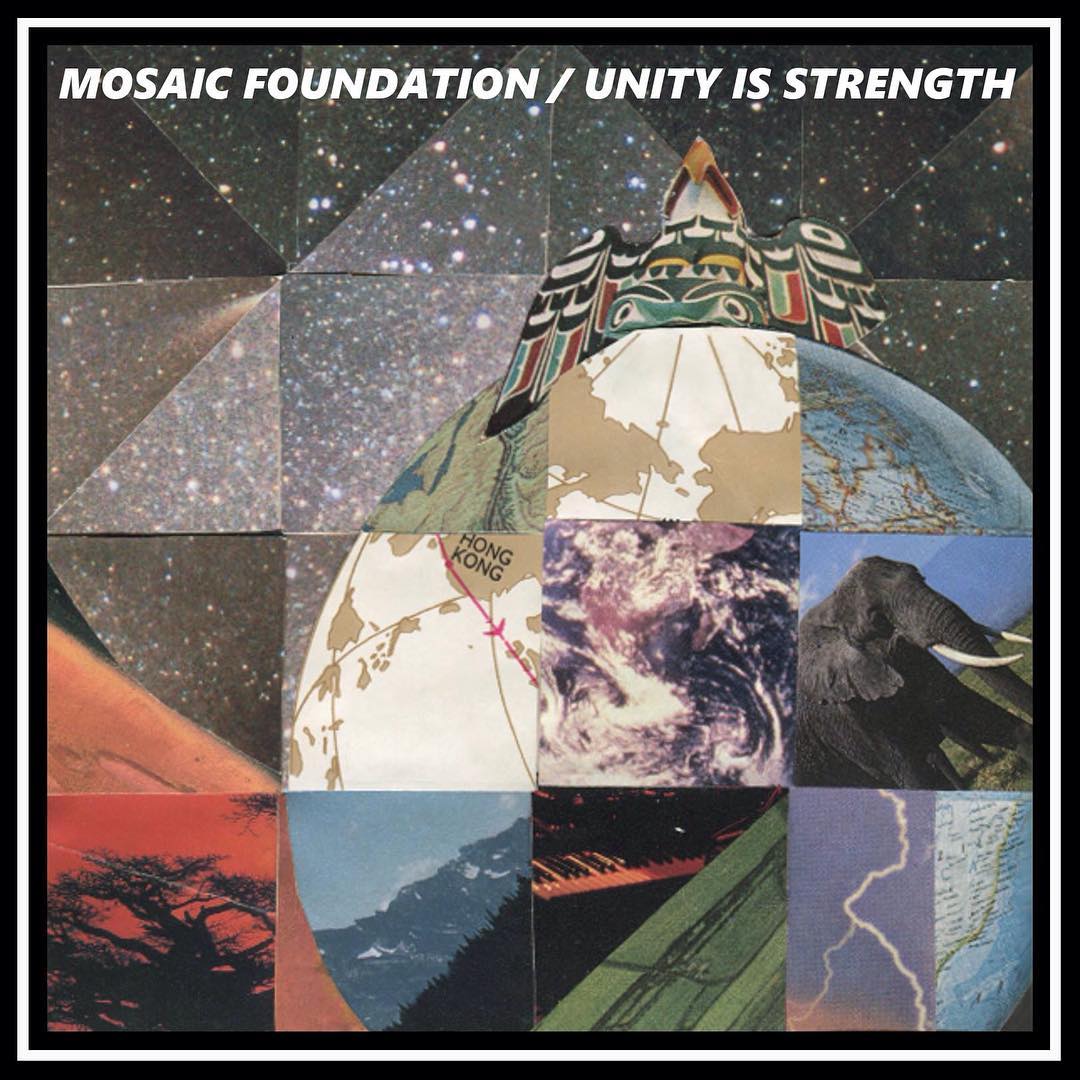 ← Back From The Depths: Fishbone Reborn