Three years ago yesterday I sent a message to the Rootfire email list offering to give away a piece of audio equipment. The list was in its infancy with 35 people total (today it’s around 3,600).

This was the message:

APC 40 Giveaway Details – Feb 2, 2013
We hope to expand the perception of reggae, dub, roots, downbeat, etc- into a mixtape series which blends the genres into a stream that sounds like progressive roots music. We want to empower people to create mixtapes which express their interpretation of progressive roots music. If you are a DJ, Artist, or Musician, who uses Ableton and would like an APC 40 to help you create and finish mixtapes please.. CLICK TO READ MORE

Brendan Dane (aka Alific) was working at the Smithsonian and took a break from his job as an audio curator to reply to the email. The next day I mailed him the APC40, no strings attached. It was his. A tool to spread good music.

Instantaneously we developed a friendship, eventually releasing music together. Later he joined The Movement for a US tour, all the while helping me tap into the music I loved so much. Brendan and I have become bandmates of sorts- working on Rootfire mixtapes. Today those collaborations have been streamed hundreds of thousands of times. Our mission of spreading and connecting our favorite music with music lovers around the world became a reality.

All from a random email blast offering free gear to whoever answered the call, with no idea of knowing what would become of it.

In 2016, my focus with Rootfire is to bring awareness of what a roots lifestyle could mean. A life inspired and unrestrained by the revolution of the one drop.

2016 brought changes to the look, feel, and voice of Rootfire. We are digging deeper into the passions, creative expressions, and the lifestyle choices sparked by our best friends.

For the past four weeks, Chris O’Brian graced us with stories that highlight an intersecting love of art in the life of a touring musician.

James Searl aka Semaj Surreal brought energy back into a conversation of music coming out today, pontificating on riddim in the 4th dimension.

Where has all of this left me? What could I share with Rootfire? How would that inspire? This morning I remembered the APC40, and what happens when you put something out there.

We are going to give something else away, but first, these four thoughts:

2: I wake up earlier. Last week I saw the sunrise every single day. That’s a first for me. I used to be protective of morning time, using it to indulge in projects that did not relate to work. But the thing is… I love my work, and what changed this year is that I wake up early and use the time to dive deep into creative projects that directly impact my work. Whether editing an article, photos, submitting expense reports or commission statements,  the pre-dawn hours at my kitchen table with a cup of coffee, and my computer open to a Rootfire or Ineffable project has become some of the most fulfilling computer time of my life. That said… I do still work on mixtapes in the morning occasionally 😉

3: Learning about bicycles has effected everything. Twice a week I take classes from an incredibly thoughtful bicycle wizard. From older Schwinns to Surlys, he has been teaching me a process for interpreting the bicycle in front of me, and the implications it has on the system as a whole. Last month my furnace broke on one of the coldest days of the year. I looked at it, and decided to call a repair man. Then I looked again, trying to see it as a bicycle. A few minutes later it was fixed. It actually just needed some grease on its gears.

4: I remembered cameras again. Not a phone. A camera. I had forgotten about the difference for a long time. Rather than take out my iPhone when the moment was ripe for a photo, I just didn’t take one at all. Rootfire gives me an incredible outlet to share, and photos do that. Cameras can’t text. They can’t Instagram or email- they just take pictures. They don’t distract like a phone does- they don’t cut into the moment and remove you. Cameras wrap up a moment like a gift.

Yesterday I found a camera that I don’t use anymore. It’s not fancy, but works well (a 12 Megapixel Canon Elph).

If you could use this camera, or have a friend who could, please let me know and it’s yours. No strings attached. Just let me know by sending an email to rootfire@rootfire.net. There are no rules, except that I have only one camera to send. If it inspires you to go outside, take a trip, or take a photo of someone you love without interruptions, it’s yours and I will mail it to you.

Below are a few photos I took earlier this week with my wife Erin, brother Jake, and my friend John T. We took a bicycle ride on Skyline Drive in Shenandoah National Park. The road was closed to cars and the rare Virginia snow was magical. 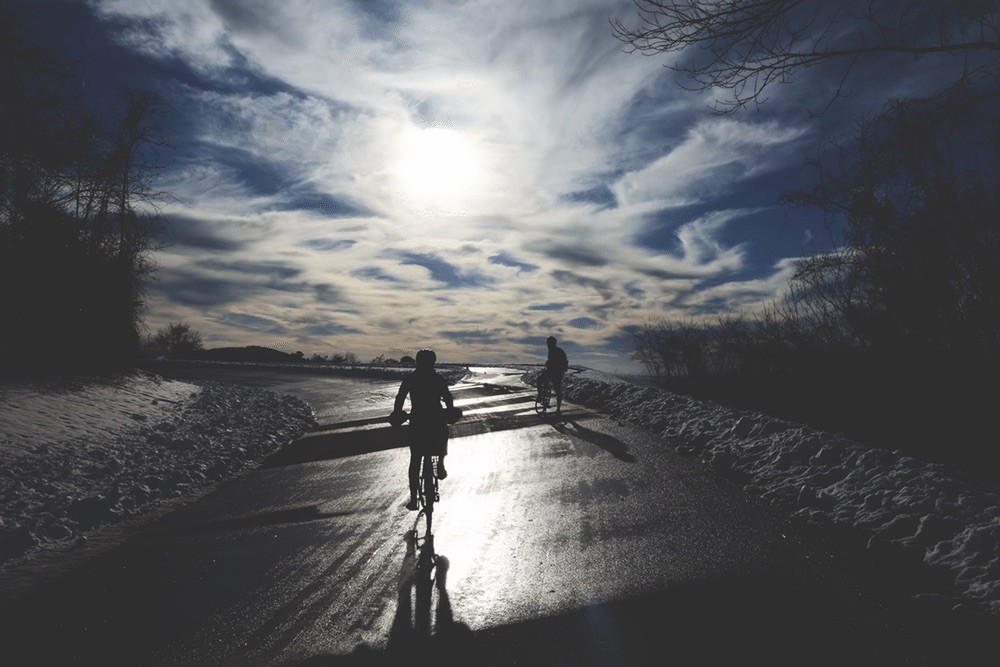 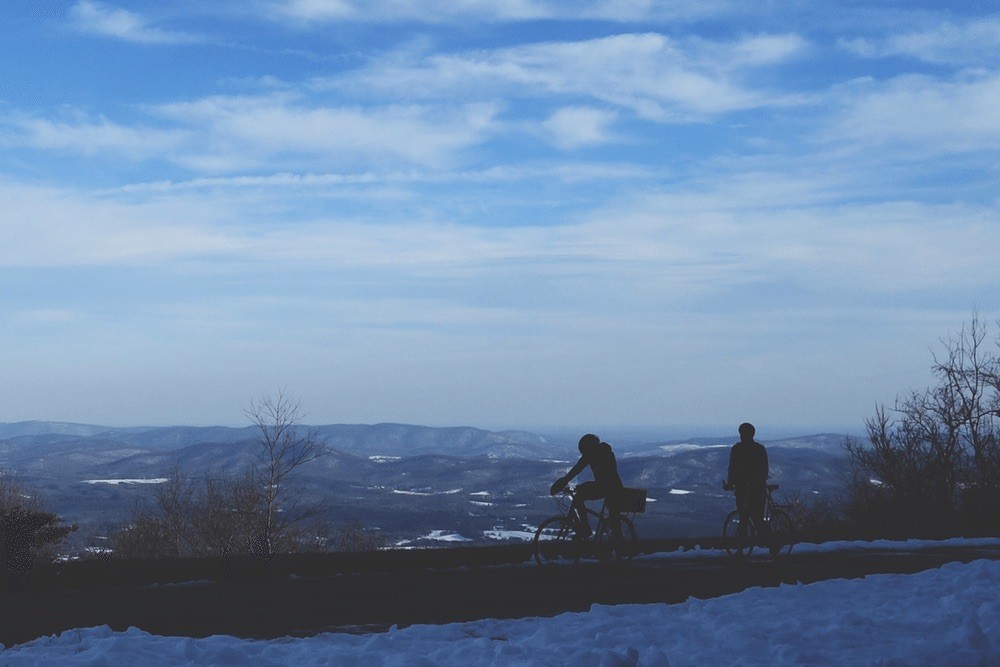 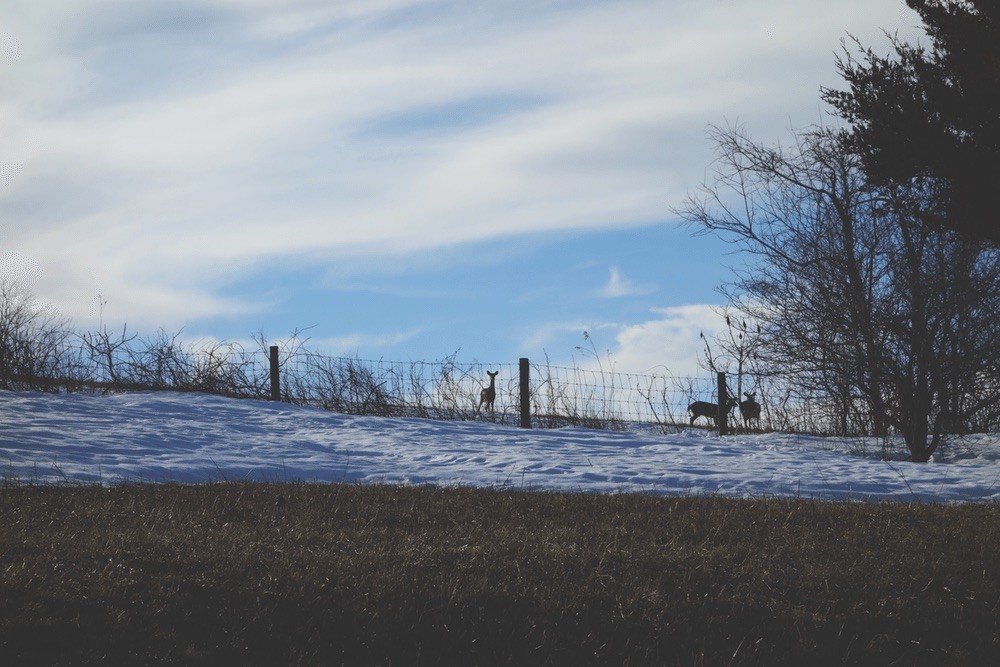 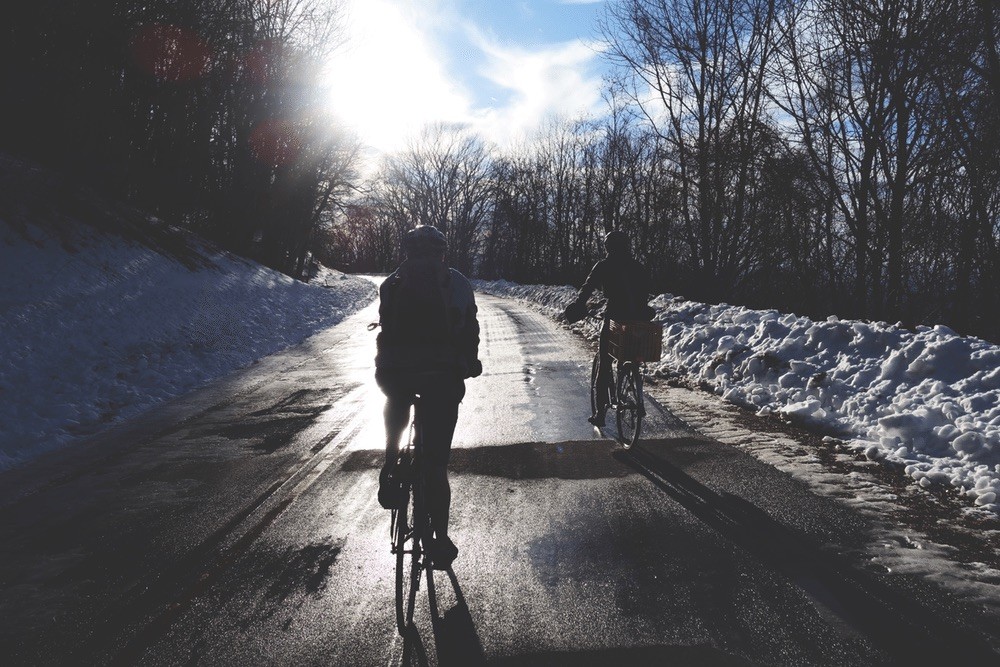 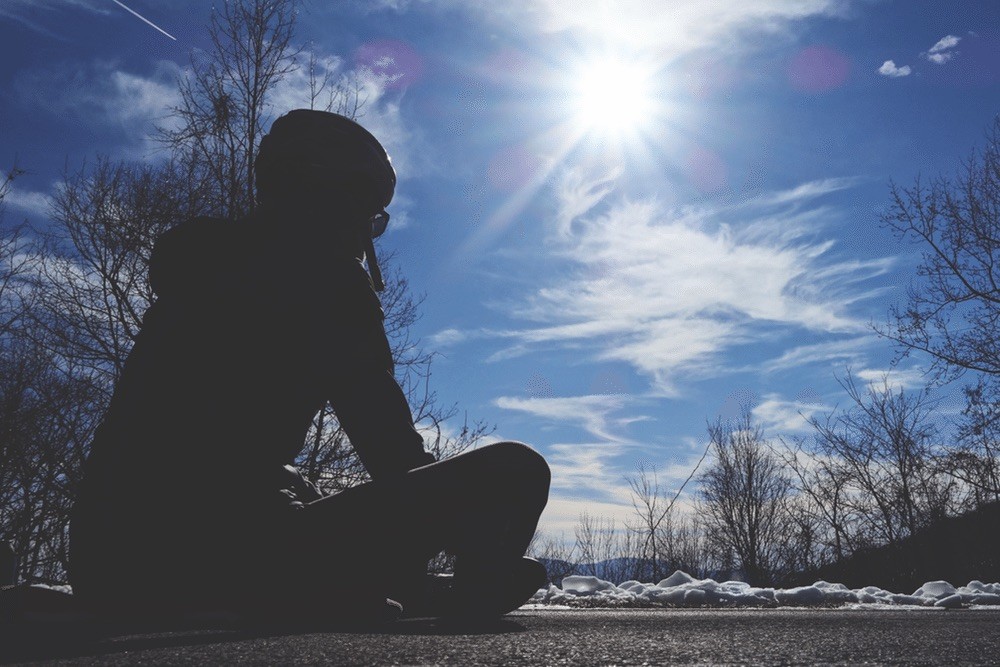 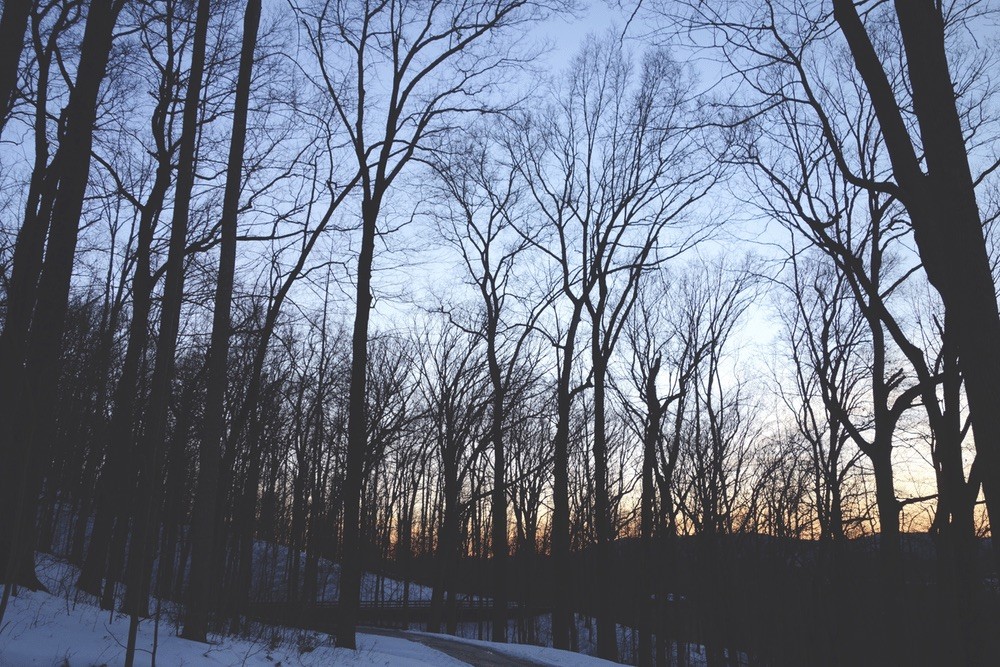 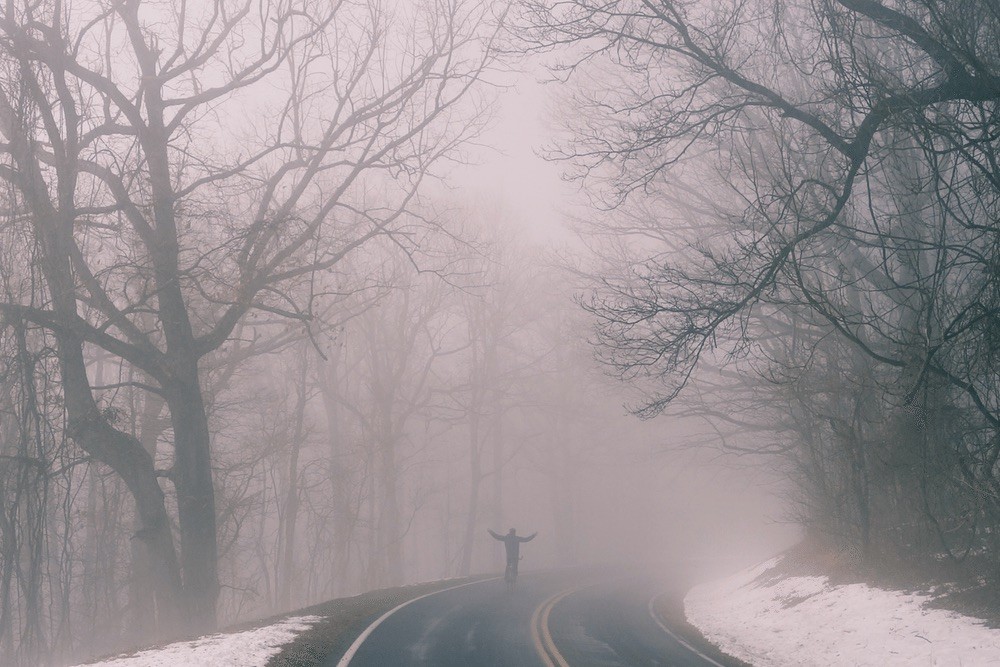 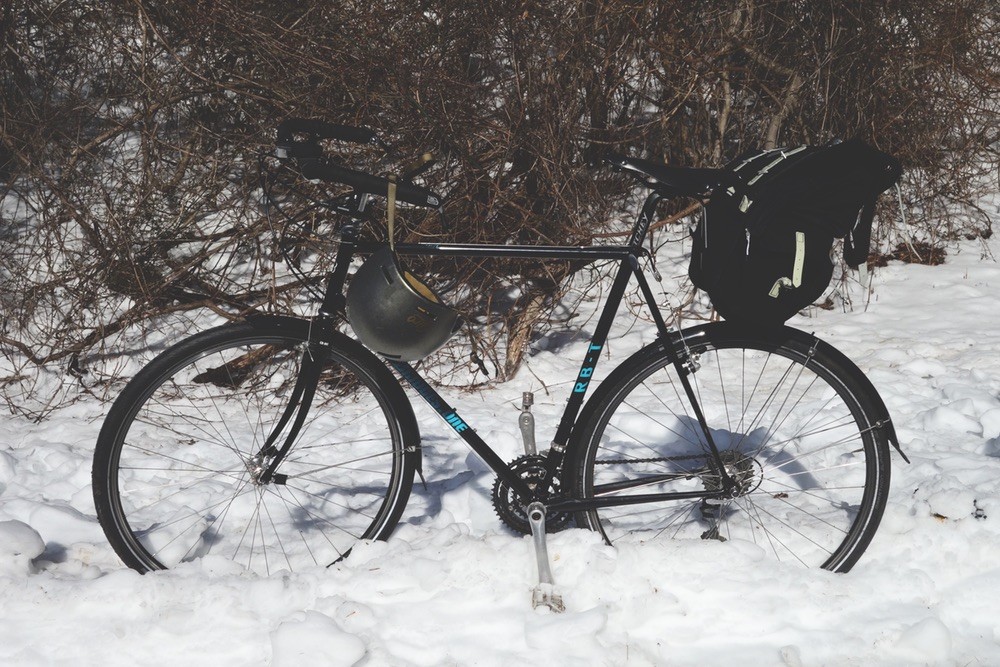 Parties. Pioneers. Pepper. *Start You Up (feature) →
wpDiscuz
We use cookies to ensure that we give you the best experience on our website. If you continue to use this site we will assume that you are happy with it.Ok