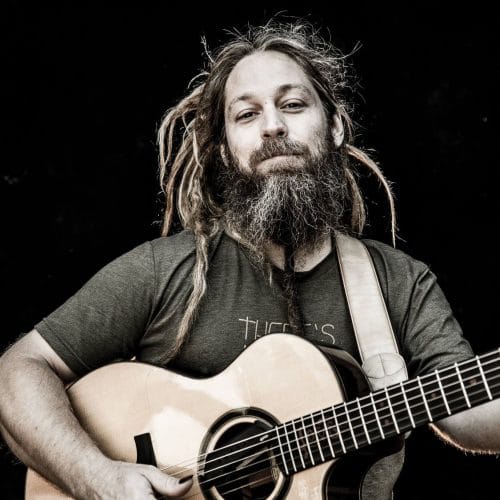 Revolutionary music may seem hard to come by in these days and times. Long gone is the era of artists like Bob Marley, The Clash, Stevie Wonder and Patti Smith getting airplay and bringing their messages to the masses. But that doesn’t mean that the revolution isn’t still brewing in the hearts and minds of many people around the globe.

Meet Mike Love. One of reggae music’s rising stars. Born and raised in Oahu, Hawaii to a musical family that spans generations, Mike Love brings a multitude of influences to the table, all tied together by the common goal of making the world a better place.

Which is no mean feat. On his debut album, “The Change I’m Seeking”, Love harkens the legends of roots reggae in both his lyrics and his sound, but never relies on any one genre to hold him down. Coming from a wealth of influences – he started out playing classical piano as a teenager and later would perform in high school bands that were more akin to the grunge sounds of Soundgarden and Pearl Jam – Mike Love fuses the simple rhythms of classic reggae with the complex changes of the classical and rock music he was first trained on to come up with a style wholly unique to him. Mike is currently wrapping up his highly anticipated second album, titled “Love Will Find A Way”, due out September 2015.

But it’s his message, his passion, the wisdom behind his words that truly resonate with his fans. “It’s always been about the depth,” Mike Love explains, “I’ve never been into music that was shallow. I’m still learning. I’m still learning about where I’m going and where I want to be. All the music is a learning tool to me too. I just make myself open to it. All the messages that come through the music, it’s not just coming through me and my wisdom, because I don’t think I’m that wise of a person. I don’t think I’m some wise elder or anything like that. I just make myself open to the music and it just comes through. To me it’s just as much of a teaching for me as it is for anyone who is listening to it and is open to it.”

His songs take you on a journey, one of healing and inspiration. One designed to help you on your path to knowledge, wisdom and understanding. On “Permanent Holiday” he takes you on a lyrical quest for freedom, both his and yours. He laments the ills of the world but also discusses solutions and ideas to change them.

Mike Love - 'These Are My Roots' (Official Music Video)