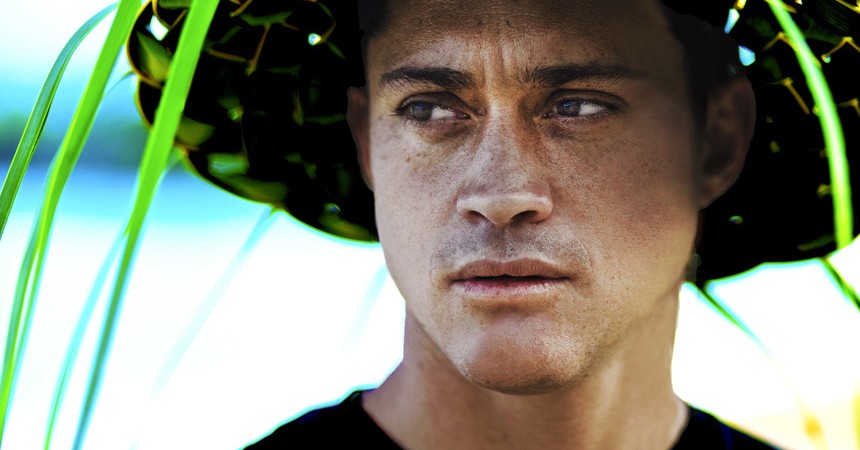 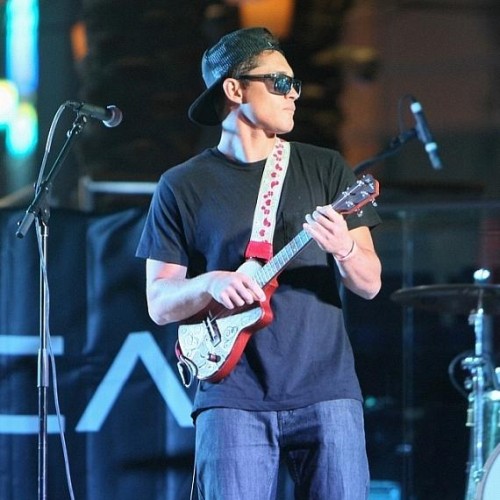 Makua Rothman proves he’s equally effortless in making music as he is slashing a 66-foot wave with this appealing mix of reggae, rock and pop. Now 29 years old and a longtime regular on the international surf contest circuit, Makua has created an enamored keystone to his musical career. The Mountain Apple Company is proud to present his debut album SOUND WAVE, recorded and produced in Los Angeles with the invaluable help of legendary artist, composer, producer [and of course, surfer] John “Feldy” Feldmann. Even if Makua didn’t pick up an `ukulele as a child, his reputation as a world-class surfer would be assured.

He continues the family line that began with his father Eddie Rothman of Hui O He`e Nalu, the prideful Hawaiian club of native riders that made its reputation in the late 1960s early ’70s.
During the making of SOUND WAVE, Makua concentrated on songwriting over a two week period, keeping to a daily routine of an early wake-up call, morning fitness training, and then spending the rest of the day with “Feldy” at his house. “I met a lot of cool songwriters and musicians,” Makua said. “It was one of the best times I had. I completely checked out from surfing. In order to make something special, I knew I had to sit down and work.

Feldy and I did that from between 11 in the morning to 11 at night.” Makua’s SOUND WAVE is a marked departure for Mountain Apple (already known for its stellar catalog of contemporary Hawaiian music), but Jon de Mello’s company is looking forward to this new foray in contemporary — and homegrown — music. There is one concession to Makua’s native Hawaiian roots: the standard “`Ulili E” is given a spacious sound with reverberations of Israel “IZ” Kamakawiwo‘ole’s version that even includes a vocal sample from Braddah IZ himself. The connection between the two artists was real: Makua remembers visiting IZ whenever he was in town surfing. Makua would stop by IZ’s condo afterwards and hang out, playing `ukulele and shooting the breeze with IZ while he was in the exercise pool. Besides Braddah IZ, Makua’s Hawaiian musical influences were obvious ones, familiar to local audiences.

“I would listen to all kine — the Cazimeros, Brother Noland and Bruddah Waltah.” You can hear that deep-rooted Hawaiian style throughout Makua’s album. The first two breakout tracks, “Lovely” and “Fight the Sun,” represent different facets of his love of the islands. The former is a sunny reggae tune that professes his love of the local girls, while the latter is an anthem that fiercely defends the beach lifestyle vital to his sport and life.

Makua also proves himself to be quite the vivid storyteller, as “Underneath the Halo” and “The Night” proves, filled with imagery of the hang-loose good times that he celebrates.
And, of course, there’s a generous helping of Makua’s `ukulele playing throughout the album, the small instrument that set him on this musical journey in the first place. SOUND WAVE is sure to be an album to appeal to both island listeners and those elsewhere who live and dream of a life near the beckoning surf.

“Hawaii is so special and I want to try to represent the islands as best as I can,” he said. “I want to keep that vibe of aloha and take it with me around the world.”