A growing number of music festivals around the world are taking direct action to reduce waste and their carbon footprint. Levitate Music and Arts Festival 2019 just released their environmental impact report in partnership with World Centric, highlighting five core goals:

The festival used all plant-based compostable foodservice products, steel pint cups and water stations, and had a greening crew sorting through recyclables, trash, and compost all weekend long.

With great power comes great responsibility and we’re thrilled to see Levitate using their influence to build a sustainable event we can all enjoy. Check out the full Environmental Impact Report below… 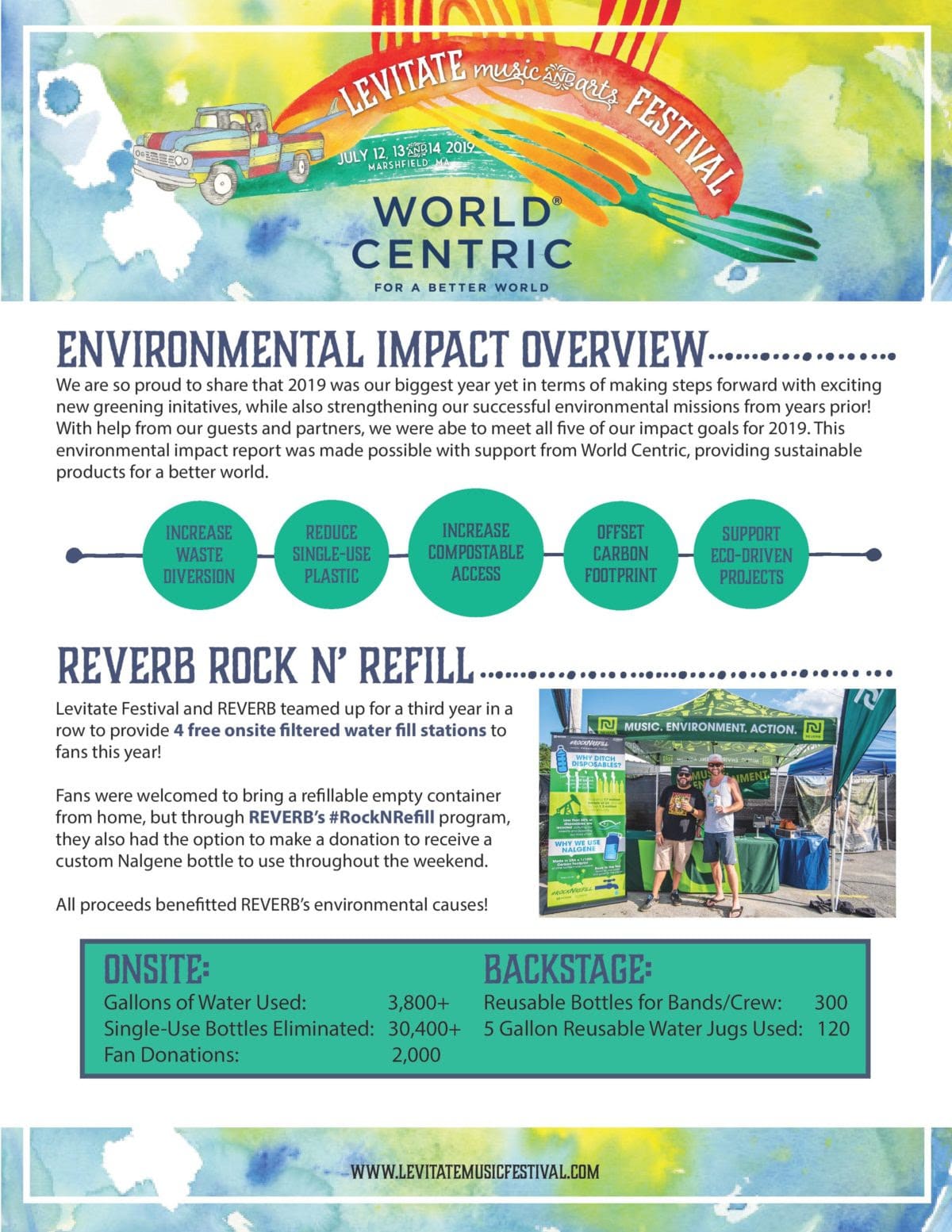 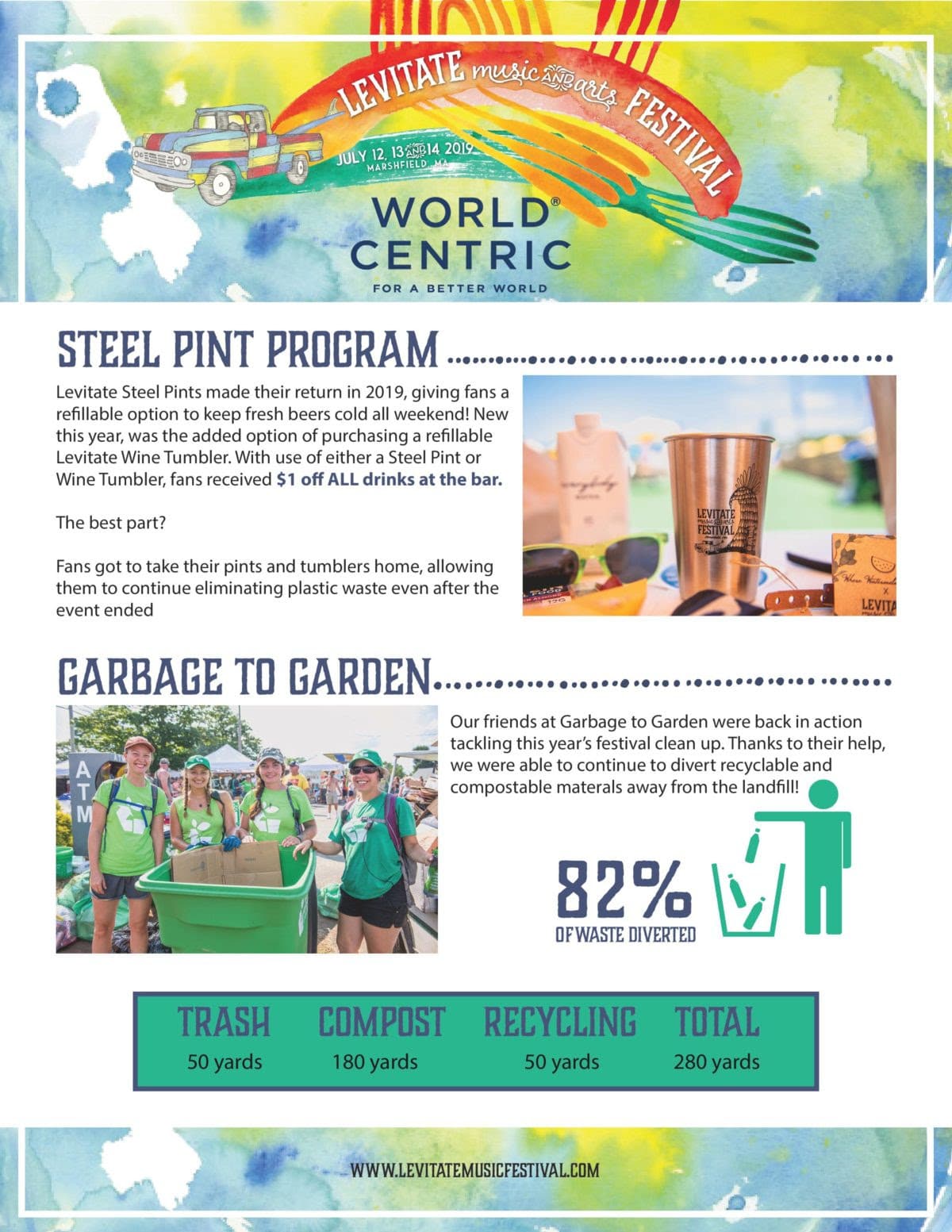