Keeping the Beat of the Scene: Tommy Benedetti – Drumming Beyond JBB

Sometimes you don’t realize how good something is until you try something else. Having grown up in Arizona, when I headed off to Boston to attend the Berklee College of Music at the ripe age of eighteen the weather wasn’t the only thing that was different. I had never experienced a music scene like what I found in Boston before; this place was rich in culture, rich in taste and definitely rich in talent. Being young and naive as I was, I didn’t really think twice about the fact that maybe not every city and every music school was quite at the level of what I was experiencing in Boston.

Nowadays, I’ve lived many a place, and seen even more. And my respect for the music scene of the northeast – the work ethic, the talent pool, the quality – has done nothing but grow. Whether it’s heavyweights like The Pixies or a band at the corner bar you’ve never heard of, chances are whatever they are doing they are doing it rather above average.

In the world of reggae, the true champions of the northeast are John Brown’s Body, defining the past, present and future of American reggae while inspiring the next generation of reggae musicians. JBB is currently on hiatus, which got us here at Rootfire wondering: What are these guys up to now? I had the chance to catch up with JBB’s drummer and all-around good guy Tommy Benedetti to find out where the fans of the scene can catch him throwing down that progressive pocket future-roots drumming style that has kept so many of us getting down on the dance floor over the last two decades.

Benedetti is the definition of hustle, putting in the hours to hone his skills and balancing that with the follow through to get those skills out to clubs full of eager music fans. An ear for musicality and an eye for stylistic detail, Benedetti has been the anchor of a JBB ship that has had a rotating crew of musicians over the years. From his work with legendary hip-hop duo The Perceptionsists to playing with the mind-expanding Dub Apocalypse, Benedetti has been keeping busy and making a career as a professional musician for decades now—and shows no sign of slowing down.

Rootfire: You’re involved with a variety of music projects these days, from Dub Apocalypse to Organically Good Trio to The Perceptionists – are these projects that you were involved with before JBB went on hiatus? Are they seeing more growth with JBB on hold? What else are you getting into more outside of gigging?

Tommy Benedetti: Dub Apocalypse has existed for a little over 10 years. Most of the guys in the band have been playing music together in Boston for around 20 years, so DA kind of naturally formed out of a weekly residency that we had. Organically Good Trio has started working more in the past few years, but myself and the organ player (Paul Wolstencroft from Slightly Stoopid) also go back 20 years. The Perceptionists-Mr. Lif and Akrobatik thing is a recent development in the past year. They are a legendary Boston hip-hop duo and they approached me, Van Martin (Guitarist for DA and OGT), and our buddy Ashish Vyas aka Hash, who plays bass for Thievery Corporation, about doing an NPR Tiny Desk Concert with them last summer. That went great, so we’ve followed up with a few local shows since. As far as any growth, Dub Apocalypse put out a record in June and is playing a ton in New England and OGT put out a record in December of 2017 and plays as much as we can. The real growth that I care about is the musical growth. Other than gigging, I’ve been enjoying spending more time with my wife, listening to music and cycling.

RF: Dub Apocalypse has a new album out, Frozen Planet. How has the band grown with this sophomore release? What makes Dub Apocalypse stand out as a current act?

TB: We did put out a 6 song EP in 2014 called Road to Oblivion, but Frozen Planet is our first full length album. It’s also our first to have full distribution through CD Baby, iTunes, Amazon Music etc. I do think Frozen Planet is a pretty big jump from the first release. All five of us wrote tunes for this one, which gives the record a nice mix of songwriting styles. We also concentrated a lot more on the arrangements, the sounds. Van and I worked with the engineer Will Holland to get all the dub effects that we wanted, to really nice up the mixes. Not to mention that we played hundreds of gigs between the first and second record, so that’s only gonna make things better. I think DA is a unique beast. First, we are an instrumental band. The tenor sax basically functions as the voice. We do start from a heavy drum and bass dub foundation always, but on top of that we approach our music almost like jazz. There is improvisation, a lot of interaction between the players, and we’re not afraid to take chances. We all bring a bunch of influences to the table from Jimi Hendrix and Albert King to Burning Spear and Sly and Robbie to John Coltrane and Bela Bartok. So we try to dig deeper harmonically and melodically. You won’t hear many straight forward two chord jams. Think Dub Syndicate meets Pharoah Sanders. Dub Apocalypse is for music lovers.

RF: Anyone who is playing professionally knows the amount of hours that go into honing your skill. What was your practice routine like growing up? What’s it like these days?

TB: I started playing drums when I was around 11 years old. I only had a snare drum for the first year or so to get my hands moving, but then my parents bought me a kit, and it was all over. I was taking private lessons, but was mostly playing along to records…Iron Maiden, Judas Priest, Motley Crue, Van Halen. When I was 21, I enrolled at Berklee College of Music here in Boston. That’s when things got real. I got turned on to John Coltrane, Shakti, Miles Davis…the heavy hitter drummers—Steve Gadd, Tony Williams. I practiced for six hours a day, almost every day, for over two years. These days, I honestly don’t get a ton of time to practice kit. Mostly because I’m playing five nights a week. I greatly prefer playing music with people to just playing drums, although I do still hit the practice pad often to keep my hands and reading in shape.

RF: Being a part of a genre-defining band with a dozen studio albums and over 20 years of heavy touring is a monumental achievement. Musical accomplishments aside, there is a deep community of fans and friends that accompanies that degree of success. What’s it like having a chapter like that come to a close for the foreseeable future?

TB: There are of course things that I miss, and things I do not miss. Keep in mind, it’s only been 8 months since JBB’s NYE show. For a band that’s been around for 20+ years, that’s not a super long amount of time. I don’t know if JBB will play again or not. It’s not up to me. I do know that the experiences I’ve had, the albums that were made, the thousands of shows around the globe, the amazing people that I’ve met, those are things that will always be a huge part of who I am. I will always be the drummer for JBB. I’m at peace with the situation however it plays out. I have a large musical family in Boston that keeps me very satisfied, and I’m playing as much as ever. So i’m thankful for that. I just gotta keep on keepin’ on. 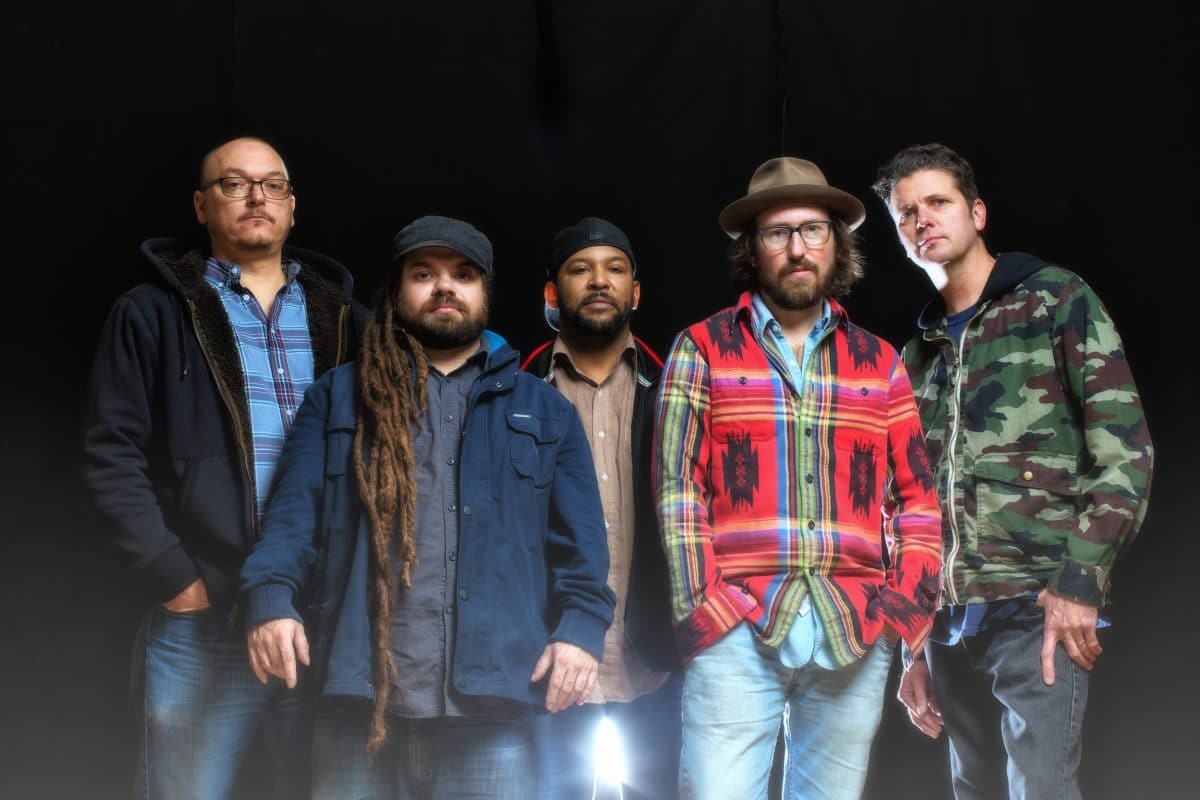 RF: Where/when can fans of the scene catch Tommy Benedetti live on drums next?

TB: Dub Apocalypse is finishing up a very busy summer with appearances all over New England, and that will continue through the fall. OGT and The Perceptionists will also be doing select shows in New England through the end of the year. For anyone who wants to get a taste of what Dub Apocalypse is like, we do a Live Stream every Sunday night on our Facebook page at 10:15 EST. Its from our long running weekly residency in Somerville,MA. People tune in from all over the world, it’s pretty cool.

Dub Apocalypse’s latest release, Frozen Planet, is available across all digital platforms. Make sure to pick up your copy, and keep an eye out for Tommy B smacking the skins across the northeast.

More in ‘The Local Scene’