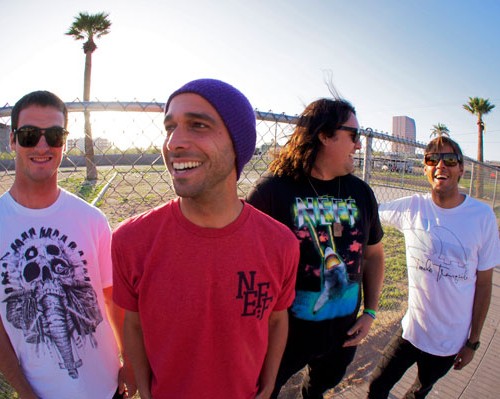 “We’re all about luv” is the band’s motto. The group is made up of members Joseph Dickens (Drums), Joseph King (Engineer), Cayson Peterson (Keyboard/Synth), Micah Pueschel (Guitar/ Vocals), and Adam Taylor (Bass). All members met while growing up in Hawaii, but formed Iration after reconnecting in Santa Barbara, CA during college. They have since released three full-length albums, Automatic (2013), Time Bomb (2010) and No Time for Rest (2007), as well as three EP’s, Fresh Grounds (2011), Sample This (2008), and New Roots (2006).

Time Bomb, remains in the top 20 on Billboard’s Reggae Album Chart to this day. Their third full-length album, Automatic, which debuted on Billboard’s Top 200 chart, is described as ‘forging a truly unique listening experience by crossing genre boundaries, fusing reggae with fresh pop and rock influences’. Both albums contain tracks that have reached the #1 position on several alternative radio stations. Iration is currently putting the final touches on an album recorded over the course of the last several months in Los Angeles and Santa Barbara, CA, which is scheduled for a summer 2015 release.