It has been a month of Sundays since I’ve been around these pages to write. I apologize for my absence. Life took over, and I had to hang on. I am back for this week’s installment of The Beautiful Game and The Beautiful Music.

THE BEAUTIFUL GAME
The International Club Football Season has begun, and there are many things we could address. I love that Arsenal has added Mesut Özil, that makes the Gunners contenders for the title immediately, as they have added one of the World’s Best Quarterbacks. Keep your eyes on Arsenal this Season.
With that said, I must say my favorite thing about this season’s English Premier League is that after five games Manchester United and Hull City are tied with seven points. While it is very early in the season, this is surprising for both sides. Manchester United is possibly the World’s most famous team, but they are currently underachieving with their new manager, David Moyes. Newly promoted Hull City, led by Steve Bruce, is defying odds by playing very well, by gathering two wins, and a draw. Before the season began I felt Hull City could survive promotion with style, after five games, things are on the up. It has been a very exciting season thus far.
http://www.premierleague.com/en-gb/matchday/league-table.html 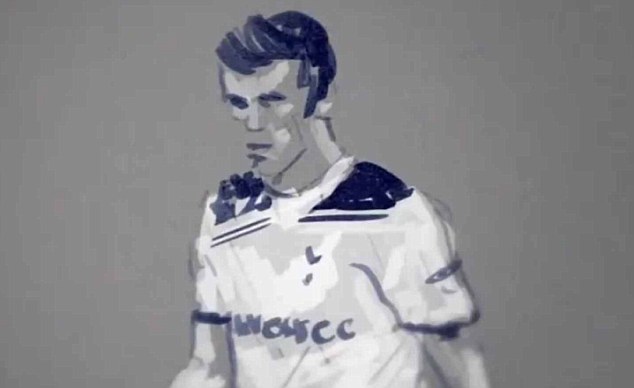 If you follow football you know about the recent Gareth Bale transfer debacle. For 100 Million Pounds, he finally moved from Tottenham to Real Madrid. He currently has a strained thigh, and is day-to-day. For such a large amount of money, a team cannot guarantee its athlete. Even the Legend Zinedine Zidane (current Real Madrid Assistant Coach) said the transfer fee was “incomprehensible” in the current economic climate. Gareth Bale, in my opinion, is a good player, but by no means the greatest player on Earth, maybe not even top ten. He’s had his moments, and I will certainly remember them fondly, most embedded in my mind are his performances against Inter Milan in the Champions League in the Autumn of 2010. Inter was up 4-0, at the San Siro – and Spurs down to Ten Men, Gareth Bale proceeded to score a Hat-Trick. While Inter still won the match 4-3, they had managed to cough away a significant lead. Two Weeks later, when the teams met again in England, Gareth Bale went to work again, and Tottenham won 3-1. Above it all, Gareth Bale is performing these athletic feats of beauty on one of the best right backs (at the time) in the World – Brazilian, Maicon. After those matches, Maicon was never the same, either. Please check Richard Swarbrick’s animated tribute to this amazing double performance, and an amazing view into the man Gareth Bale once was. Sprinting, Dribbling Bale. Simply Beautiful.

Games of the week [October 5+6]:
Hull City v. Aston Villa : The KC Stadium : Saturday, October 5, 2013 : 8AM EST
Steve Bruce and Hull City Tigers host Aston Villa in a midday kickoff in the United Kingdom. This is a crucial match for both sides, as the winner could thrust themselves in the 5th or 6th place. Hull has been playing brilliant, patience football this season – and are currently overachieving for a newly promoted club. Let’s hope the beautiful game persists for both sides.

West Brom v. Arsenal : The Hawthorns : Sunday, October 6, 2013 : 9AM EST
Arsenal sits atop the Premier League Table, and they make a visit to The Hawthorns for a battle
against West Bromwich Albion. The Baggies sit in the middle of the table with 8 points, and the Gunners are holding strong in first place with 15 points. Both teams have been playing exceptional football this season, and I believe West Brom has equal chance to take home the victory. To mention it once again, the addition of Özil to Arsenal makes them very competitive, and capable of winning any match.

THE BEAUTIFUL MUSIC
The selection for this week is focused on a Nashville, Tennessee band named : Sol Cat. They play a brilliant brand of Psychedelic, Whiskey, Groove, Rock. Their self-titled album contains Nine : Dive Bar, Classic Garage, Green Pasture, Outer Space, Arena Rock Tracks. There is a certain thread that carries throughout the album, but the real treat is the precision this band carries its diversity. Sol Cat’s instrumentation and arrangements keep your ears captivated and your head bobbing. This is the real.
http://www.solcatmusic.com/videos
http://solcat.bandcamp.com/

Thanks For Reading.
See You Next Week, (If Rootfire will have me) : )
bright days,
evil vince

← Why we do this. An introspective look at The Green’s album Hawai‘i ’13 on its release day.

Rootfire Mixtape 005! Mixed by Alific →
wpDiscuz
We use cookies to ensure that we give you the best experience on our website. If you continue to use this site we will assume that you are happy with it.Ok