I Take My Brass With a Side of Dub: Illegal States Brass Band – Wage Joy

I first met Scotty Flynn when we were both starry-eyed undergrad students at the Berklee College of Music in Boston. New to the scene and excited to be immersed in a peer-base of exceptionally talented musicians, we found ourselves to be neighbors in one of the many trashy apartment buildings that make up most college towns. I’ve always seemed to attract trombone players into my life, so in retrospect it really comes as no surprise that we hit it off. Scott was always experimenting with new sounds, new instruments and new styles of music, and always seemed to get pretty damn good at them in a short period of time. It’s no wonder he’s found himself playing horn with bands like John Brown’s Body, Pretty Lights and ODESZA, not to mention Elephant Wrecking Ball, his dub jazz project with Dan Africano of JBB and Neal Evans of Dopapod.

Born out of the vibrant music hub of Richmond, VA, ISBB features a serious roster of heavyweights. Amongst the eight-member core sits players who have performed with acts like No BS! Brass Band, Bon Iver, Savion Glover, Corey Harris, Bio Ritmo and The Congress. In addition to being the first offering from Illegal State Brass Band, Wage Joy is also the first release from Flynn’s independent label Space Fire Records.

Horn players have been an essential part of reggae music since the genre’s birth in Jamaica in the late 1960’s, adding punctuated hits and melodic lines that were often just as much the hook of the song as anything happening lyrically. A carry over from ska, as well as the jazz and R&B of America that came to Jamaica across the airwaves in the ‘40’s and ‘50’s, horn players were a part of every studio’s house band across Jamaica during the golden era of roots reggae. Wage Joy finds Illegal States Brass Band building upon this legacy by merging it with the decades older legacy of New Orleans style brass bands. The result of this merger is unique instrumental reggae music with a punch. 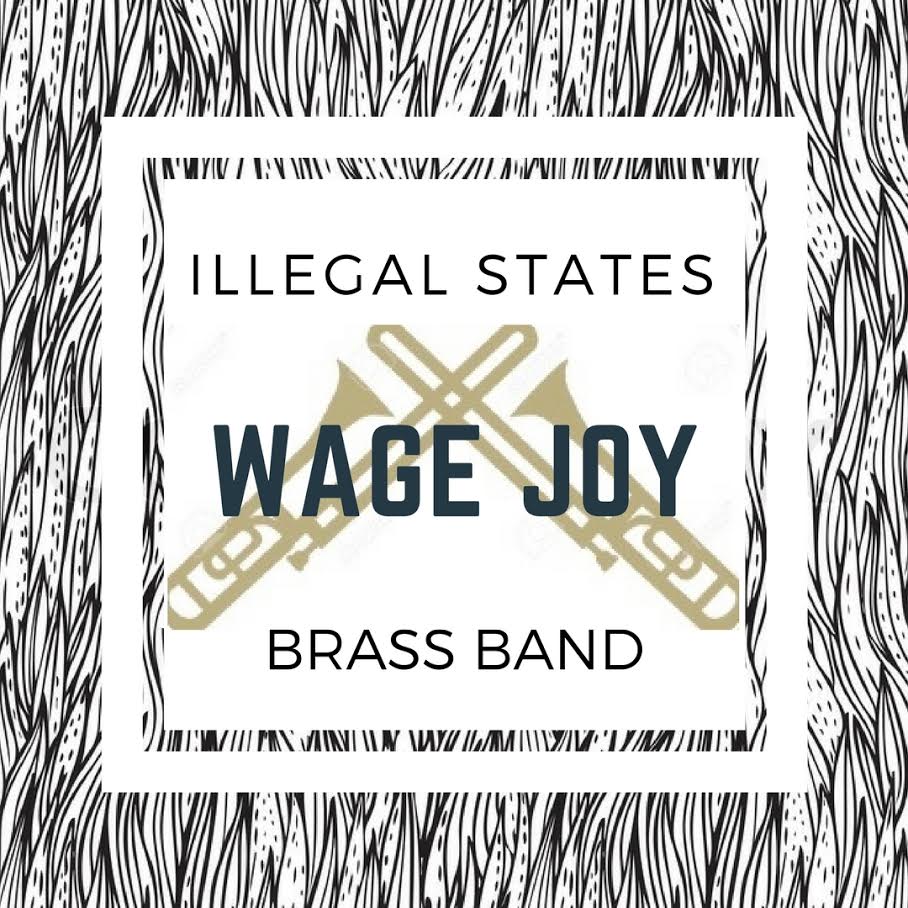 Hoboken HiFi and the Hudson Soul Sound →
wpDiscuz
We use cookies to ensure that we give you the best experience on our website. If you continue to use this site we will assume that you are happy with it.Ok