History Repeats Itself: The Birth of Dub Music + Riddimentary, a new mix from Suns of Dub 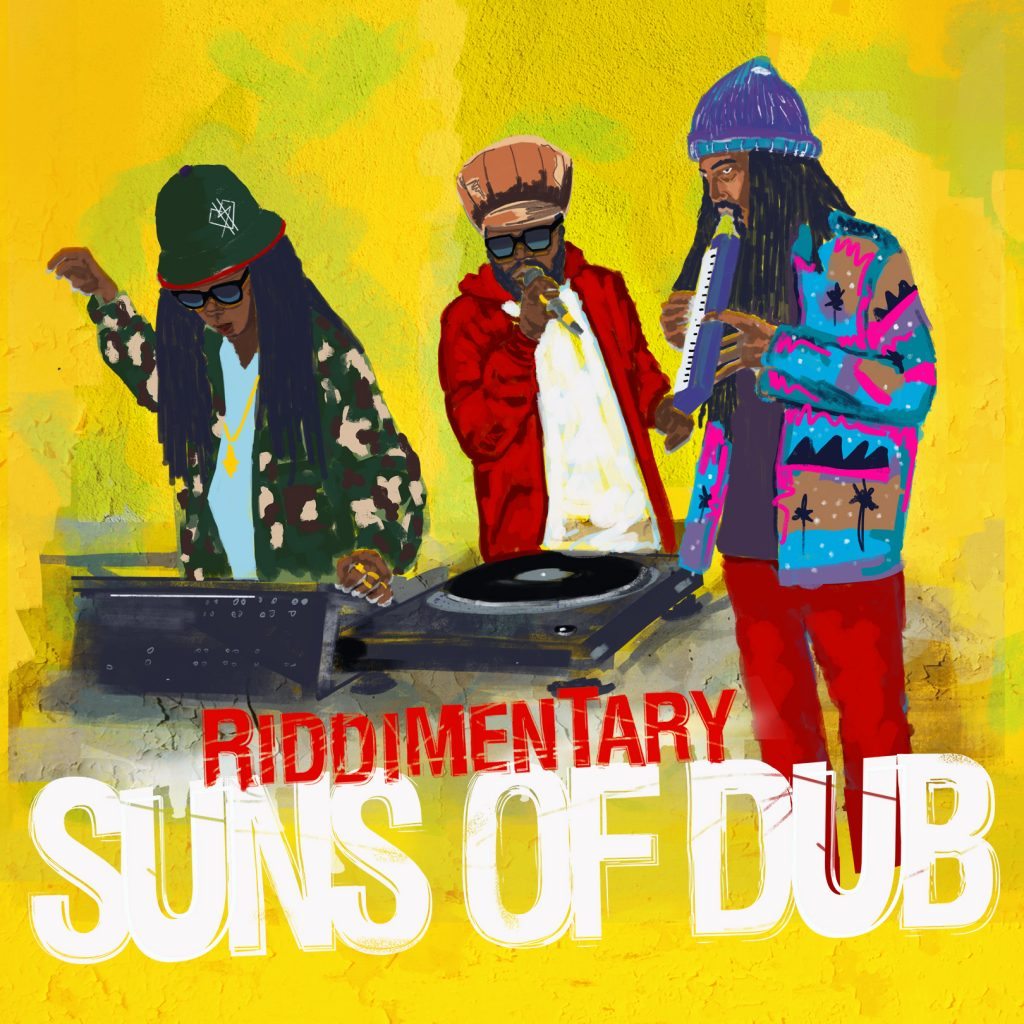 Dub music [insert echo sound effect]. The scene is Jamaica in the late 60’s. Just years after gaining independence from the U.K., this young island nation is experiencing the turbulent transition that often accompanies a change of power of such magnitude. Political violence is rampant as leaders of the Jamaican Labor Party and People’s National Party use hired thugs to gain popular political favor. Over the next 40 years, Jamaica watches its murder rate rise from one of the lowest in the world to the highest in the world by 2005. And yet, out of this island country with a population roughly a third the size of New York City, a musical revolution is born.

It’s the 60’s and Jamaican live music is primarily jazz, the venue is a hotel or private club, and the audience is affluent and white. Given that over 90% of Jamaica is of African descent, let’s say this is an exclusive crowd. But now leave the jazz club behind and take to the streets. Follow the beat. Large, thunderous stacks of speakers powered by custom-made amplifiers and car batteries means you’ve found the local sound system. Pay a couple bucks to get in and dance until the sun comes up. Think New York City block party before NYC was having block parties. This is the working man’s release, a place where political violence is checked at the gate and people are able to connect with the music, the thumping bass and screaming tweeters, connect with each other on the dance floor. And like any good music scene, each system competes for fans and fame, seeing who can get the freshest new song, have the biggest sound, and get the crowd fired up. A lack of copyright laws and a demand for new music keeps producers like Coxsone Dodd and Bunny Lee in demand for one-of-a-kind mixes of crowd favorites. It’s this fast-paced style of mixing that leads to the accidental birth of the version, or instrumental ‘dub’ rendition of a song.

As the story goes, sound system operator Ruddy Redwood headed over to Duke Reid’s Treasure Isle studio to cut a mix for that evening’s sound system party. Engineer Byron Smith, by mistake, leaves out the vocal track, but rather than do another pass, Redwood decides to keep the instrumental as is. The crowd’s response is electric and before long it is standard procedure to have instrumental ‘dub’ versions on the b-sides of 45s. The space left in the void of the vocal track makes room for DJs to pump up the crowd over the instrumental track. But the DJ isn’t the only one taking advantage of the space. Engineers like Osbourne “King Tubby” Ruddock and Lee “Scratch” Perry begin to experiment with effects such as delays, reverbs, and phasers, all the while keeping a heavy emphasis on the drums and bass. The engineer is no longer simply the man making the mix, he is now the artist, the visionary, the dub master.

Now fast-forward to today and feast your ears on Riddimentary, the latest release from Kingston-based music collective Suns of Dub. The Suns of Dub collective is lead by Ras Jammy and Addis Pablo (son of melodica/dub legend Augustus Pablo), both of whom have a heavy track record within the dub community. As Suns of Dub, the team has worked and performed with artists such as Major Lazer, Skrillex, Lee “Scratch” Perry, The Roots, Inner Circle, Protoje…the list goes on. In their own words, “Suns of Dub incorporates live melodica, steeply, nyabinghi drums & dubbing, vinyl, deejaying, and composition into one musical entity.” That pretty much sums up what this collective is all about: using all means available to make fresh, legitimate dub reggae music. Staying true to this, Riddimentary uses a diverse palette of musical tools to create an authentic mix of Greensleeves reggae classics. The record has a true rootsy vibe snipered full of killer transitions and choice embellishments. Its fluidity makes you feel like you’re at a party, with the spontaneity of a live sound system crew directing the crowd. Riddimentary will be available digitally, on CD, and vinyl from Greensleeves Records on April 28th. You can even look forward to some of that classic characterized Greensleeves art reggae heads everywhere have come to love.

Make the move and pre-order the album HERE. 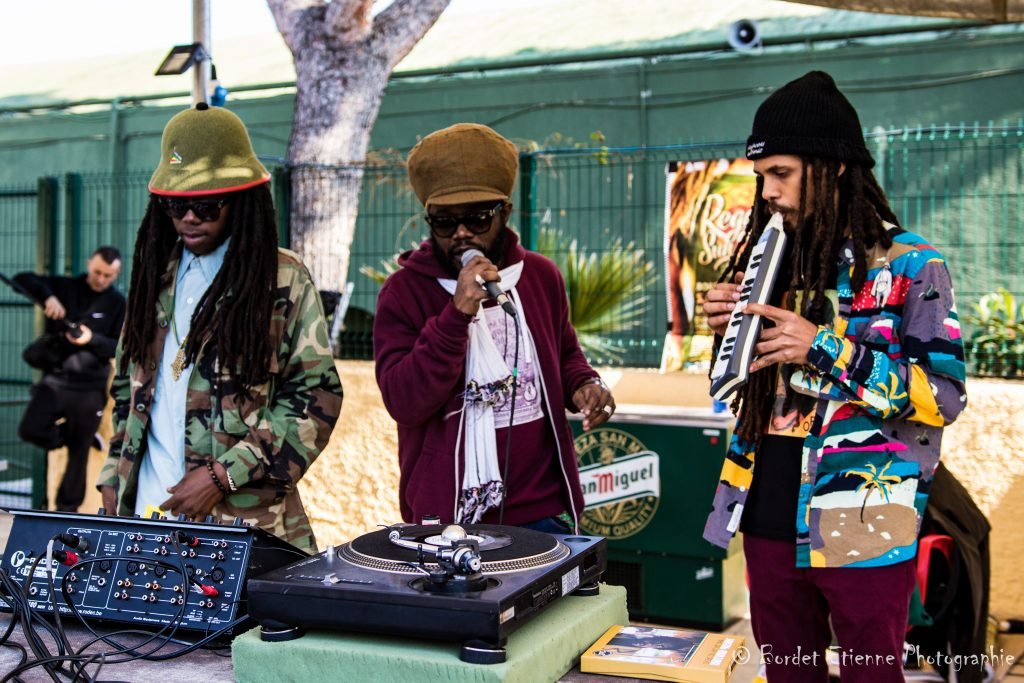 Dub is deconstructive music. Rather than add layers to build a song, instruments are taken away, often times down to nothing more than drums and bass. Stripping down songs to these fundamental roots allows for new ideas to be created, for an entirely new song to be born. Dub is revolutionary music. It is a counter-culture response to the status quo. It is wild, unpredictable, and one of a kind. Dub, as a genre, continues to be reinvented. It has travelled the world, often by way of immigrants fleeing political violence. Dub tears down barriers and builds bridges for creative expression and community. It unifies people in the face of political leaders with ulterior agendas, in the face of prejudice and racism. It is freedom fighter music. It gifts to the listener fire and courage to deconstruct a broken system, strip it down to its fundamental roots and build it again from the ground up. And now Suns of Dub has given us a hearty new dose of tasty Greensleeves classics to sink our teeth in to. This is the New Generation of Rockers International, and the timing couldn’t be more on point.

Riddimentary will be available April 28th through Greensleeves Records.

Reggae Rise Up Florida 2017: Feelin Irie in the Breeze with the Purple Trees →
wpDiscuz
We use cookies to ensure that we give you the best experience on our website. If you continue to use this site we will assume that you are happy with it.Ok