Give a Gift and Help a Band

Giving Tuesday broke records this year for the number of people who supported nonprofits and made donations to their favorite causes. News outlets speculated that the generosity was in response to the election results, suggesting that many people gave to organizations close to their community, as a direct way to make a positive change with their own resources.

We all want to support things we care about, and at Rootfire helping musicians and spreading good music is at the top of our list.

As you finish your holiday shopping this week, please consider giving your friends or family concert tickets. Not only will you have a direct impact on the business that the musicians are building (bands are businesses), but you will also be giving a social gift, one that brings people together in celebration of music.

Reid Foster, manager of GPGDS, The Movement, and co-manager of The Expanders expands upon this idea below, diving deeper into more ways you can help support your favorite musicians.

Have a safe and wonderful holiday season; do something social with someone you love. Go see a concert and feel the riddim in your soul.  -Seth 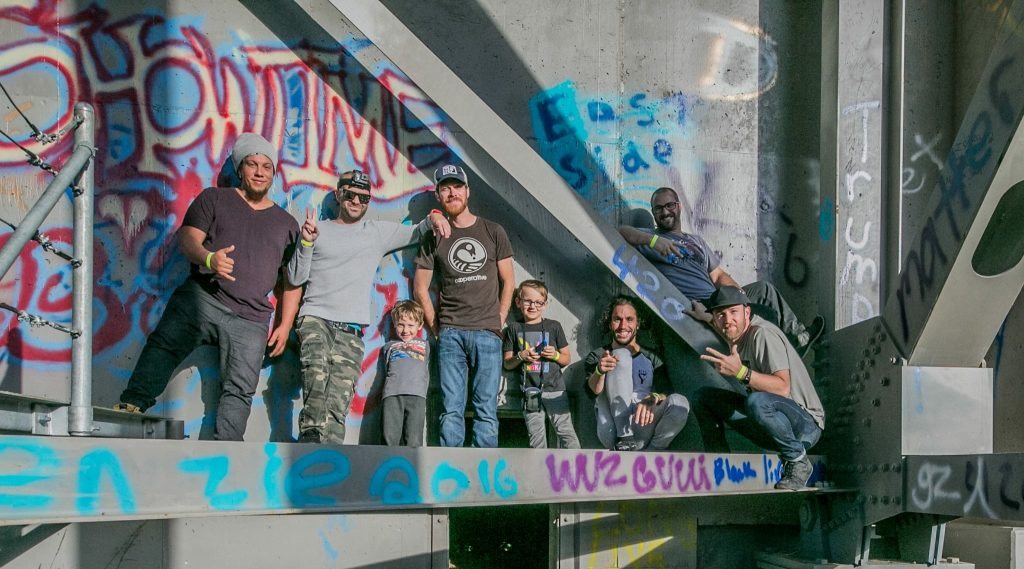 10 Easy Ways To Support Your Favorite Bands by Reid Foster

A fan of Giant Panda Guerilla Dub Squad recently asked “Wouldn’t you, the band, make more profit if I order a CD instead of getting it from iTunes, where a large portion of it [sales] goes to Apple?”

First of all, hats off to @marino2210 for asking such a thoughtful question.  It’s a simple and powerful reminder that most people want to do good and support the things they love.  Thank you.

To answer the question…

A lot of people think artists don’t make as much from iTunes as other platforms, but in reality the difference is only marginal.  iTunes takes 30% off the top, which is about as much as it costs to manufacture, package, and ship a CD. So it’s more or less a wash from a revenue standpoint. What most people don’t realize are the additional layers of value an artist receives when people buy from iTunes. The more popular an album is (via downloads, reviews, and ratings) the more likely it will receive features and banner placement on iTunes’ homepage, thus giving it exposure to a much wider audience and helping the artist gain new fans. Leaving a review and a rating (i.e. 4 stars, 5 stars, etc) also raises awareness via iTunes algorithms. So in short, buying an album from iTunes is a totally legit way to support artists, and artists feel that love in the form of their ranking on the iTunes charts and the kind things you say in the reviews. It’s awesome.

But that question got me thinking about all the other times I’ve had people ask “what’s the best way to support a band?” so I couldn’t help myself from unpacking the question a little more…

This is pretty straightforward. The more followers a band has, the better they can spread the word about tours, new music, and important things in general. Social media is crazy and powerful. Help your favorite artists harness it to spread good stuff.

Despite all the fuss about low royalty rates, streaming is the future and it’s a rapidly growing revenue stream as more and more people start using it. Especially the paid (aka “premium/subscription”) accounts, which make up the lion’s share of artist revenue. Example: during a non-album cycle I’ve personally seen Spotify account for 50% of ALL digital revenue, meaning the combined total of every other digital retailer including iTunes, Amazon, Google Play, Rhapsody, YouTube, etc.

*Caveat: Pandora, Sirius, and other “discovery” platforms are not even included in this 50%. They are a different kind of royalty on top.

Blast your favorite band from the stereo while you’re hanging in the backyard. Play an album on repeat. When a lyric reminds you of a friend, send it to them and let them know you love them. All of these things honestly help because word of mouth is still the best. And it’s easy when it’s something you love.

4) Buy advance tickets to their concerts

This is far more significant than most people realize. From an industry perspective, the value of an artist is often based on pre-sale numbers, aka “how much are people clamoring to see this band?” When pre-sale numbers are low it reflects poorly on the artist and likewise poorly on the city. If the show isn’t packed, they may decide to skip that city on the next tour. So if there’s a band you want to support, let them know by purchasing your tickets in advance. It makes a huge difference. 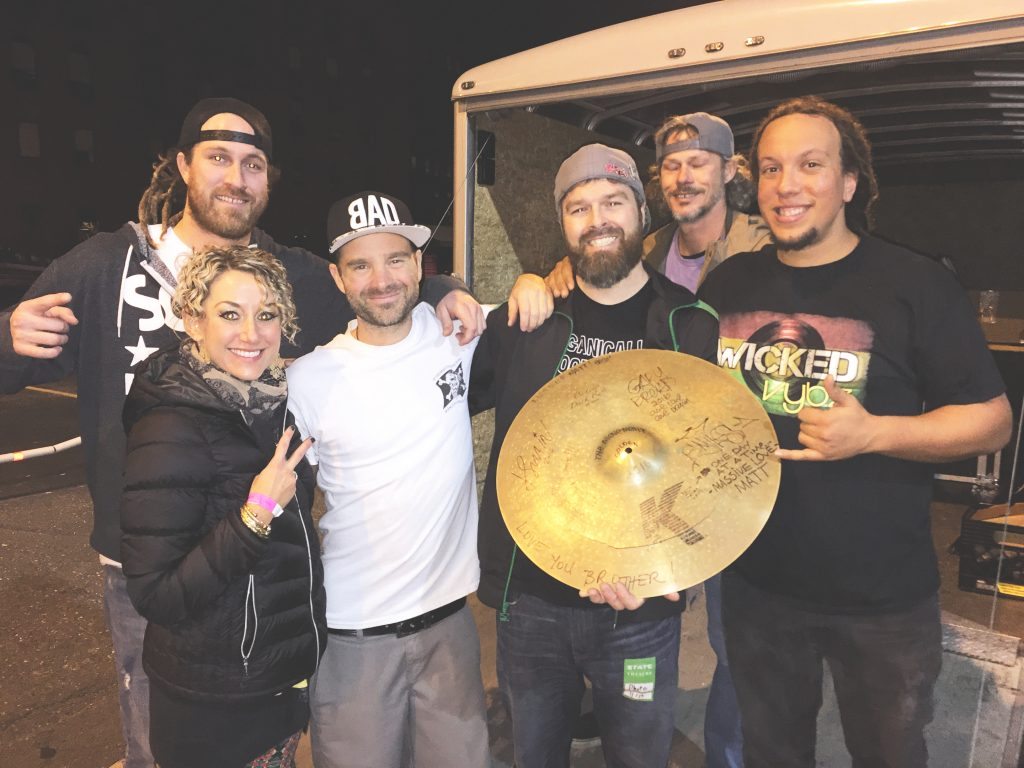 Either online or at the shows. It validates their art, and helps them keep creating. T-shirts, hats, stickers, koozies, you name it…this is where artists actually have decent margins, and that money often goes straight into their gas tanks, hotels, crew, and more.

It’s hard to overstate the value of an email list today. Email lists are the most direct way for an artist to get their message to fans, and they can be really fun! Oftentimes email lists are where an artist shares exclusive “sneak-peek” type of content, so it can be a really cool thing all around.

Reach out to the band and offer to help hang posters for an upcoming show (send an email to the contact info listed on their website). It’s a great way to help and, if you do it for multiple shows, the band members will often hear about how awesome you are, and personally appreciate it. So it’s a nice way to build relationships over time too.

Pandora currently pays a higher royalty per-spin than Spotify, Apple Music, Tidal, etc. By creating a station around the artist you like, you’re shining a light on them and telling the Pandora algorithms you want to hear more. That translates to more pennies in an artist’s pocket, and the pennies start to add up when an artist has millions of plays.

9) Tweet at your favorite radio stations to request the music

Whether it’s Satellite radio or your local college station, all of them have a Twitter account, and many of them pay close attention to what people are saying on it. Let them know who you want to hear!

10) Send them an email, or bring a handwritten letter to a show…

…explaining how their music has touched you, and encouraging them to keep creating. Musicians often feel overwhelmed, vulnerable, exhausted, just like the rest of us, and it’s amazing how a simple note can make such a difference in a person’s day. There’s nothing more uplifting than hearing from someone who truly appreciates their art.

….this list could go on and on, but it all revolves around one basic thing: be an active fan.

Know that you can make a difference and truly help, and know that artists appreciate and depend on people like you to spread the word.

Thank you for supporting music and art.

See you at the show! 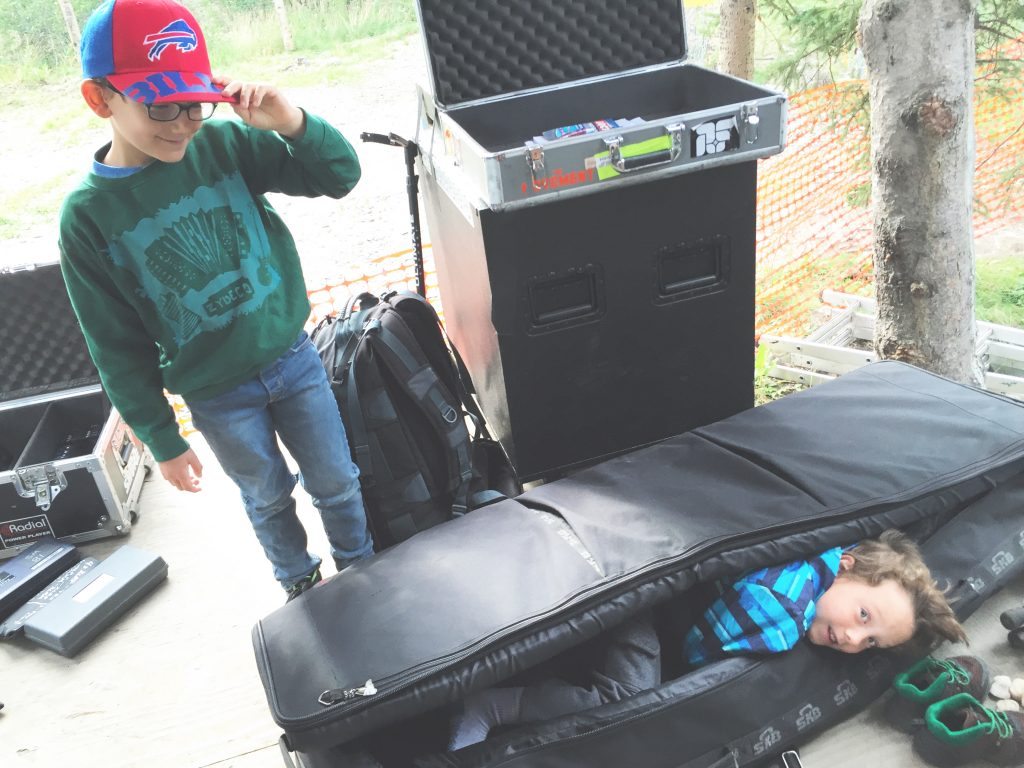 Success! Now check your email to confirm your subscription to enter our weekly ticket giveaways.

← A Photo is Worth 1000 Songs – Rare Air: Colorado Mountain Summits

RIZE OF THE MORNING STAR A Free West Papua Movement! →
wpDiscuz
We use cookies to ensure that we give you the best experience on our website. If you continue to use this site we will assume that you are happy with it.Ok