From selling cassette tapes in Florida, to becoming a DJ, and becoming part of Major Lazer, Jamaican-born, Miami-based DJ/producer Walshy Fire has been influential in spreading Caribbean music and culture to the masses. He recently released his debut solo album ABENG, an upbeat and exciting take on the sounds of the broader African Diaspora which features some of the biggest names in Afrobeats/Afropop, along with, reggae, dancehall and soca artists.

Having such a unique and rich perspective, we wanted to ask Walshy some questions about his ABENG, about the intersection of reggae with other musical genres like Afrobeat and EDM, and about the music industry from his point of view touring with Major Lazer and producing music for some great up-and-coming acts.

ABENG was inspired by your travels to Africa. What are some of the connecting sounds you’ve identified between Afrobeat/Afropop and Caribbean music? What are the main differences?

Caribbean music, just like African music, has wide and varied styles, from reggae to dancehall to reggaeton, to calypso to mento to soca to ragga soca to kompa to zouk to jab-jab. And these styles share a lot of similarities with African music styles like soukous and highlife and Afrobeat.

Afrobeats of today, which is different than the Afrobeat pioneered by Fela Kuti, has its roots in Ghana’s Banku music. It incorporates pop and EDM sounds with a sparse mix that is African in its chord progression and styling. Afropop differs from all of these as it has more of an R&B feel to it with African artists’ vocals mostly in English or Pidgin.

As far as the main differences, these would be the languages spoken, and the emphasis on carnival songs for some Caribbean music styles.

We have instances where we created beats with artists and we have some songs that we did remixes on existing tracks to combine African and Jamaican vocalists. Ice Prince worked on the beats for the two songs he’s voiced on for example. The singers played off each other to get the lyrical themes in most cases.

Being raised between Jamaica and Florida, you were exposed to a lot of Caribbean music. What were the most influential experiences that made you passionate about the genre (singers/bands/albums/concerts/friends)?

I used to sell dancehall tapes at events in Miami. During the summer in high school and college, I would go to Jamaica and rack up on the latest cassettes — because I’m from Halfway Tree, all the cassette places were right there — and come back and duplicate and sell tapes. At night in Miami, I was always standing outside the party with a radio and tapes.  At the time, sound system selectors were real celebrities, like Ricky Trooper, Sky Juice. Squingy from Bass Odyssey. Before I was selling them, I was heavily into cassettes, like Sturgav, Stereo Mars, Youth Man Promotion. When the soundclash thing took off, it really grabbed my attention. As a teenager, I would go with my brother, Courtney Walsh — he’s like the Michael Jordan of cricket — to soundclashes like Fully Loaded. I first stepped on stage as a dancer back in the day.

As one-third of Major Lazer, you are standing right in the intersection of reggae/dancehall and EDM. Are there any new trends you’ve spotted as musical genres keep evolving?

Yes. I’m into Brazilian subgenres that have come out of Miami bass and rap music like Baile Funk, Favela Funk and Funk Carioca. Latin music is really the next wave. How Reggaeton is so popular, now these other genres will become widely known.

You joined Major Lazer in 2012. How has being part of that group influenced your take on music and the music industry?

It has been a huge influence on me musically and in terms of my industry awareness both in terms of recording and production and touring.  The blessing is that I’ve been able to use this amazing platform to spread Caribbean music and culture and specifically dancehall and sound system culture to a wider audience than ever before.

I’m a huge Koffee fan! You co-produced her songs “Toast” and “Throne”. What’s your opinion on the sound she’s bringing and the impact she’s making?

She’s so full of talent, energy and full of intention towards positivity. She’s an amazing songwriter and has taken reggae, Jamaican music and culture to another level engaging a crucial new set of fans worldwide including young people. What she is doing along with some other Jamaican artists is creating a new musical genre that goes into directions that roots reggae and dancehall have not gone before.

As a lover of Caribbean music, are there any modern reggae or dancehall artists who you’ve been following closely? If so, what draws you to their music in particular?

As a Jamaican, I’ve been a dancehall fan since I was a kid. Music is a really important part of our culture and daily life and we are unique in that way, more than most cultures in the world. Artists from across the various eras, from Buju Banton to Vybz Kartel have always brought their best lyrically and combine this raw talent with world class production in the studio setting. Reggae and dancehall artists are some of the hardest working professionals in the industry period.

Groups like Kes the Band from Trinidad and the No-Maddz from Jamaica, with their songwriting and musicianship, are using the studio and stage as platforms to bring soca and reggae music to a wider audience. Randy Valentine, who’s a Jamaican artist from the U.K., is using his songwriting and producer talent to usher in a new style of hip/hop/toasting and vocals. Koffee has so much she’s already accomplished at her age, and with the success of Toast and her EP Rapture, she has a lot more in store.

Besides the album release, what do you have planned in the near future?

We have Green Rose, a rhythm EP coming out June 26th, which includes a song by Jesse Royal, “Clear My Head,” that first appeared on the Royally Speaking mixtape that we put out in 2014. We also have the No-Maddz album, Heaven on Earth, that I produced with the Wixard, the daughter of Beres Hammond, that includes a full band/live instrumentation and was recorded at Gee Jam in Jamaica. 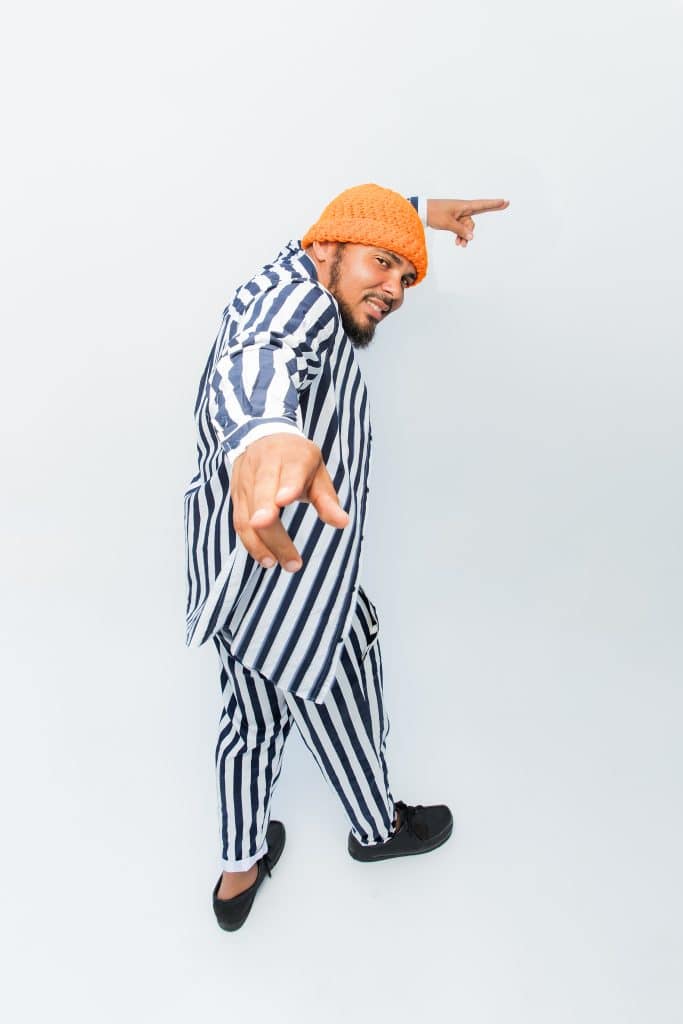