The American reggae scene has an abundance of skilled, artful musicians and Hermosa Beach’s Fortunate Youth are among the most talented. With the release of their eponymous 5th studio release and 4th full-length studio release on February 10th, Fortunate Youth fans will be pleased to hear the band staying true to their rootsy, upful sound while infusing some new components to their music such as horns and background harmonies.

Led by the unmistakable pipes of Dan Kelly, one of the finest singers in the scene today, (many would argue the best) the band offers twelve electrifying tracks to stomp, skank and sway to. While the music is undeniably Fortunate Youth, the album subtly borrows elements from some of their musical bredren – hints of The Expanders and Tribal Seeds come to mind – while duets with Kyle McDonald and Kumar Bent naturally remind listeners of Slightly Stoopid and Raging Fyah.

Dan Kelly is an extremely gifted vocalist with a diverse skill set. Depending on the vibe of the song, or even the moment within a song, he can go from a gravelly wail to a Jamaican-tinged ragamuffin style rap. Within the many Fortunate Youth ballads, Kelly effortlessly transforms his powerful voice from a seductive murmur to an all-out velvet bellow as he professes his amorous feelings for the world to hear.

Love songs are Fortunate Youth’s wheelhouse and the theme of romance dominates this record. It would be hard to think of any surf roots bands that do lovers rock reggae better than this band, with Dan Kelly’s silky crooning over cheerful melodies, enchanting guitar work, sweet keys, bubbling bass, and decisive drumming. And of course, the ubiquitous congas played so adeptly by Travi Bongo lend an organic vibe to a subgenre of reggae that has been overly produced at times throughout the years. 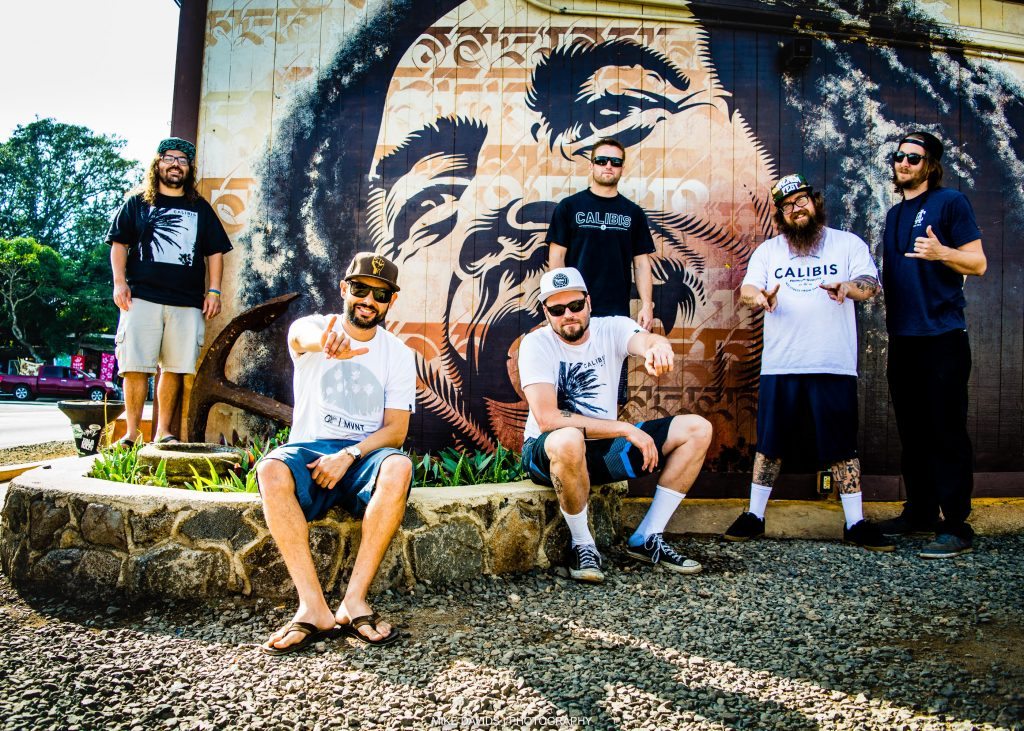 No song exemplifies the band’s penchant for writing songs to get intimate to more than “Dial My Number.” The smooth guest vocals of Jamaica’s Kumar Bent of Raging Fyah could easily make this a Gregory Isaacs song, while the celebratory horns and supporting harmonies are very reminiscent of vintage John Brown’s Body. This album is so darn good that it was extremely difficult to choose one song to highlight for this article – but ultimately I decided upon this catchy tune as I found myself singing it over and over again.

In addition to romantic love, Fortunate Youth has always preached about another kind of love – one that our world needs badly these days – a love of fellow man; tolerance; solidarity.

The new album kicks off with a powerful anthem, “Be Strong,” which continues with these themes previously sung about in songs such as “Peach Love and Unity,” “One Love” and “Positive.”

Kelly’s first words sound as if they were shot out of a cannon, booming, “People won’t you be strong, come together and live as one.” When the chorus closes with Kelly belting out, “United, United!!” I can’t help but get moved to chills.

To quote the band’s own biography, “Spreading inspirational messages of Peace, Love, and Unity, Fortunate Youth connects music lovers from all over the world, creating a global family of positivity and progressive ideals.” Not every band has such well-intentioned goals, but Fortunate Youth backs up their claim not only through uplifting lyrics but by their actions off the stage as well.

Through the conception, production, and promotion of a series of not-to-be-missed reggae compilations, “Music Unites: Reggae Around the World,” Fortunate Youth has raised over $50K for an assortment of charities. This collection of top shelf reggae music now boasts six lengthy albums featuring a mix of well respected, established acts and exciting up and coming artists. Simply put, it’s essential listening for any fan of modern reggae music.

On a more personal level, all of my interactions with the band members over recent years have been completely enjoyable. They are congenial and humble, grateful for their fans and happy to engage with them before and after shows as they tour across the nation continuously.

Speaking of touring, 2017 opens up with some highly acclaimed festival performances – The One Love Cali Reggae Fest in Long Beach in early February, followed by Reggae Rise Up in St. Pete, Florida and the now reggae-centric Jungle Jam in Costa Rica, both in early March. They spend the rest of March touring throughout their native California before some dates in the southwest, Texas, and Florida. They then head up the east coast before moving on to the Midwest, Colorado and ultimately back to the west coast, finishing their lengthy tour with a string of dates in the Northwest. These guys are bonafide road warriors!

If you are unfamiliar with Fortunate Youth, I urge you to check their music out as soon as possible and more than anything, go see them perform. Their shows will leave you soaked with sweat, stoked with good vibes and completely ecstatic. 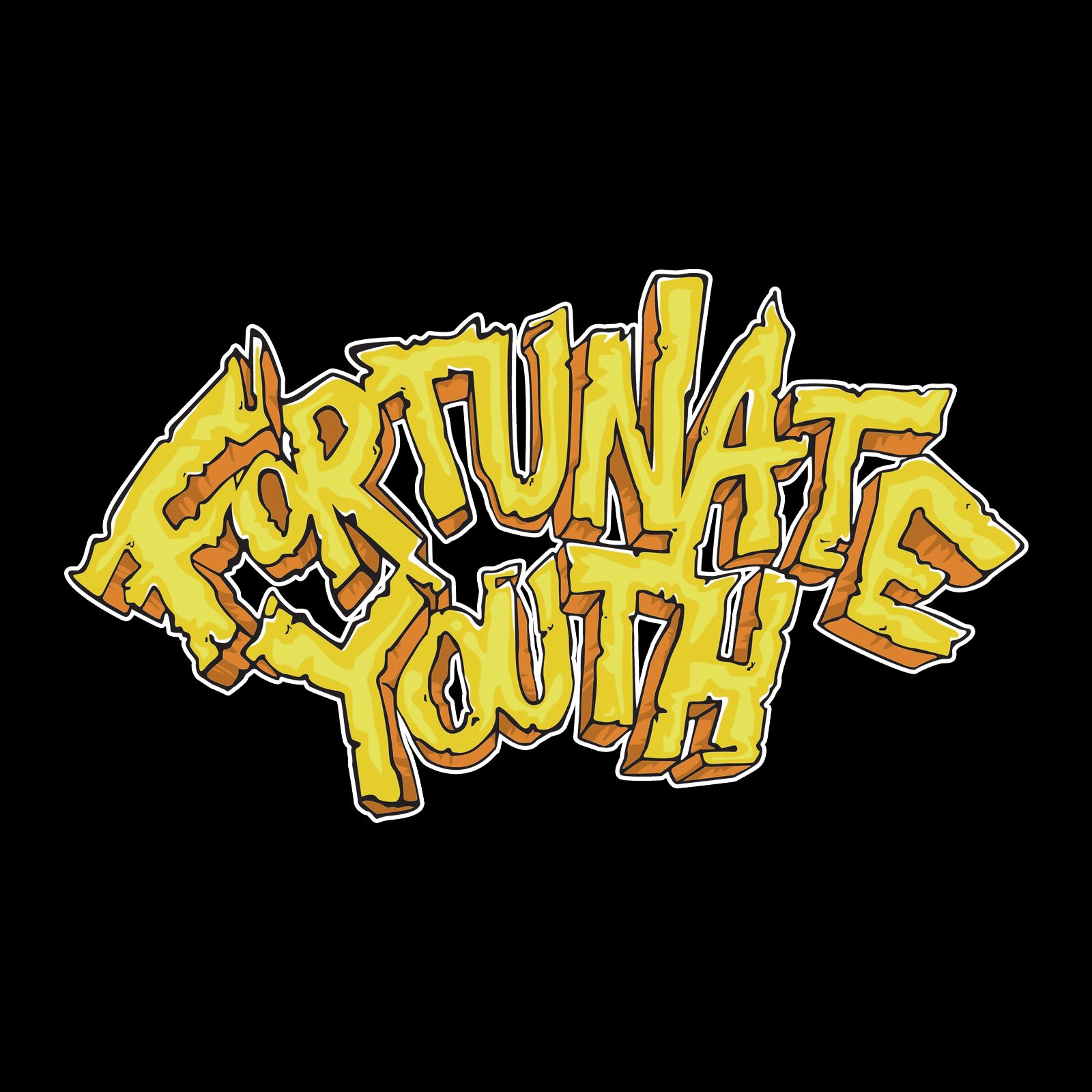 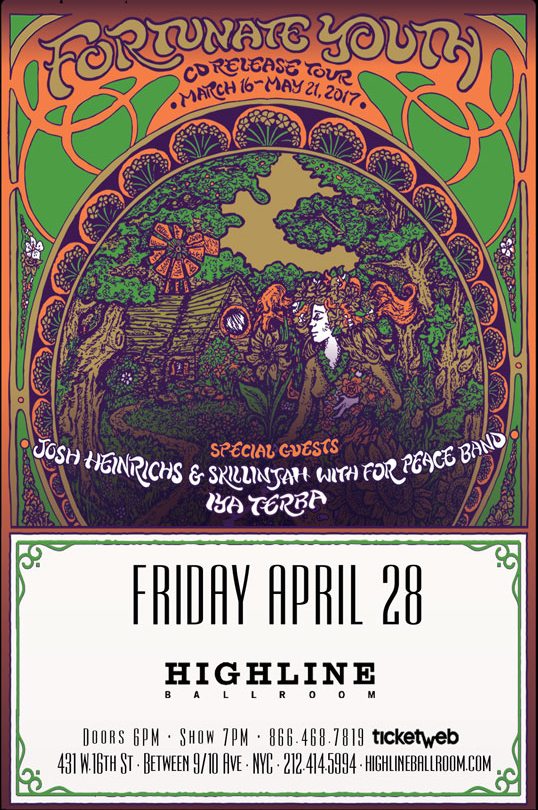 Birth of a Phoenix: the Rise of Raging Fyah →
wpDiscuz
We use cookies to ensure that we give you the best experience on our website. If you continue to use this site we will assume that you are happy with it.Ok