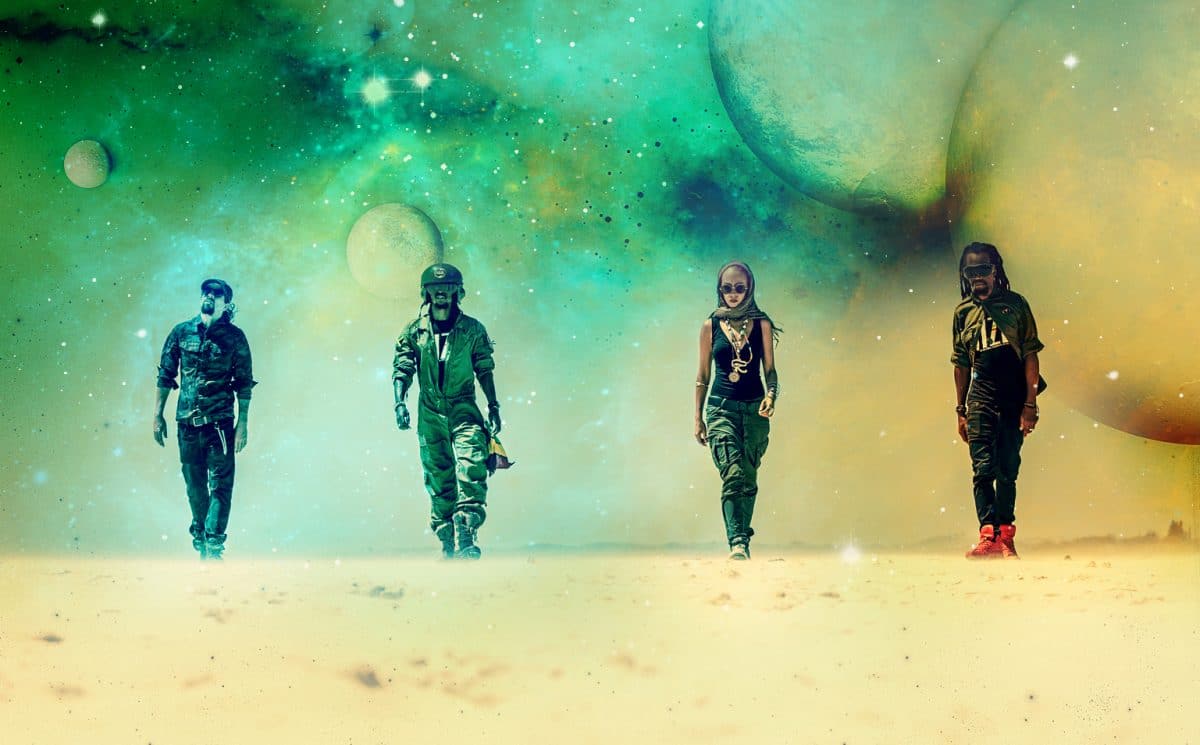 Taking a look at the current political and cultural climate across the world it becomes clear that there is no shortage of battles to be fought. The money machine is turning profits for the few more efficiently than ever, and there has never been a greater need for leaders willing to stand up for justice and equality. Nattali Rize has proven herself up to the task, using her platform as an artist to inspire action, raise awareness and provide fuel to the fighters on the front lines of social change.

“Warriors,” the latest single from Rize, falls into step with its militant, forward momentum, punctuated by the message of strength found in community when all members awaken to their power, banding together to take on injustice. Specifically, this song serves to bring awareness to the Occupy Pinnacle movement. Pinnacle, Jamaica was originally a thriving, 500 acre self-sustaining Rastafarian community, founded by Leonard P. Howell, a.k.a. The First Rasta, who served as one of the first preachers of the Rastafarian faith in the early 1930’s.

The battle over land rites at Pinnacle has been a recurring theme since the 1950’s, when British colonial forces leveled much of the community. In 2016, after over 80 years of existence, the local magistrate ruled against the Rasta community, declaring the disputed land the property of a land developer. As the Pinnacle community awaits their appeal, many members have continued to occupy the property, in protest of the government’s decision. At the forefront of the Occupy Pinnacle movement is filmmaker and visionary Donisha Prendergast, granddaughter of Bob Marley. Donisha is featured in the “Warriors” music video, which was filmed on site in Pinnacle, JA.

In Nattali Rize’s own words:

“‘Warriors’ is livicated to our family worldwide seeking and finding pathways to sovereignty and the right to live freely without fear or enslavement to systems that seek to limit the full potentials and FREEDOMS of the People.

To all our real WARRIORS we see you and we need you, keep lighting the way forward.. and Keep Rizing. Respect and Love.”

Artists stand at the forefront of culture. They are role models, trend setters and their craft has the rare ability to serve as the catalyst for social change. Handed these reins, it is only the few true lions who rise to the challenge and prove themselves leaders of the people. Nattali Rize blazes the path of cultural progression, chin held high as she tells us: “Warriors are the people, never want to be no idol, just for all to see we’re equal, we are one.”

“Warriors” was filmed on site in Pinnacle and Kingston, Jamaica by Carlo Santone, and edited by Carlo and Nattali. Keep track of the #occupypinnacle movement by following Donisha Prendergast @iamdonisha. Follow Nattali Rize @nattalirize.

Rootfire at One Love Cali Reggae Fest 2018 →
wpDiscuz
We use cookies to ensure that we give you the best experience on our website. If you continue to use this site we will assume that you are happy with it.Ok