Anyone who has been following reggae music for more than a minute should be familiar with John Brown’s Body, one of the longest tenured, most prolific and most respected American reggae bands.  Although currently on indefinite hiatus, JBB dropped their debut LP, All Time, in 1996, and followed with ten additional studio albums, including three dub albums, culminating in the release of Fireflies in 2016.

Ask any reggae musician from a band performing at California Roots about who their biggest influences are, and you’re likely to hear JBB named numerous times, mentioned with reverence.

One of the founders of JBB, Kevin Kinsella, departed in the mid 2000s but remains a much admired pioneer of the American reggae community. Rootfire previously published this retrospective about Kevin in anticipation of his acoustic performance opening up our 2016 Rootfire at the Park festival.

Today, Rootfire is elated to be writing about Kevin again – this time premiering a video for his new single, a remixed version of “Among Them,” the opening song on the 1998 album of the same name.

Among Them marked the band’s debut on ShanachieRecords, a staple in the international roots reggae scene for decades distributing the music of Culture, The Mighty Diamonds and other legendary Jamaican artists.

Despite already having a release under their belts, with this wider distribution via Shanachie, Among Them put JBB on the map of reggae fans far beyond their hometown area in upstate New York. It is a masterpiece of an album, bringing progressive roots reggae with a vintage flavor. Chock full of one drops, popping brass and dubby production elements, above it all soar the unmistakable vocals of Kinsella that made early JBB music so endearing and original.

“Among Them,” the song, kicks off the album with blazing aplomb. Ignited with a flurry of drums that continue into a reverberating echo, the sound is soon joined by a wicked bassline before Kinsella’s vocals come strong belting out “I wanna be among them Lord.”  Listening to this iconic opening passage always gives me chills, in part due to the fact that I know 50 minutes of divine rootsy excellence will follow.

It was this hallowed track that Kinsella re-released as a single with a modernized, dubbed-out remix under the production of current JBB guitarist and singer, Jay “Double Tiger” Spaker. “I think he knocked it out of the park!” Kinsella gushed. “He’s a very talented producer and artist.”

When asked about why he chose “Among Them,” for this single release, Kinsella stated, “I have a lot of songs I’ve written under different band names. I’m just trying to get all of my children under one roof.”

The video for “Among Them” was shot by Garret Laver of The Video Kitchen, an up and coming production company who recently debuted a video for Sensi Trails’ single “Just Livin’” on Rootfire.

Laver may be a young buck in the universe of filmmaking, but he’s no stranger to reggae music. Growing up a fan of John Brown’s Body, it was a dream come true for him to work with Kinsella on this video, shot in the majestic Vasquez Rocks area of the Sierra Pelona Mountains in California.

Laver related his exciting tale of their shoot together:  “He picked me up from my house in L.A. around 4am with a big bag of blueberries and carrots and wore this old school three piece suit. As I talked to him, I kept thinking about how much incredible music Kevin has created, and how far his journey has been as a musician.”

“We vibed on the video idea being a spiritual journey,” Laver continued, telling of the storyline they conceived and then executed superbly through their work that day in the mountains.  “Kevin treks through the desert with a satchel and guitar, then up the mountain, then to a cave deep in the narrows of the rocks, where he transcends into a spirit of the landscape, casting that symbol of being ‘Among Them,’ which to me was Kevin asserting an immortal presence in giving peace, love, and music to mankind.”

This concept of a spiritual transcendence is visually portrayed by the constant motion within the frame, whether it be Kinsella himself, the handheld camera movements, and the numerous dissolves and blending of images completed in post-production, which together ultimately give the video a deeply mystical feel.

Laver concludes, “The latter end of the music video delves into the transcendental journey Kevin takes, where all of his senses become in tune with his surroundings and he becomes one with the earth.”  This ending is creatively depicted with rolling clouds, which at times resemble smoke, superimposed over the dancing, caped shadow of Kinsella against the rocks, the contortions of which appropriately lend the appearance of a flickering flame. After all, nothing is more transcendental than fire.

What’s next for Kinsella?  Fans will be happy to hear that he and Spaker are already working on the next single, with a few more planned and possibly a full album at some point down the road.  “New songs are bubbling.  We are working together all the time,” said Kinsella.  “The spirit leads us.  We will see where the seeds grow.” 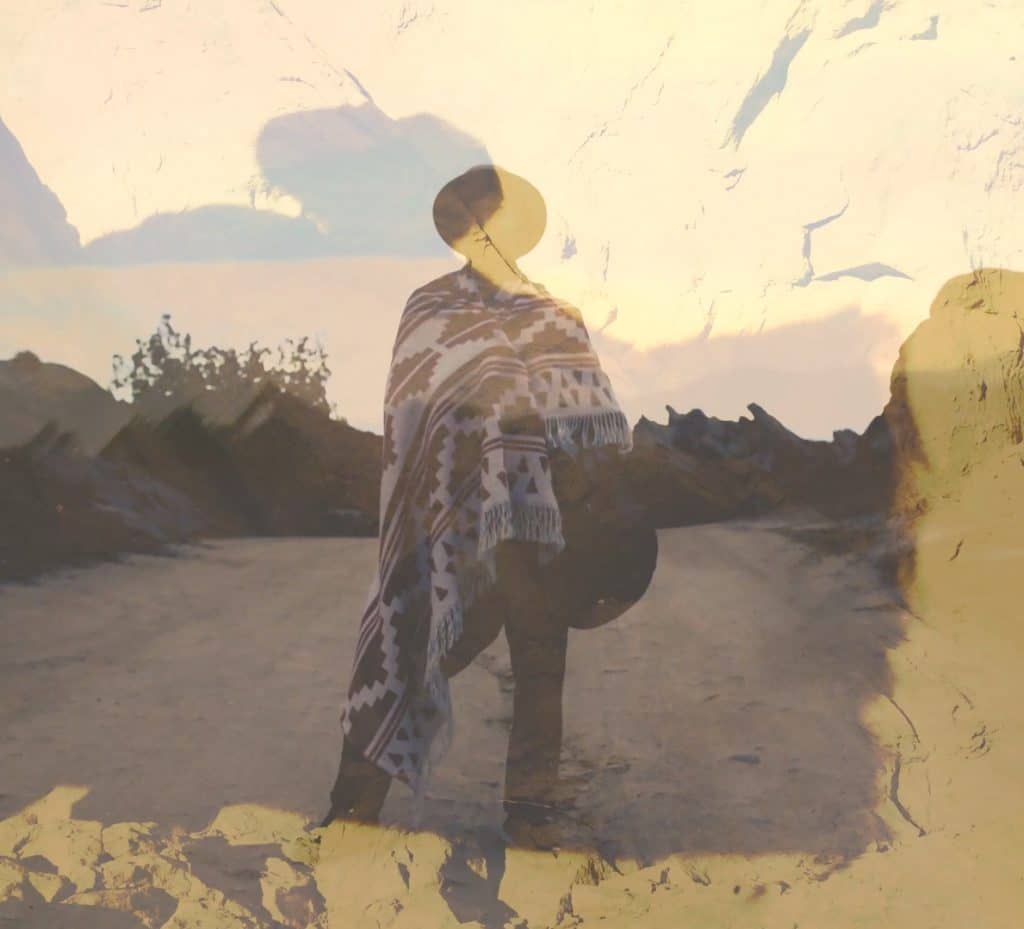 ← Two On The Mic: The Movement