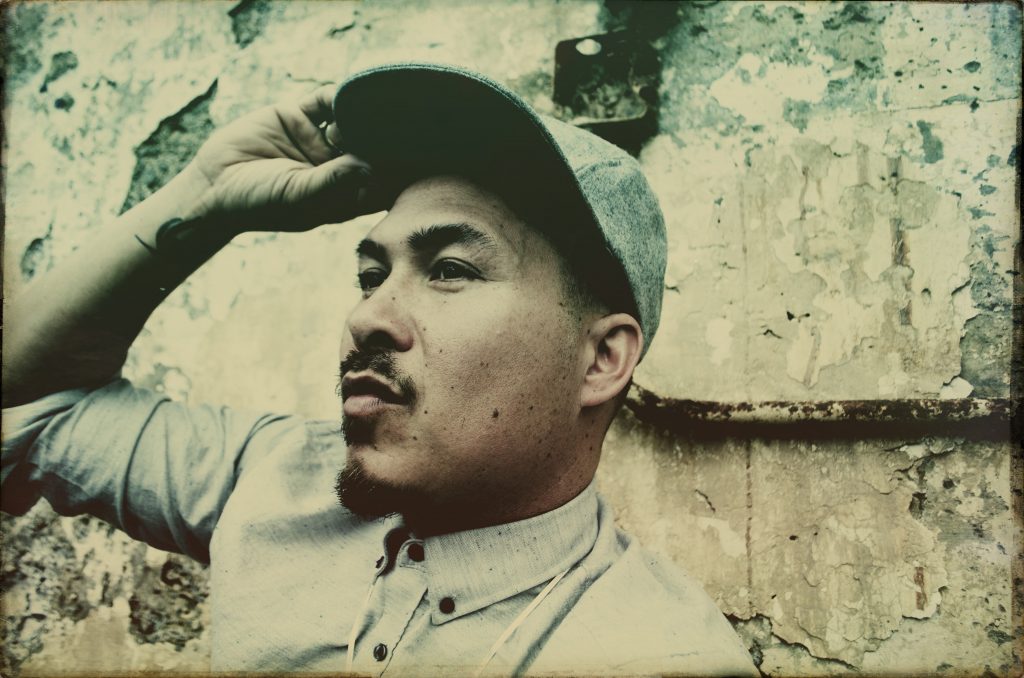 Spaker is a bit of a renaissance man of the Brooklyn reggae scene. When not producing as Double Tiger, he can be found touring the country as guitarist and singer of longtime reggae giants John Brown’s Body, appearing as part of Brooklyn’s Tour De Force, or releasing albums and throwing sound system parties at Dub-Stuy Records. This diversity translates as expertise on Sharp & Ready’s distinctly original tracks, flaunting Spaker’s reggae fluency.

“A Feelin’” finds Double Tiger departing from the heavier drive of tracks like “Rocking Time” and “Live Life” to tug on the heartstrings with this lovers’ rocker. The video for “A Feelin’” explores a timeless meeting spot for strangers: the laundromat. Produced by Spaker and shot and edited by Dan Barker of Advntr Beat Arts, the laid back vibe of the musical track is brought to life in a vintage Brooklyn laundromat, where two kindred spirits sensually meander along the path from spark to connection. It is a simple, well executed concept, with an easy to follow plot and great aesthetic. It’s exactly the kind of tasteful cinematics you’d expect from the debut offering of a reggae elite like Spaker.

2017-2018 will see Double Tiger taking band form and hitting the road to support Sharp & Ready. With a killer lineup taking shape, you can look forward to catching a Double Tiger set near you featuring Nate Edgar (Nth Power, JBB) on bass, Jon Pang (Jah Works) on drums, and Adam Flicker (Sensamotion) on keys. When asked about the importance of bringing music to the people, Jay sums it up:

“I feel it’s a very important time to make positive and uplifting music with the political climate, the many injustices & environmental issues. So many heavy things in the world right now and music has the power to heal and create change so I feel it is a duty of musicians to spread joy, heal and inspire.”

And Jay takes that duty seriously. It takes time, dedication, and at least a little bit of luck to make greatness. The stars must align and shine the perfect light at the perfect moment for something truly exceptional to take place. Tune in and spread the word, because Double Tiger is that special something that the American reggae scene has been waiting for. Sharp & Ready carries an unmistakably international sound, primed and ready to make waves.

Sharp & Ready is out now on Easy Star Records. Get it HERE.