As Greensleeves Records (VP Music Group) celebrates its 45th anniversary in 2022, VP brings back a classic 1981 Greensleeves title, Wailing Souls’ Fire House Rock. Remastered in high definition and packaged in a deluxe gatefold for Record Store Day Drop 2, June 18th, 2022, the original LP is augmented by a 12-inch single of alternate extended mixes, including two from the legendary Prince Jammy. The 12-inch mix from Jamaican engineering icon King Jammy (then known Prince Jammy) will see its first digital release, while also included on the bonus 12-inch single for the first time since 1981. The package also includes previously unpublished photos and contextual liner notes which are below. Rootfire will be giving away Wailing Souls “Fire House Rock” Deluxe Edition 12-inch Vinyl to one lucky winner on June 18th, courtesy of VP Records. Click here to enter the contest.

A touchstone LP from the beginning of reggae’s post-Bob Marley era, Greensleeves Records released Fire House Rock on June 3, 1981 to enduring acclaim. The title track has become Wailing Souls’ most popular song, found on any short list of all-time reggae classics. More than 40 years later, it is the group’s most-streamed song. 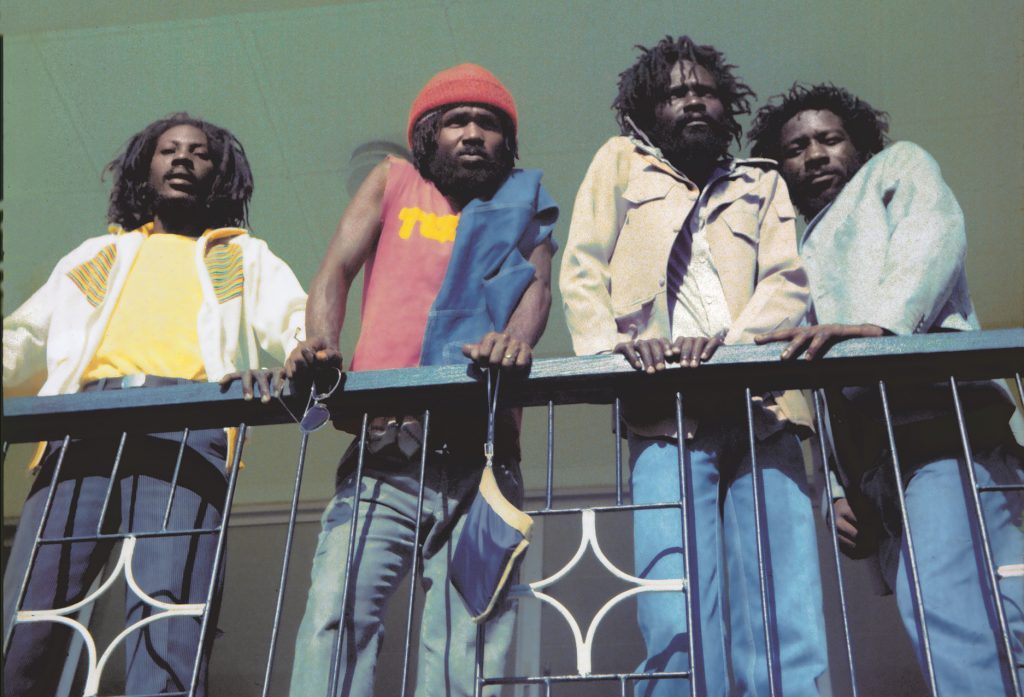 Fire House Rock was only Wailing Souls’ third LP at the time of release, but the group had built a solid catalog of singles and a reputation through more than a decade together, largely from a foundation established at Coxson Dodd’s Studio One. By 1980, with a settled and seasoned four-part harmony line-up of Winston “Pipe” Matthews, Lloyd “Bread” McDonald, Garth Dennis, and George “Buddy” Haye, the group was convinced to record for the hottest up and coming producer of the era, Henry “Junjo” Lawes. Pairing the singers with the Roots Radics band at the apex of its recording career and Channel One studios during its golden era, with Scientist as the mixing desk, the results were nothing less than the stuff of legend.

“We started producing [with] ‘Bredda Gravalicious’ in 1979 at Channel One,” recalls group co-founder Bread McDonald. “Out of that we got a deal with Island Records. We did Wild Suspense. We produced the whole of that album.”

Pipe continues the story, “After Wild Suspense, it was time to do another album, and I did have a lot of songs, like ‘Kingdom Rise And Kingdom Fall’ and ‘Oh What A Feeling’ and ‘See Baba Joe.’ We did have to put out an album, so we just go and do it for Greensleeves. Through we have so many songs. Bread always have songs, and I always have songs.”

Junjo Lawes simultaneously developed business relationships with VP in New York and Greensleeves in London, both of which were up and running for several years by the time of Fire House Rock. VP Records’ Chris Chin remembers when Junjo used to come around to Randy’s Records in Kingston and look for distribution for his music. “In some ways I found him a little bit intimidating because he was kind on the rough side. But nevertheless, I was kind of used to dealing a lot of different people, so I said, ‘alright cool.’” VP/Randy’s released several of Lawes’ earliest productions on 7-inch single and also Barrington Levy’s first LP, Shaolin Temple. While VP wouldn’t release the full Fire House Rock LP, as it did with other Greensleeves LP titles, VP did release several 12-inch mixes, including “Fire House Rock,” “Ishen Tree,” “Bandits Taking Over,” “A Fool Will Fall,” and “See Baba Joe” on its Jah Guidance imprint.

As was Chris Chin, Bread also recalls being skeptical of Lawes, but the smooth hustling producer quickly won him over too:

“We always hang out at Channel One, even when we wasn’t doing any work. It was the thing. Junjo came up to me and said, ‘Hey Bread, whappen? I would love you guys to do some music for me. I said, ‘Junjo, you think you can handle Wailing Souls?’ Because (some) producers didn’t want to deal with four men. Junjo had Barrington Levy and one and two solo artists. He said, ‘I want an artist like you guys to spearhead my thing because I have a deal going with Greensleeves.’ And I said ‘what?! Greensleeves?’ Cause I liked Greensleeves. We had met Chris Sedgwick and Chris Cracknell through Jo Jo Hoo Kim of Channel One. They treated us well (with a 1978 single “War” b/w “Jah Give Us Life”), and from Junjo mentioned Greensleeves, I said ‘yeah mon!’ The first album was Fire House Rock, and we continued working with him until he passed away really.”

According to Bread’s notes, the album was recorded in September 1980, well documented as a tumultuous time in Jamaica, the month before a bitterly contested general election.

The at-times mysterious lyrics of “Fire House Rock” tell the story of tension and strife in the community of Waterhouse prior to the elections and the wisdom that helped guide the group members. The song’s lyrics draw from literal observation of day-to-day reality but can be taken as deeper metaphors.

Pipe recalls that he had moved from Trench Town to Waterhouse by the end of the 1970s, as did many others during the heat of escalating local political tension. The heat was literal as well, as Pipe explains that he wrote the song during an unusually hot summer.

“I was living at 16 Gandhi Road in Waterhouse. I was there one Sunday … I just fix some red snapper with some gungo peas, rice and peas. I feel good with some soursop juice. So I just took up my guitar and [sat] on the trunk of my car. I had a car port, so I could drive up by the [house], and I was looking down this road right at the front of my gate, and it was so hot. I said ‘man, this place, when it hot, it REALLY hot.’ When it rain, the streets them flood.

“The fire was not a real fire, but you could see the heat coming up out of the asphalt at certain time of the day. Everybody mostly stay inside at that time of the day. It’s an artificial fire from the earth. That year we had an Indian summer, right through all year, no winter. It was really hot. I was sitting down and see the heat coming out of the asphalt.

“All those people whose names I call are real people … Natty Ribs, due to what was happening in the area, there were guys going around licking off people’s doors. All those people who have them little shops in them yard, [thieves] break in. Natty Ribs had a shop by his gate. What him do (laughs), him dig this big hole and put a ladder down in it and he would pack the things out of the shop down at night. Then he would cover it up with zinc. In the morning, he would have to do the same thing again. It was deadly mon, people kick off people door, pure gunman come in. Man shoot off all their grill. It was dangerous. He was protecting himself.

“Breddah Feeble is a man who used to work for the Jamaica Public Service. Most evening we go by his home on the Gully Bank (Sandy Gully). We would go there and smoke and talk and sing and drink a beer or two or a Guinness, whatsoever. Him always been a close friend.

“Everything in that song is just real and natural. The people are real. It’s a natural way of life. It’s just what was taking place.”

Pipe recalls the immediate public reaction to the debut of what would become the anthemic title track: “From the day we did that song. We [recorded] it like on a Monday, and the Wednesday we sang it live on stage at Skateland, and the show was DONE! The moment we come out and sing ‘some call it Waterhouse, Fire House Rock,’ the people come and fling away all the chairs and tables and the show was over. We had to run off the stage, get into a car and drive home. I just thank the Lord for the gift that can make I write songs off anything.” 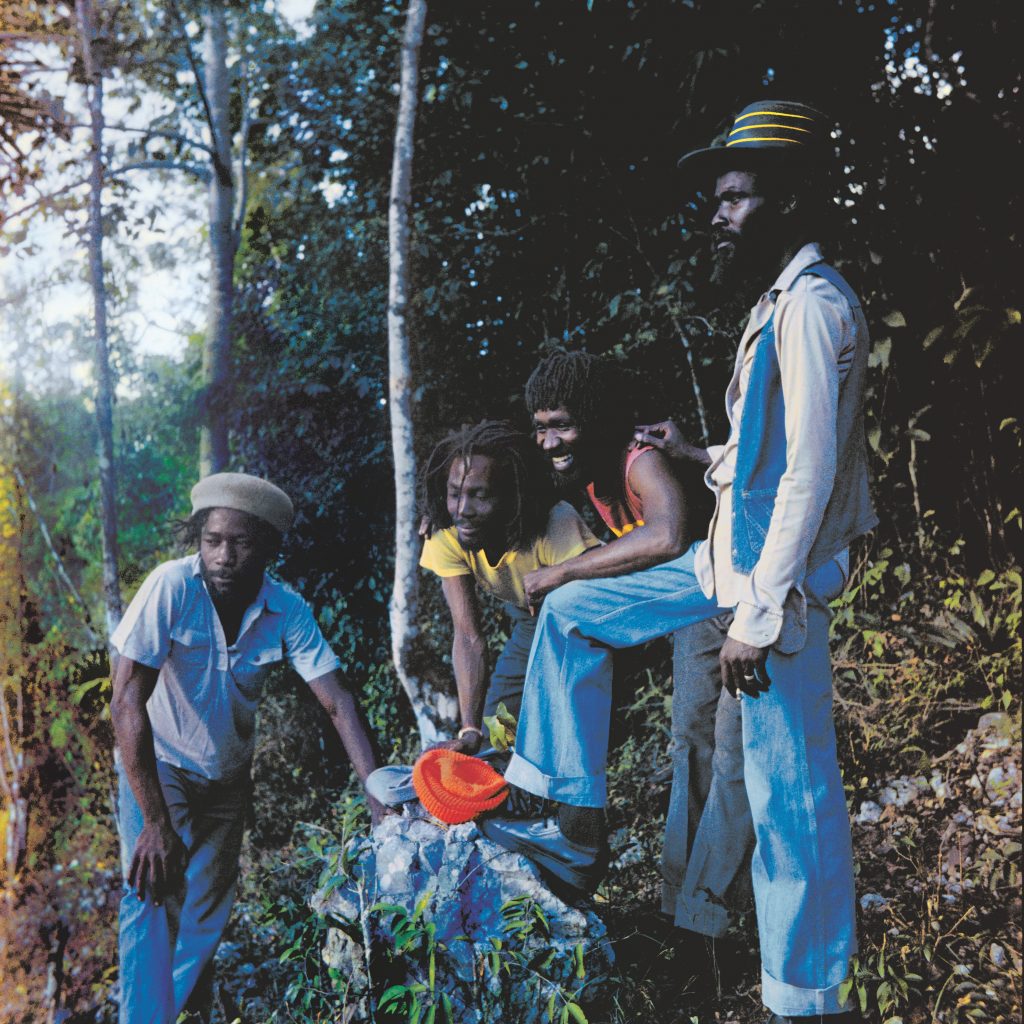 “The greater part of the songs is I write them,” says Pipe. “Because Bread can write, I say, any song you can write, you can sing it. If he wrote a song and don’t want to sing, he would give it to me. If I see it saying something, I will jump on it. We both can sing lead, we got the teaching to do that … Joe Higgs taught me how to structure the songs, layer harmonies, everything.” Both men’s admiration for Higgs as a mentor is profound.

Reflecting on four decades since these classic recordings, Pipe notes several distinct changes in Jamaican music and the recording process. “In our time, all the music went to the dancehall first. That’s where it got its power from. People would say ‘boy, da song deh bad yunno!’ [Then] people start to request it on the radio and records can sell … The music was sweeter in those times. The musicians were great musicians. They followed the lyrics. Now people have a riddim and call somebody and say ‘jump on this.’ We always create our own thing. Pipe recalls the Roots Radics as great interpreters of Wailing Souls’ musical vision. “Dwight Pinkney was the leader and Flabba Holt, the bassist. Those two mon was the most prominent, from Bingy Bunny died. And then Style Ratatom (Scott).”

Pipe, always spiritual and philosophical, explains the album’s other anthemic track in terms of its ongoing relevance: “Kingdom Rise and Kingdom Fall. Is we make all the changes, nothing is wrong with the Earth. What goes around comes around. It all stem from injustice. Is just how Earth a run right now. You just have to live good and do the best you can. Even now, Babylon back is against the wall, because the younger generation is thinking, ‘what is the next alternative, what is the next direction?’ Is just one of dem ting deh, life forever, life itinually.”