Reggae is religious in origin. Though its branches have extended into all parts of the secular music world, from punk, to pop, to dancehall, the original music that was introduced to the world from Jamaica was a statement of prayer and faith from the Rastafarians, who if you don’t know, are into some seriously fundamental Old Testament worship. Despite how often reggae makes it to the party world today, it seems to me that the nugget of charged spiritualism it carries with it is why so many feel open and welcome to the genre. It’s why you dance and feel good. It’s autoprayer. Somewhere in the bump and sway you find your way.

The Temple Rockers’ Festival of Lights brings back the deep reggae meditation. The record is a rocker, with heavy, present drum and bass supplied by leader David Gould on the bass and Matthew O’Brian of Thunder Body on drums. Richly divine horn melodies flow throughout, embellishing the sacred relationship between vocals and melody.

Festival of Lights is an all analog, genuinely inspired exploration into the depth of ancient Jewish melodies. David Gould immediately centers you with his ritual-like circular bass patterns that support the trancing ancient chants with a rock solid, hard reggae-roots background. The recording and mixing style champions the best of mid 1970s Jamaican dub plate sounds—the result of a combined encyclopedic knowledge of reggae recording history between David Gould and engineer Craig “Dub Fader” Welch.

I met David Gould in 2001. As a bass player diving into reggae, his style was a guiding light to me. I took his number off of the cork board of Ithaca Guitar Works when he announced he was giving bass lessons. At the time he was playing my favorite style in my favorite band, John Brown’s Body. David’s bass foundation in that band represented a special time for the group when they were in their peak of Jamaican ‘70s style roots and dub demonstration. It was a time that greatly introduced and inspired me to look into all reggae sounds. Shortly after I met him, David released the prequel to The Temple Rockers, Adonai and I, which was a roots record of Jewish melodies accompanied by an entire album of some of the heaviest Dub I had ever heard. As a lover of deep meditative reggae, I was blown away. As an American Jew familiar with many of the melodies since childhood, I felt reinforced in my belief that the crossover between music and spirituality existed well across cultures, continents, and religion. It’s all sacred. David chose timeless songs that have been carried, cared for, and sung around the world. Reggae is so fit a vehicle for human engagement and chanting that is was seamless. It is a brilliant synthesis that David has excavated.

Shortly after I met David I took a memorable trip to Ghana, West Africa. When in the Ashanti region of Ghana, it is customary to meet the elders of the village you visit. They will tell you the history of the people. They begin with describing how, long ago, their people were cast out of Egypt by the pharaoh. I would say “but that’s the story of the Jews, in Exodus, they went east across the Red Sea” and the elders would say, “yes, but the sea closed. We had to go west across the Sudan, until we arrived here.” 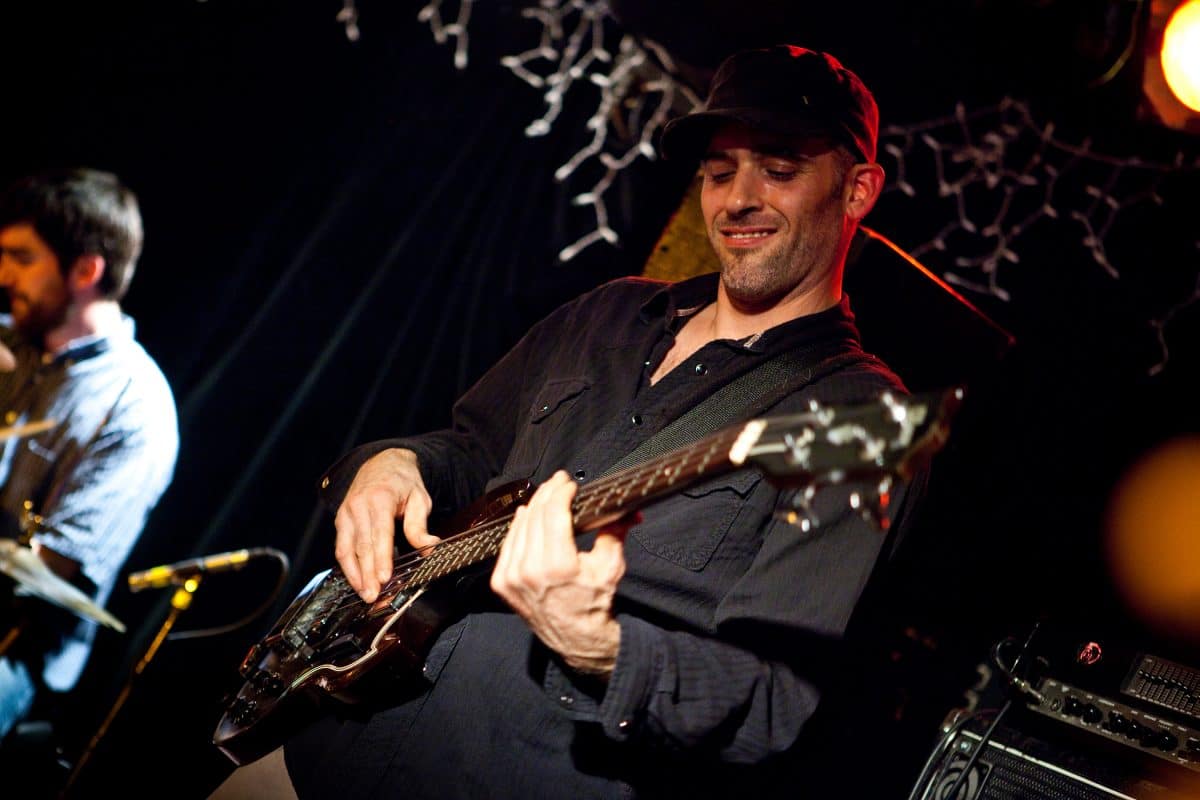 As an American Jew, that always struck me. Why had I never heard that story before—the half that had never been told? In fact the Rastafarians have always been relating their Jamaican experience to that of the Jews in the Old Testament. There is much overlap in the layers of shared experience between these two both chronologically and geographically distant communities, and that connection lends support to the significance of this record. These are sounds to celebrate together.

Whether in origin or experience, we all share many of the same pasts and joys spawned out of ritual and mysticism. The world is large, the story is old, but the lineage is connected and recognizable. There is a memorable sway and interplay of these songs and rhythms. Jamaican rhythms and Jewish melodies are both ancient and becoming in the beautiful new Temple Rockers recording, Festival of Lights.

Rootfire is honored to be able to premiere “Almighty Light” featuring Wayne Jarrett shining bright on vocals. David sought out Jarrett for the record, along with other pillars of the Jamaican vocal tradition including Linval Thompson and Ansel Meditations. “Almighty Light” is an inspiring preview track of what’s to come on Festival of Lights, available as an instant download with pre-order of the album from Fresh Roots Records. 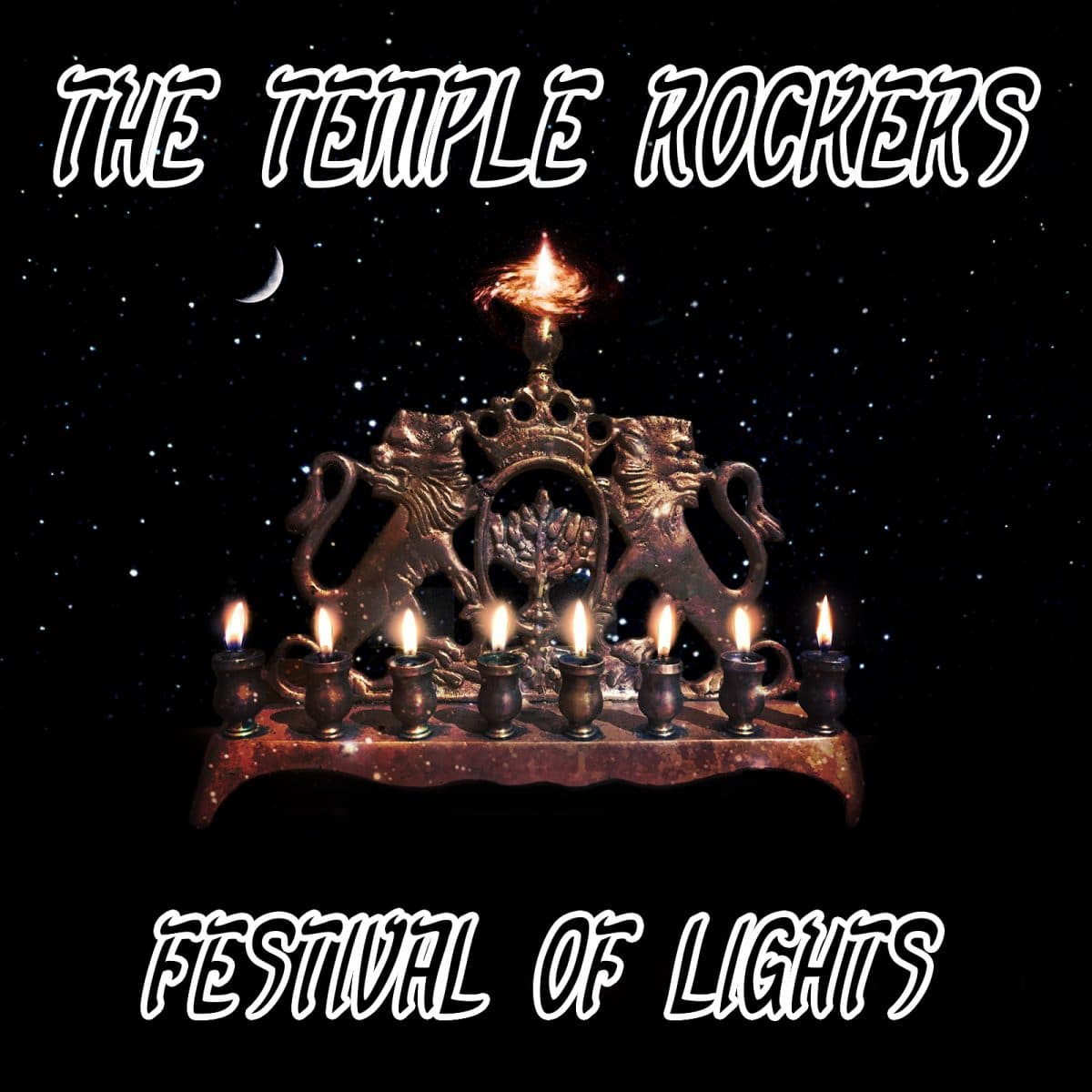