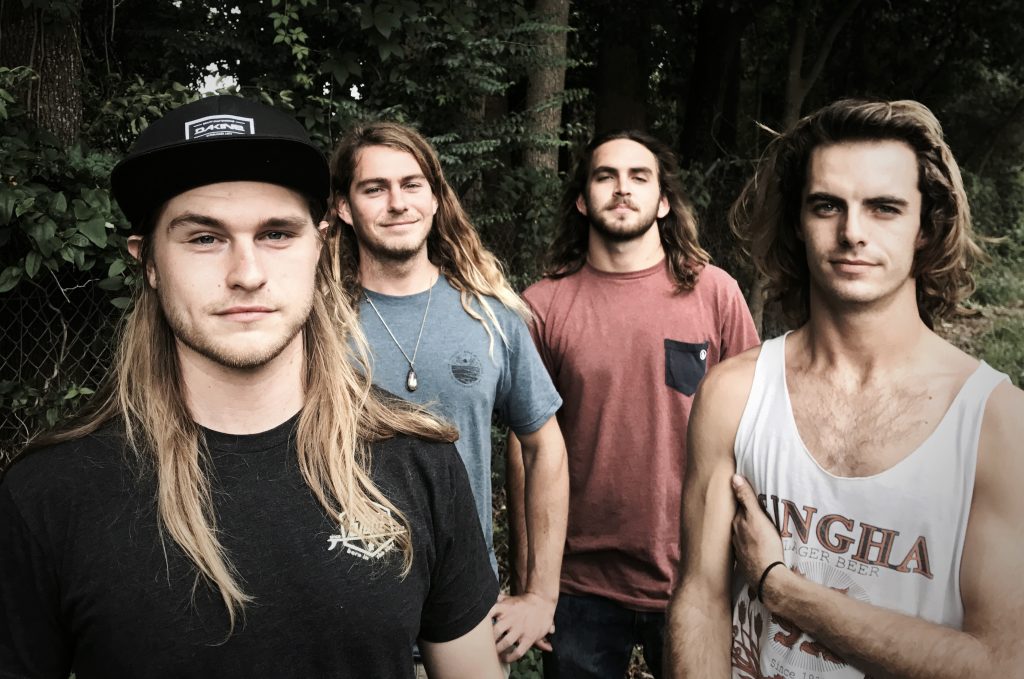 While the American reggae/reggae rock scene has grown exponentially in the past several years, one of its core characteristics has always been its connection to surfing culture, and this is no doubt exemplified by progressive roots reggae band, The Ellameno Beat. The entire band surfs avidly and they tour with a quiver of custom-made boards crafted by their friends and sponsor, Stoke Surfboards.

TEB songwriter and frontman, Reggie Froom, relates, “We take them on the road with us and ride them whenever we have the chance to surf. At the shows, we always have our personal quiver set up at the merch booth alongside a selection of brand new boards for sale, and even take custom board orders.”

The Ellameno Beat grew up in the small coastal town of Jensen Beach, Florida, which thrives on surfing and fishing. As the band grew, they began gaining attention farther south, and would play regular shows at the waterfront bar and restaurant Guanabanas in Jupiter, FL. The heart of their fan base exists in this stretch of Southeastern Florida.

Over the years, many of their hometown followers moved to Jacksonville and the band began to see potential for new growth in this bigger city, which offered a diverse culture including some quality surf, a college, and a downtown scene with multiple music venues. Also, thinking strategically about traveling to promote the release of their 2015 laid back roots rocker EP, Party Wave, which hit #3 on the iTunes Reggae Chart and #11 on the Billboard Reggae Chart, Jacksonville was centrally located amongst key regional Southeast markets such as Orlando, Tallahassee, Gainesville, Savannah, Atlanta, and Charleston.

Through their passion for surfing and their collaborative travel efforts with Stoke, TEB has also found a very Jensen Beach-like community up in Long Beach Island, NJ. In fact, they anchor their tour schedule around Shape Fest, a grassroots festival in L.B.I. aimed at showcasing the skillful art of surfboard building and the music that has stemmed from the culture. 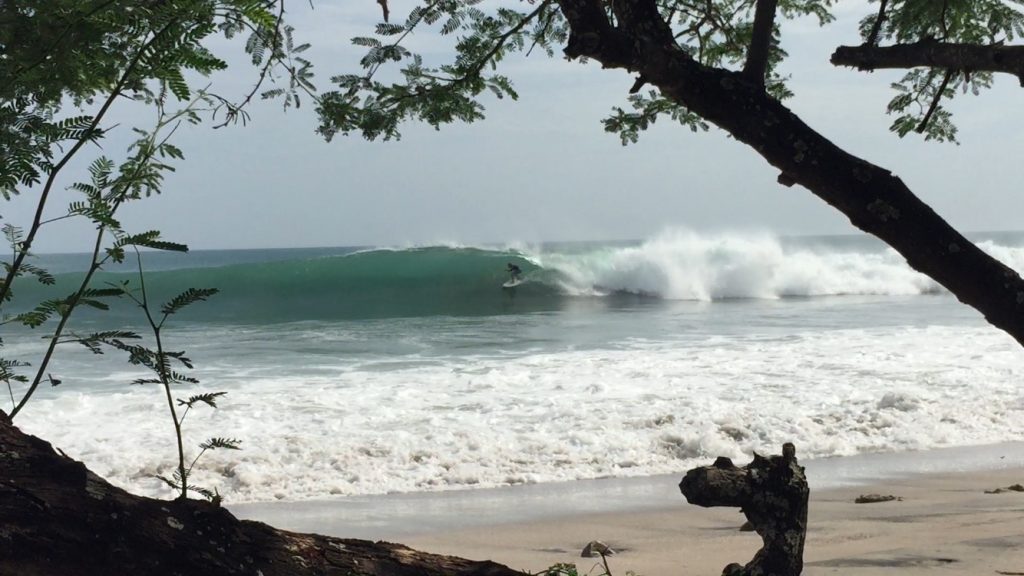 Asked about the origin of the band’s name, Reggie explains, “In the beginning, as I had my sights set on developing a band to perform my studio work, I was searching for an identity. For some reason, at this time, a memory was floating around in my head of a fellow classmate in grade school confusing the individual letters L M N O P as one complex letter due to the repetitious rhythm in which we all learn the alphabet. During a session with my good friend, Dave Richards, who currently plays bass for Shaggy, I told him the funny story and tossed the idea of spelling out the combination of letters as if it were one single entity. Within seconds, Dave came up the idea to replace P with Beat, and there it was! I like to think that by taking these multiple entities and identifying them as one, the name represents the synergy that is the back bone of the sound we are after.”

Today Rootfire premieres “Muse,” the first track from TEB’s forthcoming debut full-length album, Surface, which was recorded and produced in its entirety by Reggie in his home studio in Jacksonville.

The song starts off with a simple, catchy keyboard riff over trippy synth pad before dropping into a slow and heavy, classic roots reggae beat. Next, the steadily skanking keys, drums and bass are complemented by dreamy, understated, vocal humming, reminiscent somewhat of a Stick Figure sound. Later in the song, a trumpet, distorted with a bubble mute in the bell, punctuates this interesting mix of subtle, aural elements. Yet, thanks to a sparse arrangement which allows each sound to breathe, the overall production, rich in textures, has a stripped down feel to it. Reggie’s gentle vocals and the overall vibe of this song bring to mind one of my favorite classic reggae artists, Gregory Isaacs.

Lyrically, as the song title suggests, Reggie sings to his muse, asking for inspiration. An artist’s connection to his/her muse is critical and needs to be nurtured.

“And I need you, to come alive with me, help me feel loose.”

The song reminds me of the days when, in the throws of writing my novel, The Cosmic Burrito, I hit a wall. Horrified and discouraged by my writer’s block, I lamented the loss of my imagination, creativity and direction.

“You’ve gone run around with your screws loose.”

I realized that, at the time, I had too many uncertainties in my life causing me a lot of duress —  my parents were selling my childhood home and moving to another town, which prompted me to want to move out on my own. So, for the first time in my life, I had to find my own place to live. I also needed a new car. Add to that unhappiness with my career. And, probably most stressful, I was at a critical crossroads inlong-term term romantic relationship. With all of these things in flux, I couldn’t muster the energy and focus to move my novel forward.

“We took a little time, nah gonna run no race, we’re where we ought to be…”

I decided to take a break from the project while I got my life in order. Down the road a bit, after settling into my first apartment, buying a new car and making a decision about my relationship, I felt grounded. To my surprise, when I turned my attention back to my novel to take another crack at writing, the thoughts and ideas once again flowed freely.

About “Muse,” Reggie says he hopes listeners “can find, or be reminded of, a vivid view of what sincerely inspires them to the core.”

If you dig “Muse,” you can catch them on tour along the East coast this June and be on the lookout for The Ellameno Beat’s debut full-length album, Surface, set to drop at the end of summer.

Generation Consciousness at Ithaca Reggae Fest →
wpDiscuz
We use cookies to ensure that we give you the best experience on our website. If you continue to use this site we will assume that you are happy with it.Ok