One of my favorite aspects of the progressive roots scene is the fraternal sense of community that is not only evident amongst fans, but also shared amongst the artists themselves. One of the ways that this endearing characteristic surfaces on what has become a regular basis are artist collaborations, which often make for some of the most noteworthy tracks.

In anticipation of Wake Up, the forthcoming third studio album from North Carolina roots rockers, Signal Fire, Rootfire premieres one such collaboration featuring vocals from Jackson Wetherbee of The Elovaters. And what a beautiful pairing it is! Wetherbee’s award-worthy voice would improve any song, but his higher pitch and easy delivery mesh particularly well with Signal Fire bandleader and vocalist Sean Gregory’s Jack Johnson-ish, understated tone and lower register.

How did this tasty collaboration come about?

Signal Fire knew Wetherbee and his band from playing shows together over the past couple of years, and during The Elovaters recent gig in Wilmington, Gregory put the band up at his house, along with their tourmates Of Good Nature. With both bands sitting around his home studio enjoying camaraderie and post-show libations, Wetherbee laid down the vocals around 4am. “I love the way he sings his melodies, and he crushed it,” said Gregory. “I love the vibe his voice had at that moment in time.”

He continued, “Everybody was amped when we listened back. It was a fun time. I wanted this track to have the feel of an old Dennis Brown tune, simple and melodic. I feel Jackson’s voice fits right into that vibe.”

Thematically, “Too Late” speaks to embracing the present.

This is a concept that hits close to home for me personally. On a firsthand basis, I regularly witness how holding on to past pains and obsessing over concerns for the future can destroy a person. We all have things that have hurt us, and we do need to prepare for the future, but dwelling on emotional scars and continuously fearing uncertainties or potential problems that could occur down the road sadly inhibits our ability to enjoy the here and now.

Unfortunately, for people that wrestle with this, most of the time it is not a conscious choice, but something they can’t help. Combatting this tendency takes constant mental focus and fortitude. Hopefully this song will serve as a reminder and inspiration to help enjoy the glory of the present, as each moment is truly a gift.

Like “Too Late,” which releases on June 28, the entire Wake Up album was recorded, produced and mixed in Gregory’s home studio in Wilmington. “It kind of started as an experiment to see if I could fully produce and mix an album with minimal studio space and equipment,” Gregory related. “Typically, I would record the demos here, then go to a studio to record with the band, then hire a mixing engineer for the final product. These costs rack up quick for unsigned artists, so I decided I was going to try and do the album at no cost, other than my time and efforts.”

Wake Up will be available in its entirety on July 26 and the finished product is, simply, beautiful. “Too Late,” just like the memorable Signal Fire single we premiered last spring, “Conquering Lion,” join nine additional songs in completing a mellifluous collection of effervescent reggae songs sure to satisfy the souls of progressive roots fans. 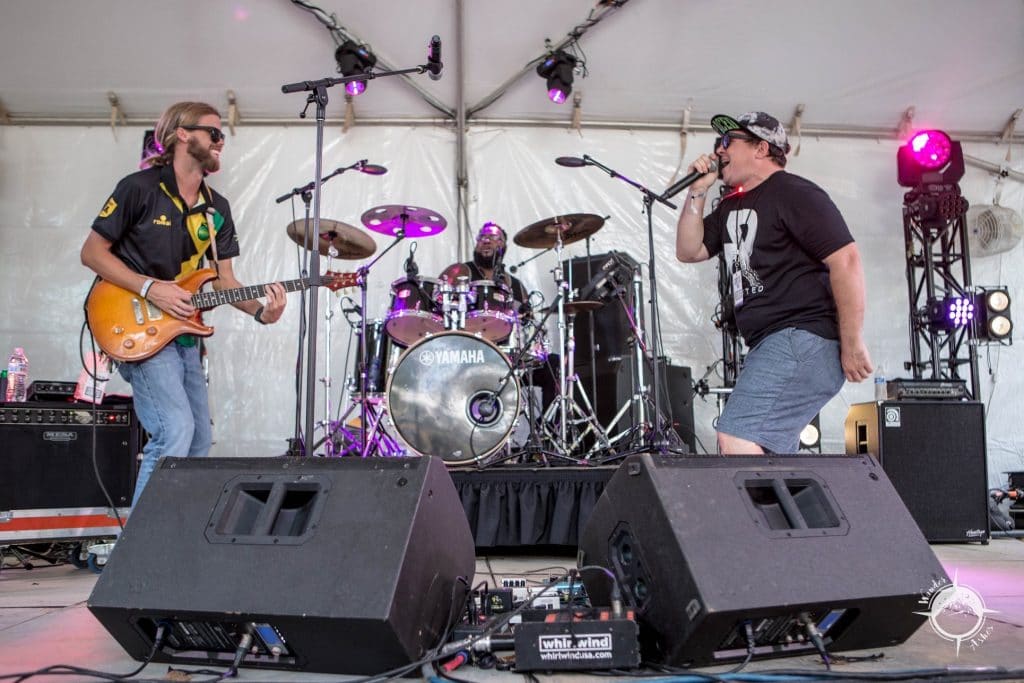