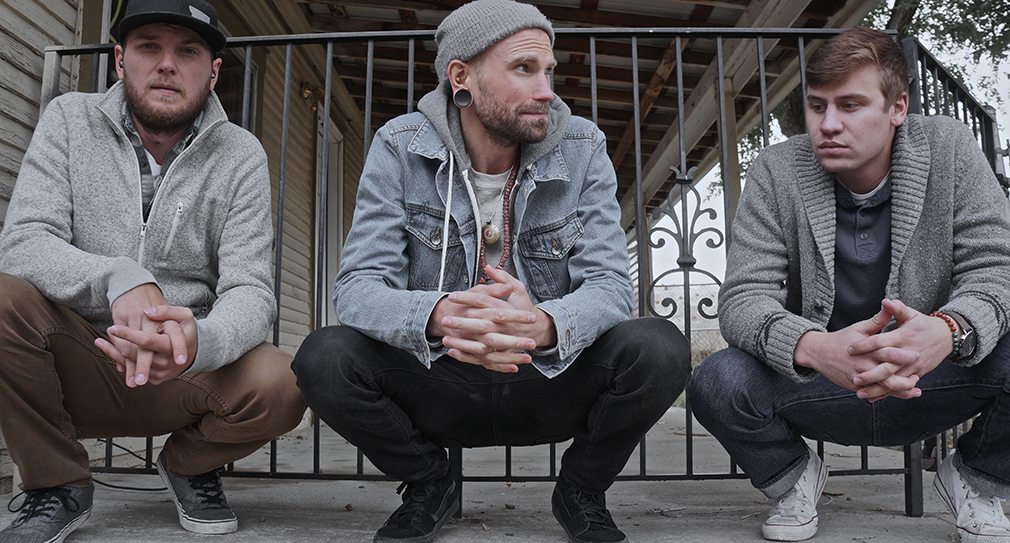 Satsang is a Sanskrit word that translates to mean “being with the truth.” Satsang (the band), is a Montana-based trio, creating some of the most exciting underground and conscious music released today. Their Americana style is at times part folk, part melodic hip hop.

How does this relate to the modern reggae movement? It does in many ways similar to that of Nahko and Medicine for the People, Trevor Hall, and Tubby Love …. in that, Satsang’s songwriting is exceptional and places the message at the forefront. Similarly to the abovementioned artists, the band has stepped up the production and stayed true to their message from one recording to the next.

I love the music, let’s be clear about that, but there is something else I would like to talk about. With this band specifically, their name makes me pause anytime I see it. I start to feel a little uncomfortable, followed by a quick rush. It’s a feeling I like, but one that somehow coincides with pain. It reminds me of my faults, knowing that I could be more in the moment than I often am or that I could seek healthier ways of dealing with stress. The band’s music also has this same effect on me. Choosing the name Satsang takes guts, and here is my opinion on the matter.

The Sanskrit word Satsang is as old as millennia, used as a term almost like “church” for a gathering of people where teaching and meditation take place, often accompanied by music. The name has crossed into the mainstream through the likes of musicians such as Krishna Das, who has achieved near superstar status performing during Satsang at retreat centers, Yoga festivals, and public halls all over the world.

Last month my wife Erin and I invited two friends to join us for Satsang featuring Krishna Das in Yogaville, VA . Not having been to a Satsang before, our friends asked what exactly Satsang was during the car ride. They were just joining us because we had invited them, and I suspect they did not think much more about it before saying yes to the invitation. As our friends were definitely of a spiritual nature and frequently went to church, Erin responded by trying to describe the music, shared readings, and other elements of the gathering.  After a long pause, she said “Satsang is kind of like Yogachurch.” Much of the car ride after that was quiet.

When we arrived it really did feel like church, with everyone seated facing an altar. Soon a video began to play of Swami Satchidananda (Yogaville’s founder who gave the speech to open the Woodstock festival in 1969), offering a lesson on awareness and kindness. The video ended 30 minutes later and Krishna Das began to perform kirtan music. The room quickly erupted in joyful singing in the traditional call and response format, with the words first being sung by Krishna Das, then repeated by the audience. Although our friends never did join in the singing, they seemed at peace. Erin and I sat next to them, holding hands and singing a little bit louder as our confidence began to grow from song to song.

What I suspect gave bandleader Drew McManus the guts to name his band Satsang, has to do with remembering to always bring awareness to his music, while staying true to himself while on the journey of sharing it.

My opinion may be misguided, but earlier this morning when I read a story of McManus’ dark past, and how it relates to the music he makes now,  I felt the need to speak up, and offer a nod of gratitude to him for sharing an honest look into his own life and what makes the band he helped create “Satsang”.

So what’s the story? The below is taken from the band’s press release for their upcoming album Pyramid(s)

Commenting on his difficult upbringing, McManus says, “I grew up in an environment where aggression, violence, abuse and addiction were always present. It made me a lot of things; angry, sad, and ashamed. I hated my story and I was a slave to addiction. I tried for so long to hide from the reality of my story and the reality of how beautiful life could be.” It wasn’t until an intense spiritual experience lead Drew to break his cycle of addiction. “I had changed my entire outlook on everything,” said McManus, “I began to realize that had everything not happened to me exactly like it did I would not be exactly who/where/what I am right now.” In an effort to share his revelation with others who may be in the same predicament, Drew began to write every day. “I was flooded with the urge to write down the lessons that kept revealing themselves in this surrender. And the connections I began making with other people by making this music vulnerable and open, began to change everything.” Satsang’s lyrics are a statement of lessons learned and a further understanding of self, “The whole story is what makes it beautiful, not just the good bits.”

It’s our honor to help share these songs on Rootfire. We hope you enjoy.

“Just A Child” is the first single off Pyramid(s), the new album from Satsang, available March 20th. 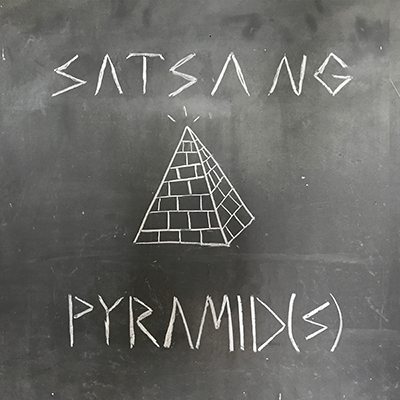 ← Stick Figure – Touring Europe One Airbnb At A Time