It’s been a momentous year for the John Brown’s Body massive. 10 Ft. Ganja Plant played a rare show at the Ithaca Reggae Fest last month, and this weekend JBB will break their hiatus for a reunion performance at the Finger Lakes Grassroots Festival of Music & Dance in Trumansville, NY. Additionally, co-founder and former front man Kevin Kinsella has been making some appearances of his own (including this weekend at Grassroots) and dropping new music, which is what brings us here today.

Following last month’s single, “Take a Look,” on July 22nd, Kinsella will release his next track, “Not Too Late.” Rootfire readers can hear it today at the link above. Ultimately, this single will find itself part of an album titled, Kevin Kinsella at Imperial Sound Volume I, scheduled for a full digital release this fall with a vinyl to follow in the winter, pending production time. 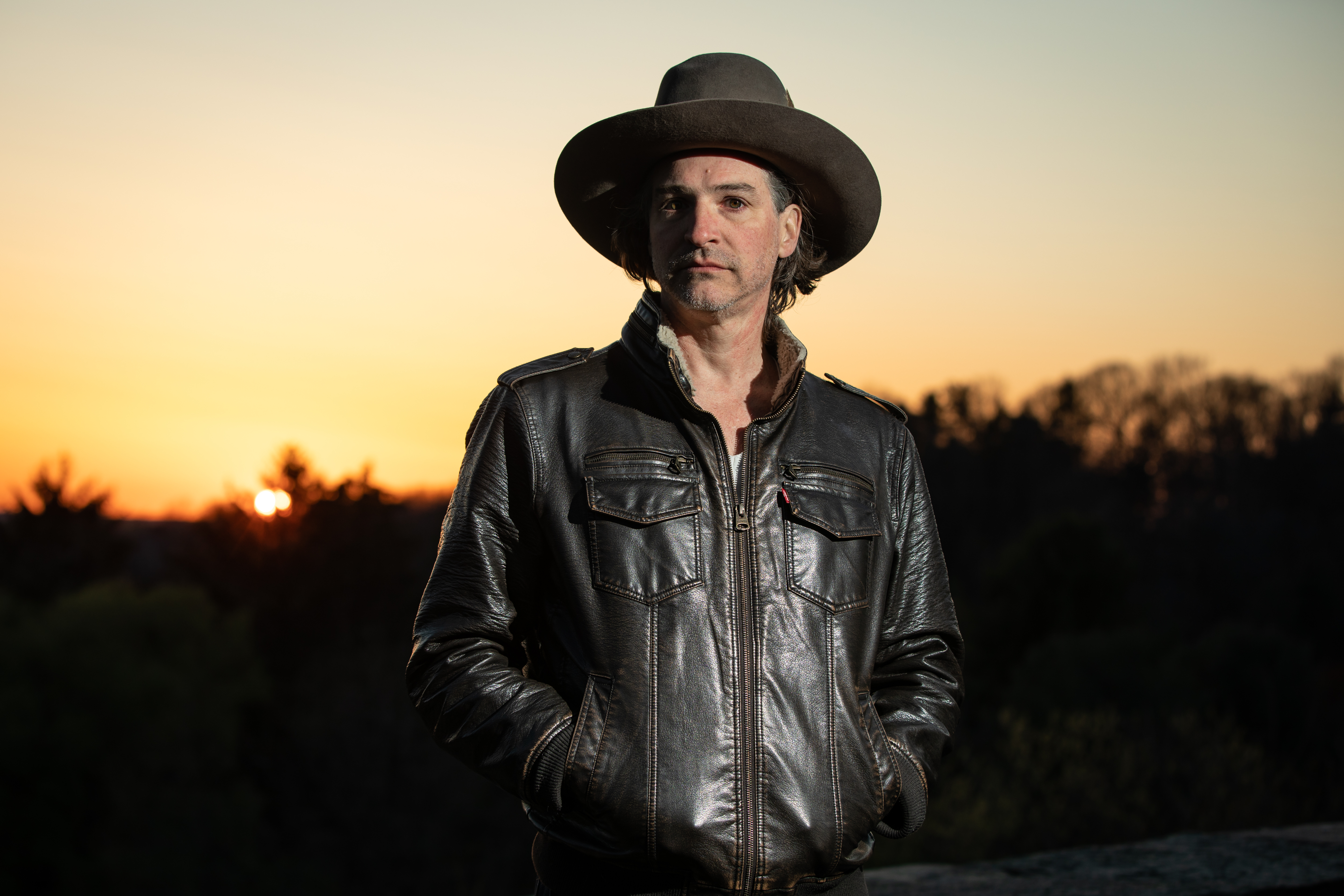 Lyrically, “Not Too Late,” poetically portends the perilous path of our planet and in particular, our country. Amidst refences to environmental concerns, Kinsella drops this nugget, a not-so-veiled jab at Americans’ penchant for mass murder:

What kind of world are we leaving for our children’s children?

Where will they hide when they are being hunted?

Certainly not the sunny side of roots reggae, but on point with the state of affairs in 2022 and a perfect fit with the foreboding tone of the music, enhanced by the synth emulating orchestral string arrangements. “I like the ominous vibe it brings,” Kinsella remarked about that element. “Sets the listener on edge.”

The song concludes with a much-needed reminder for these grim times where too many people i.e. conservative lawmakers and those who back them, whether motivated by greed, fear, and/or self-righteousness, put their own interests and beliefs first:

The world is for you and me, not just you alone

The world is for everyone, not just you alone

Poignant words from a beloved musician that should resonate with fans who have waited patiently for quite some time for new music. During a recent interview on A Conversation in Dub podcast, Kinsella mentioned that he picks up the guitar every day, yet it’s been eight years since he last released an LP. What gives?

Kinsella said he does write and create music on the daily/weekly, but explained, “Writing in such adverse and trying times was challenging. It is hard to address so many important and world-altering events without falling into cliches or leaning on rhetoric. Words and music create a sacred bond which is like a spell, so, usually, when it feels right when you sing it, it’s the right thing to be saying. I guess it just took time to find that right combination.”

Regarding the greatest challenge in creating new music as a solo independent artist, he added, “It’s all on you as the individual to drive a project – from conception through execution, and then promoting it and letting people know about it. It’s nice to have a group effort because usually someone’s always stoking the fires in one of those capacities.” 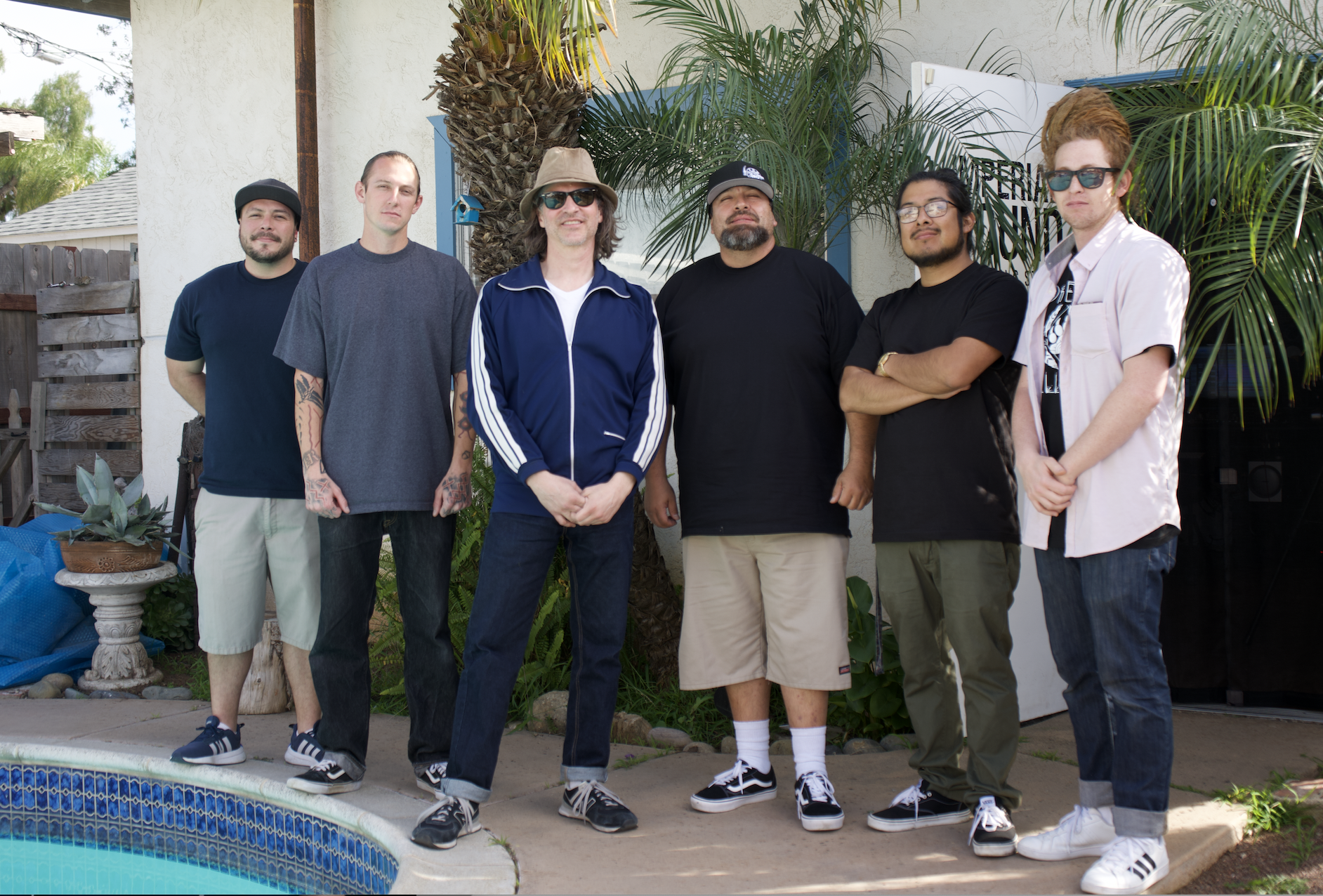 On Kevin Kinsella at Imperial Sound Volume I, Kinsella is backed expertly by a band of North San Diego County musicians that go by the name Raiz Music. Led by Sonny Romero on drums, the band also includes his brother Sergio on keys, Johnny Mendoza on bass and Supul Weh on guitar.

Kinsella spoke about how he first connected with Sonny Romero over two decades ago. Evidently, Romero had inadvertently purchased JBB’s Among Them CD because it was in the Burning Spear slot in the record shop. He really dug the music, which prompted him to attend a performance during JBB’s first California tour in 1998. “He loved the band so much that he promoted a show the next time we came through California on the This Day tour in 2000,” Kinsella said regarding the beginning of their 22-year friendship. “Raiz Muzik has backed me up on many SoCal runs over the years.  This time I decided we should record what we do for posterity — and it far exceeded all our expectations.”

“I love San Diego. My music has always been so warmly received there,” he continued, expanding upon why he chose to work with a band and producer from the opposite side of the country. “It’s a unique place in the U.S. because they have such a deep love for Jamaican roots reggae of the early 80s variety. Many Jamaican artists (Michael Palmer, Triston Palmer, Michael Prophet, Little John, Half Pint, for example) just do one-off shows there and ram the house. That doesn’t happen in other regions. I think my music touches on those influences for sure so it found a resonance there.”

As for working with E. N Young, Kinsella met him while the producer had been touring as a keyboardist for Tribal Seeds. When Young played Ithaca Reggae Fest, he and Kinsella got to spend more time together, and their friendship grew. “E.N Young is a high-level human being,” lauded Kinsella. “He’s great to work with in his organization, his ear, his technical prowess, as well as being a high-level musician and engineer. We communicate well together and have a similar work ethic. I rate him and his studio very highly.”

How did working with these new collaborators impact the creation of the music and the final results?

“I think working with Raiz and E.N keep these songs roots reggae to the bone,” Kinsella stated emphatically.  “A lot of my music in the past, both with JBB and solo work, has a folk/singer-songwriter strain in it. But I do love just straight-up hard-hitting reggae. I think that’s what those guys capitalized on in this batch of tunes…and they knocked it out of the park in my opinion.” 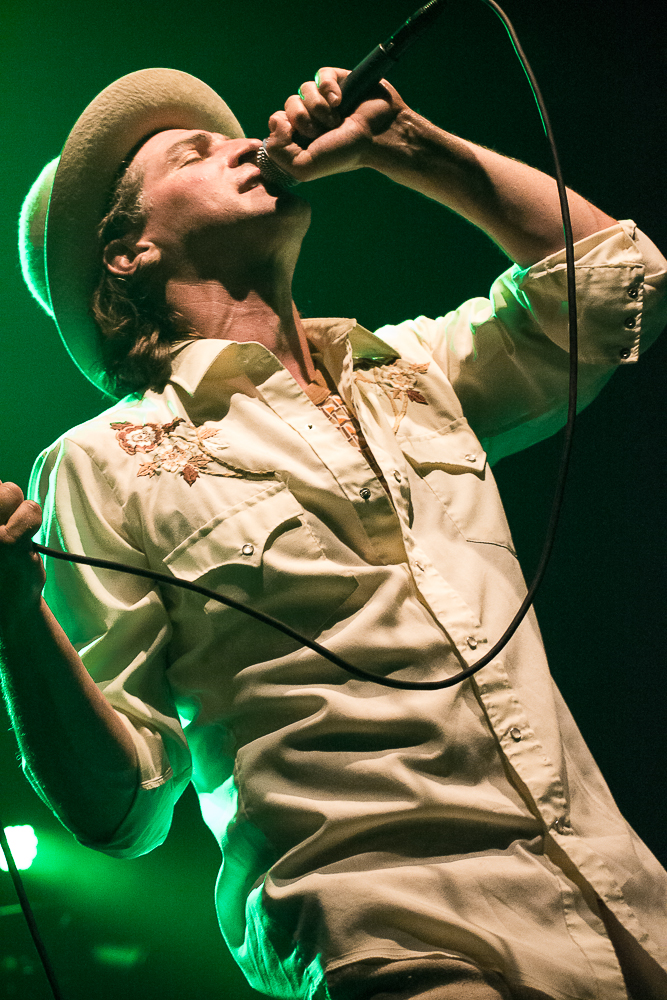