First Listen: Kings and Comrades – On My Way

The relationship between Rootfire & Philadelphia-area Kings and Comrades dates back almost ten years and is filled with some interesting connections. Rootfire founder, Seth Herman, along with John Brown’s Body, who he was managing at the time, selected a Kings and Comrades track, “Another Way,” to be included on The Pier’s 2009 “Exposed Sampler.” Rootfire also included this track on our 2013 Progressive Roots vinyl sampler, which culled together tracks from some of our favorite artists performing at that year’s California Roots Festival.

Back in 2012, Seth, then managing The Green, helped arrange for K & C to open for the Hawaiian reggae stars during their Philadelphia show at the now defunct Blockley. This performance also featured Stick Figure on their first ever tour, who, incidentally, had previously introduced me to the music of K & C via a tweet promoting one of K & C’s earlier releases.

I first met Kings and Comrades’ lead singer/songwriter Jeff McCaughey at that Blockley performance, and over the years I have connected with him at various reggae events in the NYC/Philly area. Whenever I would run into him, I’d badger him about when K & C would be releasing new music.

The answer to that question is now: Rootfire is excited to premiere the title track to Kings and Comrades’ latest album On My Way, dropping August 3 on Roots Musician Records.

“It’s a song about transition and overcoming struggles and just living life to the fullest,” McCaughey told me via text message from his honeymoon in Hawaii. “It’s something I really believe in. I feel like we have all the answers within ourselves, even when things get difficult.”

“On My Way” stays consistent with that signature Kings and Comrades sound—graceful, melodic, tender, lush and polished. The music’s soothing, supple vibes can be largely credited to McCaughey’s gentle vocals, which he delivers with intimacy and charm, almost as if he’s alone with you, singing for your ears only. McCaughey cites lovers rock luminaries Dennis Brown and Alton Ellis among his most beloved musicians, and their styles have clearly influenced his modern take on the genre.

The album, recorded by band friend Ian Fursa in various places around Philadelphia using K & C’s own equipment, was then mixed and mastered by E.N Young at his Imperial Sound Recording Studio. “It was really cool working with [E.N],” said McCaughey. “He’s creative and down to earth.”

Also worth noting, the album art was done by Chris Morphis, an artist McCaughey has been following since seeing him paint live during a Stick Figure show a few years ago in Philly. “He has a unique style which focuses on elements of nature that really inspires me,” McCaughey explained.

If inspiration is something you’re seeking, perhaps “On My Way” will provide it, with its uplifting message and beautiful music. Kudos to Kings and Comrades for growing their catalog of delectable progressive roots music.

Kings and Comrades latest single “On My Way” will be available July 27 on all digital outlets. 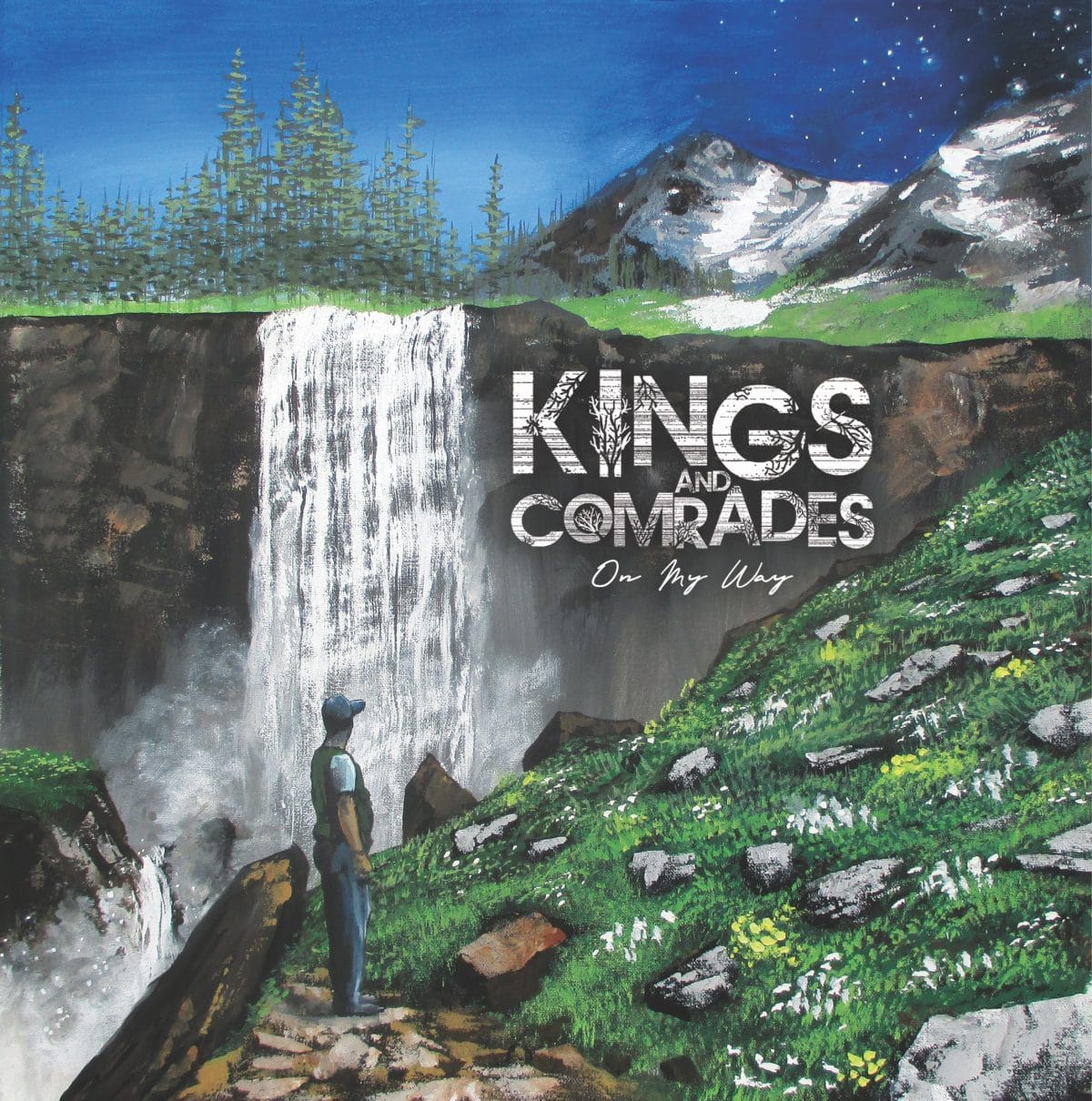