Back to the roots. As music (and the world for that matter) pushes forward at a million miles a second, sometimes taking the time to reflect on where we came from, and who came before us, provides the insight and inspiration needed today. With a career spanning over five decades, King Jammy has been a pioneer of reggae music since its earliest days and is credited with jump starting dancehall through his megahit with Wayne Smith “Under Mi Sleng Teng,” the first fully-digital single to come out of Jamaica. And Jammy is showing no signs of slowing down. Today, we take a look at his latest offering, King Jammy Presents: Dennis Brown – Tracks of Life, out on VP Records September 14.

Taking a dive into his collection as producer and engineer, King Jammy revisits some of the most classic works by the Crown Prince of Reggae: Dennis Brown. Jammy has lifted these iconic songs into the 21st century, remastering the original instrumentals and adding a modern feel via overdubs and guest vocalists. With features along the lines of Alborosie, Protoje, and Damian Marley balanced by up-and-comers like female roots singer Aza Lineage, King Jammy delivers the work of this prolific singer/songwriter in a fresh light that lacks no impact, displaying the indisputable relevance of roots music today.

In a double-header first listen premiere, Rootfire has two tracks to share today. The first, “You Satisfy My Soul,” is the only track on the album that does not feature a guest vocalist. Rather, King Jammy lets the heart-felt vocals of Dennis Brown carry this meditative praise song. The second, “How Long” featuring long time Jamaican dancehall DJ Josie Wales, brings a blend of the old school over this roots rendition of the Laba Laba riddim.

In anticipation of this release, Rootfire had the opportunity to hop on the phone with King Jammy to talk about the legacy of Dennis Brown and why Jammy is deciding to revisit these classic tracks.

Rootfire: We’re premiering a couple tracks from Tracks of Life, the Dennis Brown album coming out on VP Records. I want to talk with you about that for the publication, but first off, how was Rototom Sunsplash? You were out there a couple weeks ago, yeah?

RF: Did you see any new artists that you were excited about?

KJ: Well, I don’t go shopping, you know. I go to most all of the festivals in Europe and perform with the dub mix and things like that.

RF: What’s the live rig like for that sort of thing? Are you traveling just with some effects with you and they provide a board or how does that work?

KJ: I travel with a mixing console and I travel with lots of gadgets, my laptop, my hard drive, my Mbox. It’s a combination of my son and myself, we do it together.

RF: That sounds so cool. Well, it seems like over the last couple of years you’ve been kind of revisiting some of your classic albums. You had the Black Uhuru record released a couple of years ago and now you’re focusing on Dennis Brown. Other than them being just an amazing collection of amazing songs, was there any personal motivation for you to revisit some of that early work?

KJ: Well yes, because, you know those artists are no longer around, you know? And I think I should give some more justice to them by bringing them back on the scene with some younger artists with their name out there to see if we can garner some more respect for reggae music. Because what is going on now in the business, we don’t have much young artists apart from Chronixx, Jesse Royal, Alborosie, Protoje, you know Kabaka Pyramid…we don’t have much young artists who are really kicking up a storm out there in the reggae industry. You have more dancehall artists nowadays, so we wanted to keep the reggae light burning, you know? So I decided to revisit my catalog, and cover some of the classics and then, you know, you add some things to make it sound like the sounds of today.

RF: Are you actually remastering or remixing the basic tracks? Or are you keeping those pretty intact.

KJ: Well, some of the old tracks, yes, we remaster them. The Dennis Brown tracks we go right over entirely and we remix them and everything like that, and add some new sounds, maybe some harmonies, and then, as you can hear, we put some of the modern artists who are really doing something for the business out there, on top of Dennis Brown.

RF: It’s a great sounding album. I’ve listened to it all the way through a few times and it really sounds good. So for Rootfire we’re going to be premiering two songs off of the record, “Satisfy My Soul” and “How Long,” so I’d love to hear from you about those two songs individually. “Satisfy My Soul” is the only song on the record that doesn’t have a guest… 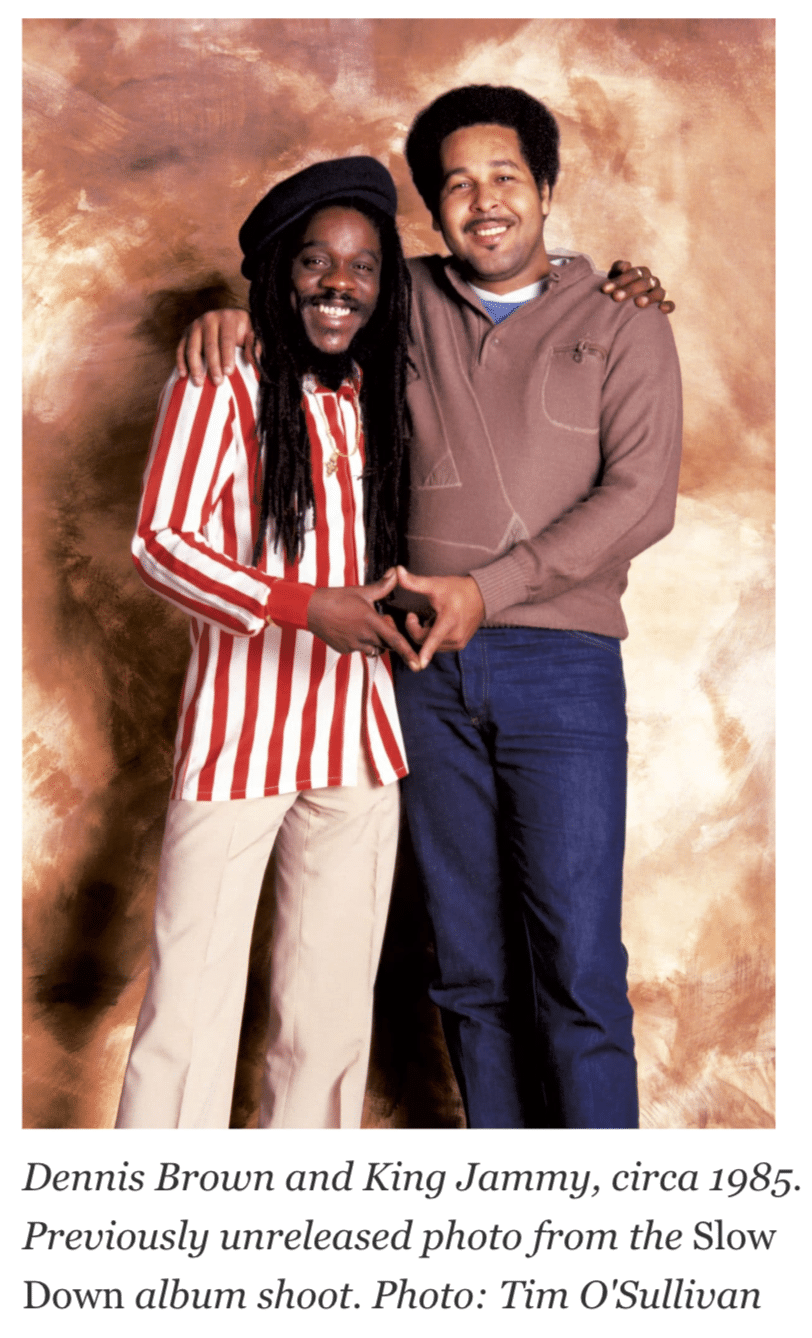 KJ: A combination, yes. That song, that song has meaning to it, you know? It’s like a prayer for me, and it was like a prayer for Dennis Brown. That is why I love that song; he’s singing about Jah, you know, the Father, Almighty One, who we serve as Jah, and it means a lot to him and it means a lot to me because it’s a song that was one of the last songs he did before he died. So that’s why I decided to put it on the album without any combination, because it means more done just singing, like a meditative mood and things like that. So I decided that I would include that song on the album. Because Dennis Brown, you know, he loved that song.

RF: That one really stuck out to me too, it’s just so good on its own, with no collaboration. Talk to us about “How Long,” that track of course featuring Josie Wales.

KJ: Josie Wales, yes. The reason I chose that one, that riddim is a phenomenal riddim. Back in the day, Josie Wales used to DJ on that riddim in the dancehalls, you know? So that is why I decided to do it. It’s called Laba Laba, you know, that riddim was called Laba Laba in the old days. So I decided to put Josie Wales on this modern cut of the riddim. He blends well with Dennis Brown, the lyrics that Dennis is singing there, he blends well with him. So I knew that was going to be something good to hear.

RF: I’d love to hear just a little bit from you about Dennis Brown and, you know, just working with him and the impact that he had on you as an artist that you got to do so much meaningful work with.

KJ: Well, when you hear the production of this album, you know that he must have had an impact on me. I rate Dennis as one of the best singers that has ever come out of Jamaica. As a person, he was such a wonderful person. You know what I mean? I’ve never heard Dennis Brown, you know, get like in any sort of vexing with anybody. He’s such a nice guy, humble and nice. He’s always talking about love and peace and everything like that. He’s not the type of person who would kindle a fire to let it burn toward anything bad about anybody. He always want to make peace and he’s such a naturally humble person. So I always give him credit for that. I don’t know how else to describe him in any other way, he’s just a loving and gentle person.

RF: So for you, working with someone like that that’s bringing that kind of energy and vibe into the studio, how does that help you make choices as a producer for what kind of sounds and what kind of feel the music is going to have behind those songs?

KJ: Well, most of the time when Dennis is in the studio we don’t pre-choose anything. He just come and we play a riddim and he just find lyrics right away, and he just sit and write a song and we just do it right away. He don’t, like, bring a song him writing to the studio. He just come to the studio and just listen to the riddim and he start writing, and most of the time it comes out to be a good song. So that’s how we really do, right off the top. That’s how we make most of our songs.

RF: That’s just amazing to me that you can hit that quality, just, in the studio, in the moment, working together without having hours of songwriting before arriving. That’s really amazing.

KJ: That’s all good talents need, you know what I mean? It’s always written for progress. 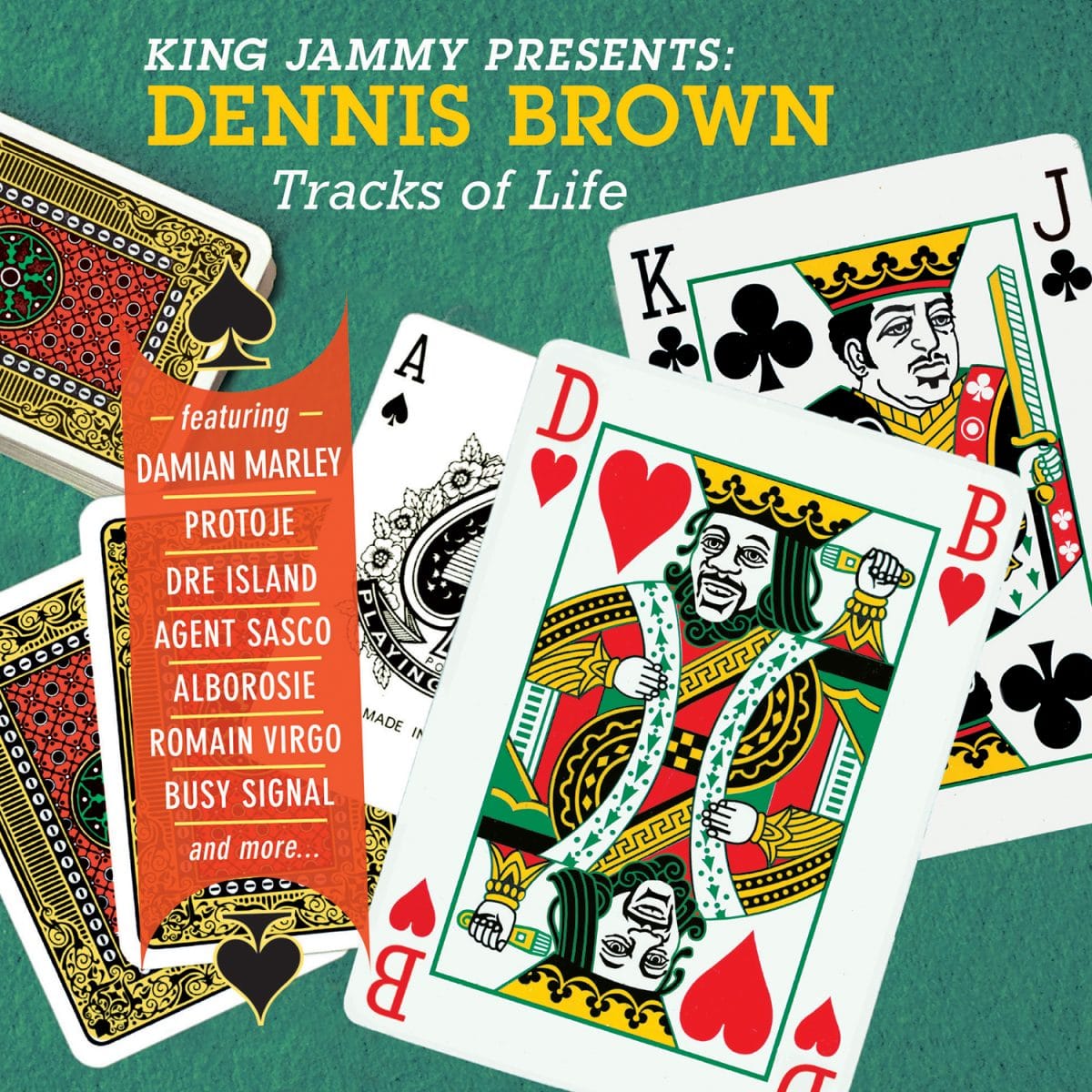