First Listen: Jack Hinson – “Where did the Time Go?”

Most people will agree that the older one gets, the more quickly time seems to pass. As we put a greater percentage of our experiences in our rearview mirror, we become more prone to nostalgia.  While recalling endearing memories can elevate our mood, on the flip side, we often concurrently long for the more carefree days of our youth, miss the presence of lost friends and loved ones, or lament missed opportunities and forsaken goals.

Florida Keys-based musician Jack Hinson’s new single, “Where Did the Time Go?” embraces this spirit of bittersweet reflection. The song, which releases on streaming platforms everywhere tomorrow, opens with a full seven seconds of silence before a gently-strummed acoustic guitar slowly fades in, soon followed by Hinson’s mellifluous vocals.

According to Hinson, the song recalls a period of life when time seemed to stand still. The lyrics refer to time spent with a past lover when they would “just jump in the car with the camera and head for a day trip into the woods to get lost and explore.” He sings:

One might think that the recent months spent largely in social isolation could have spurned this contemplative lyrical content, but Hinson actually wrote this song (among others) years earlier while living in Illinois and first discovering the music of Bob Dylan and The Grateful Dead.

“I also loved Jack Johnson,” Hinson said, recalling his earlier influences. “It was my escape to the beach. I would close my eyes and it would transport me away to other places and feelings.”

Nevertheless, the pandemic did play a role in the creation of this song. With live performances cancelled for the time being, Hinson took advantage of the unexpected free time to delve into a number of songs written during his younger days and record them. In fact, this track marks the first song he has produced himself, and in the near future, he intends to release this track along with others collectively as an E.P. with the same title.

“They have been sitting while I have been evolving musically,” Hinson said of the songs he had written in his past. “And now, when I record them, I’m so surprised what is coming out. I didn’t plan for it to sound like that, but I feel like I’m channeling something.”

Also worth mentioning, the song features a short sample from British philosopher/author/speaker, Alan Watts, saying “Existence, the physical universe, is basically playful. There is no necessity for it whatsoever,” followed by the sound of a child laughing. This naturally reminded me of The Movement’s song, “The Great Discovery” from their 2019 album, Ways of the World, which also implements a clip of Alan Watts. However, Hinson had not heard the song before, and cited other influences such as electronic acts Emancipator and Sound Tribe Sector 9 (STS9), who he pointed out also used a clip of Alan Watts in their song “Totem.”

Taking inspiration from seemingly dissimilar sources with the aforementioned Jack Johnson as well as chillwave artists Washed Out and Tycho, “Where Did the Time Go?” is a harbinger of good things to come from this burgeoning solo artist.  In these tumultuous and stressful times, this pure hammock music provides welcomed serenity. 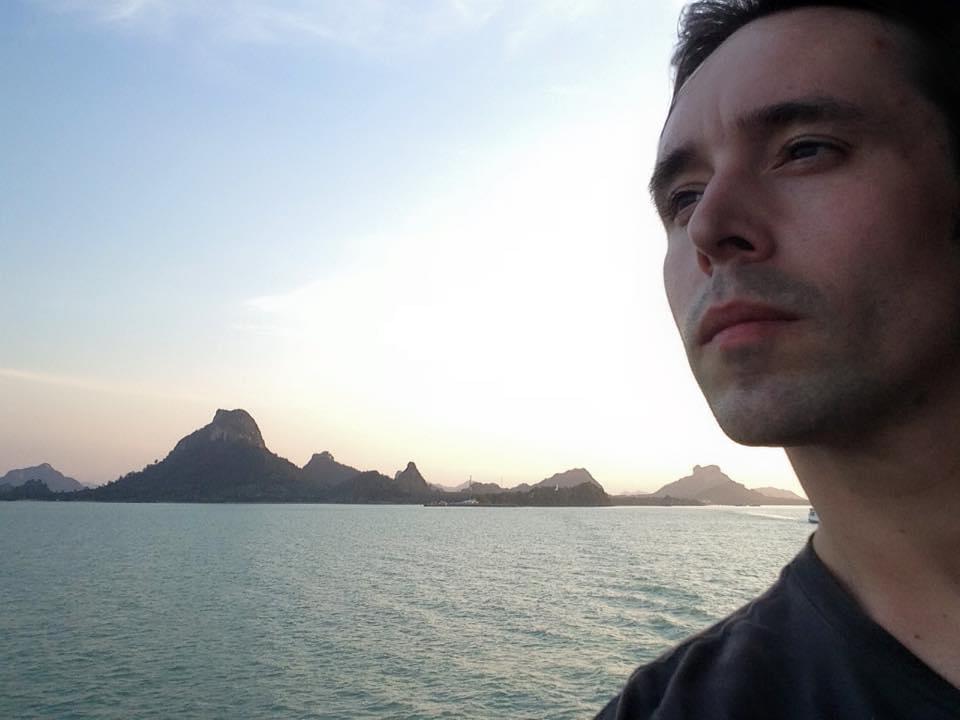