GPGDS fans have been hungering for more of the “D” in their name, and while 2020 has been brutal in so many ways, the Panda fam can add to their list of silver linings the fact that there will be plenty of “D” forthcoming to satiate their appetite.

As recently announced, Panda will be releasing stems for a dub remix contest.  The band members will review the collection of submissions and select their favorites for inclusion on a compilation album to be released likely in 2021.

“Honestly, nothing gets me more excited than a remix. I love hearing a song that I have imagined, reimagined by another artist,” said Panda co-founder and bassist, James Searl, voicing his excitement about the project. “Our first mission was to get all the stems of all recorded Panda together to house in an online data base and be able to have on-the-ready for anybody who would ever want to remix.”

To celebrate this campaign, today Rootfire premieres “Stop Fighting (Memorial Dub),” a remix of Panda’s 2019 single, “Stop Fighting,” courtesy of producer Jay “Agent Jay” Nugent, who Rootfire had written about this past spring, guitarist of NYC reggae revivalists, The Slackers.

Often times, dub versions of modern reggae songs don’t venture too far from the originals, resulting in what essentially boils down to an instrumental version of the song.  Not the case here. Agent Jay nails this interpretation by taking the tune for a bit of a ride, but making sure to emphasize key elements while still remaining true to the song. A gem of a version!

Searl agreed. “It was refreshing to reach out to Jay and have his first pass come back being exactly what I wanted. I didn’t give him much direction except that I like the heavy drum and bass kind of dub. Jay is a student of the best dub and he knew exactly what to do.”

According to Nugent, who also releases music under the moniker Crazy Baldhead, the collaboration was equally fulfilling. “Giant Panda are a pleasure to dub, not only because they’re super tight and well recorded, but because they have a real understanding of using time and empty space to maintain both a pulse and drama in the ‘A-side’ vocal version, and allow variations and effects to develop in the dub. There’s seemingly endless possibilities. It’s all creativity and no problem-solving for me.”

Speaking to the creative challenge artists face when dubbing their own music due to their emotional connection to it, Searl related, “When we go about recording in the studio, we always feel the need to include every layer and part with the hope that it will be dubbed and mostly stripped away in the end. However, you get attached to parts and a full sound. It’s nice to send to others who can pick out their favorite parts of the rhythm and highlight them. Jay found the boom-bap drums and big bassline theme effortlessly and gave them the smoked-out tinge that I love so much about dub remixes.”

As a longtime Slackers fan and huge Panda devotee, when the song came across my inbox, my heart skipped a beat. This song brought together two of my favorite reggae bands who, to my knowledge, had never previously worked or played together.

“We have never crossed paths with The Slackers,” Searl confirmed. “I wish that we had. I’ve been a huge fan since before I was in Panda and they have always been a band we have had great respect for.”

Regarding Agent Jay in particular, he continued, “I also have a lot of love for folks who spin reggae vinyl.” Searl explained how they linked up via social media. “Facebook is such a reflection of the good and bad possibilities that our world faces. It is through Facebook that I have become friends with many reggae heroes and Jay is one of them. We linked a few years ago and that is where I became familiar with his vinyl collection, his love of dub creation, as well as his solidarity on all civil rights and political issues that we share.”

When talking Panda, one can never overlook their passionate anti-establishment stance, not only an essential element in their music, but a fire that drives Searl and his bandmates. With the rift in our country seemingly expanding exponentially during the Trump administration, it made sense for the band to release the track that is the genesis of this dub last year. The close-minded flaunt hate and flash muscle with armed militias while the open-hearted fight for justice with music, art and solidarity.

As Searl relates in this Rootfire premiere from last spring, he had actually penned “Stop Fighting” back in 2001 in the wake of his close friend’s suicide. “This song is so heavy for me because it reflects my sentiments that the war of the world is one we put on ourselves, and one that kills our children, often at their own hands,” he laments. “My best friend was a product of the culture and society that also nurtured us. But it killed him and we all watched it happen.”

He chose the title, “Memorial Dub,” because the song had been nearly completed around Memorial Day, a U.S. holiday that vexes him.

“Memorial Day is a touchy subject for me as I don’t believe that any U.S. soldier has had to die and risk their life for our freedom since World War II. All of it is a tragedy and all conflict is connected to corruption headed by a revolving door between big business and U.S. foreign policy.”

Almost 20 years later, “Stop Fighting” remains sadly on point. In fact, whether the pre-planned release of this song tomorrow was strangely clairvoyant, ironic, or most likely just an indication of what’s happening in our society today, Panda’s hometown of Rochester, NY, has been experiencing heated and violent turmoil this past week after the revelation of the death of Daniel Prude while in police custody back in March. And of course, on a national level, as our presidential election nears, it seems like every day more fuel feeds the inferno.

While social media platforms are littered with angry, inflammatory rhetoric, on the flip side, we can thank Facebook for this delectable musical collaboration. 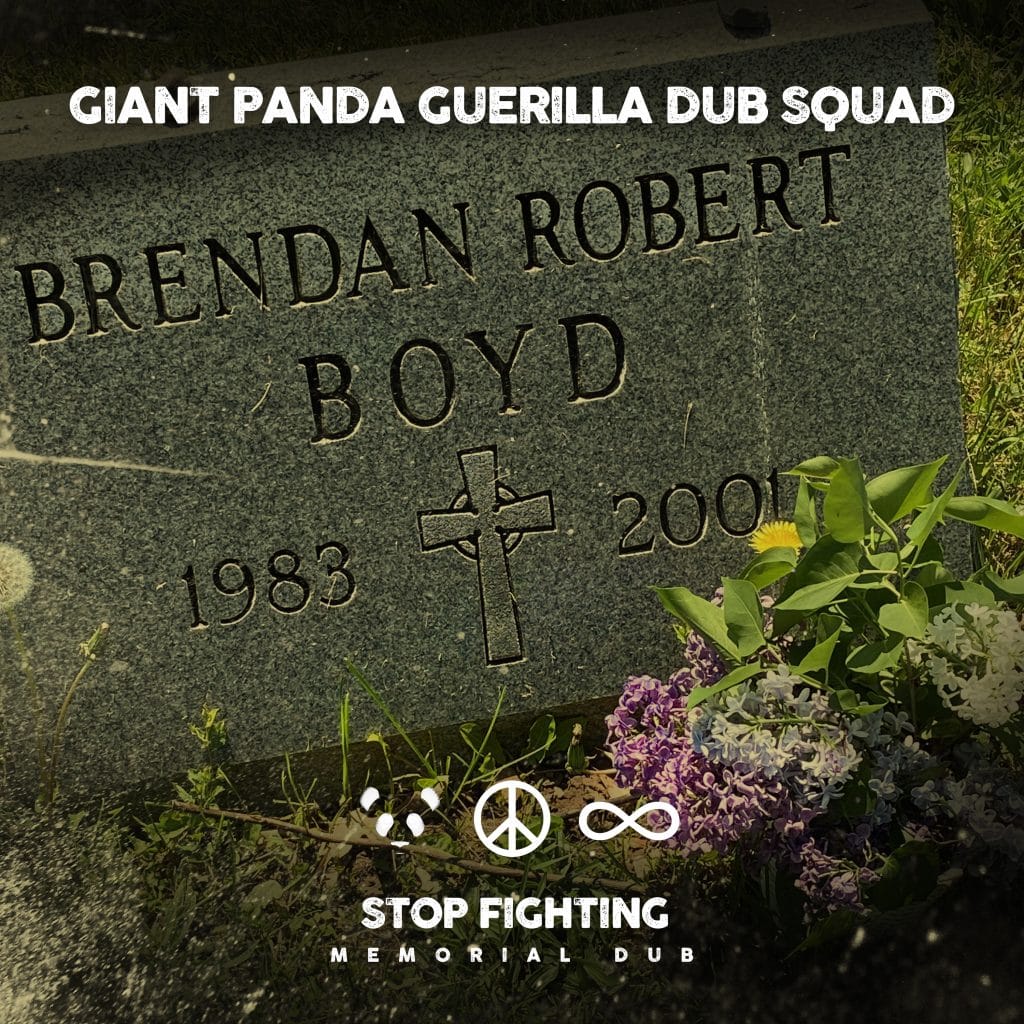