The American reggae community continues to grow, with talented new artists sprouting up in many communities throughout the United States. California and Florida have always led the pack when it comes to the number of bands and strength of the fanbase, probably due to the abundance of coastlines and the perennial warm climates, which foster a strong beach and surfing culture. Another hotbed of reggae talent can be found in the Hampton Roads area of Virginia, where the Chesapeake Bay flows into the Atlantic Ocean, comprised of the surrounding metropolitan area that encompasses the cities of Norfolk, Newport News and Virginia Beach.

In the not-too-distant past, Rootfire has highlighted some of the bands from this area, such as Buddha Council and One Culture, who actually premiered a song featuring Tony Brand, the driving force behind another Hampton Roads band, Cultivated Mind. Today, Rootfire premieres two tracks from Cultivated Mind’s upcoming album, No Quarter for Thieves, which features a roots reggae sound saturated in dub, seasoned by flamenco and jazz.

Roots reggae music at times has a way of sounding cheerful and upbeat, even when the message of the song contains serious thoughts and ideas, such as “Real Situation” by Bob Marley or “Wanted Dread or Alive” by Peter Tosh. That is not the case with “No Quarter for Thieves,” the album’s title track. The riddim is heavy and the vibe austere, which fittingly match the angry sentiments of the song.

“It’s about people finding strength in the almighty to overcome those who you feel have wronged you or stolen from you,” explains Brand. “It’s about having faith that Jah will exercise the justice in due time, and that you need keep your focus and maintain your integrity instead of thinking about your vendettas.”

Brand sings, “Purge your soul and find Jah light. Through mud and scales alone will you find your sight.”

Musically, the song features a nasty bassline front and center, flanked by keyboards and sax. Brand compliments his strong vocals with his own overdubbed harmonies in a haunting, falsetto style reminiscent of The Congos. About two minutes in, after the second chorus, the song segues into an extended jam. At first, organ leads the way, then rousing sax, followed by some jazzy guitar work. Throughout this, vocal clips laden with echo slip in and out like ghosts.

The second song we premiere today, “Stashin’ Gold,” could provide some insight into the inspiration for “No Quarter for Thieves.” Like many of us, Brand clearly feels fed up with the greed, cronyism and racism perpetuated by the United States government and the ultra-powerful corporations that put them in power.

About the song, Brand says, “Pirates that wear suits are still pirates, regardless of time period, and to claim that immigrants are destroying and stealing ‘your land’ is one of the greatest, sickest ironies to be displayed.”

He sings, “Deny entrance to your country if your skin is brown or yellow. Take the merits of other fellows and adorn yourself with medals. But everyday your crookedness is clearer. Mr. Politician, aren’t you sickened by what stares back in the mirror?”

With “Stashin’ Gold,” melodica takes the spotlight over a classic roots reggae skank. As with “No Quarter for Thieves,” after the final chorus concludes, the song ventures into several minutes of instrumental territory, featuring jazzy guitar licks, piano and layers of sax. It should be noted that the song is followed by a hidden instrumental track of flamenco-inspired acoustic guitar and melodica.

No Quarter For Thieves was recorded in its entirety by Brand in his own King Street Studio on a single Shure Beta58 microphone, who did all of the instrumentation and production himself, with the exception of the sax, melodica and organ. The album is admittedly more raw than Cultivated Mind’s other work, which includes two EPs expected to drop this winter that have a cleaner and more modern sound. “This album has a lot of personal battles and references, so I wanted it to have its own personality and character, production-wise,” Brand says. 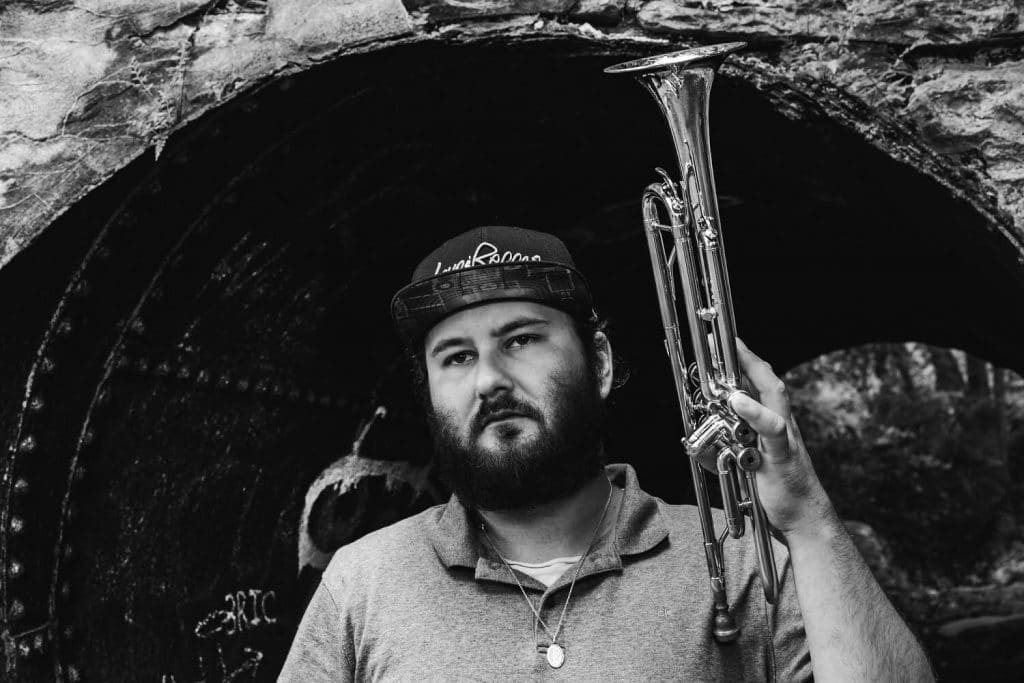 No Quarter for Thieves will be available in all digital outlets shortly. Cultivated Mind brings an original flavor to the progressive roots sound with music of style and substance. If their sound moves you, check out some of their earlier work and be on the lookout for more new music this winter!