powered by Spotify
photo: courtesy of The Far East

This past fall, as part of our Women In Reggae series, Rootfire published an article about Maddie Ruthless, alluring frontwoman for The Far East, a Brooklyn-based reggae band with a raw, throwback sound. During the interview, when asked about her aspirations for her band, Ruthless said, “The goal is to write and record the baddest riddims possible and watch Babylon tumble from the weight of pure bass.” (A quote so nice, we had to run it twice.)

Ruthless also mentioned that the band was close to releasing some new music.  That time is now.

Today, Rootfire is excited to premiere the band’s debut EP in its entirety, Channel Tubes Presents The Far East. The album was recorded fresh off of a national tour in support of  2-Tone legends The Specials, in NYC recording studio The Relic Room.

The band chose The Relic Room for the studio’s folksy ambience and giant “one room,” which perfectly lends itself to the music they wanted to produce. “The analog gear there is varied and in excellent shape,” Ruthless adds. “The Relic Room has become a go-to spot for New York reggae artists because of the vibes. Somehow, it feels like you are sitting in your own home from the very first time you show up.”

The EP was recorded, mixed and produced by friend of the band, Brett Tubin, of the Channel Tubes label and production house. Tubin has worked with many respected artists including Earl Zero, Milton Henry, and Ari Up. “He helped to shape our sound for this EP and brought out our live sound by recording the rhythm tracks straight to tape in the beautiful live room,” says Ruthless.

Channel Tubes Presents The Far East offers 7 original tracks steeped in vintage reggae texture. Not only does the music replicate venerated Jamaican sounds, but the format itself loosely emulates a discomix or showcase style, such as the music of famed producers Joe Gibbs and Lloyd “Bullwackie” Barnes, where a vocal track is immediately followed by a dub or deejay version.

While Ruthless handles the singing on the four vocal tracks, the band recruited fellow Brooklynites to chat over the remixes, including renowned dancehall artists Willow Wilson and Sammy Dread, along with JonnyGo Figure, a rising star and fixture in the New York City reggae scene. “What we are going for with this EP are originals and versions by people who we really respect and feel help shape the New York sound,” Ruthless explains. “We felt that including some of our favorite local artists would give listeners a taste of the sound of New York and reggae/dancehall culture here.”

The album kicks off with “Far East Ride,” a nasty scorcher that lays a deep roots groove under Ruthless’ ethereal yet fervid vocals. The song, proclaiming the band’s chops and musical mission, is laden with attitude, likely inspired by equal parts New York City temperament and the braggadocio common to dancehall culture.

Ruthless speaks of JonnyGo Figure with great fondness and lauds him as an incredible selector and singer, remarking that “his deep knowledge of the music gives him a special energy to explore lots of styles within the genre.” The singer is part of their NYC reggae posse and performs with the band often. Ruthless goes on to say, “It seemed essential to have him on the record. I would go as far as to say he is really the 6th member of our band. I think he is a massive, undiscovered talent.”

Next comes “Confessions,” what would be considered a lovers rock track, if the lover was jaded. The song features a sparse arrangement over a relaxed roots beat punctuated by bubbling keyboards. Much like the previous two tracks, “Confessions” carries an infectious, skanking groove, but the treasure with this song is undeniably Ruthless’ sultry vocals, delivered with subtle, underlying angst. This black widow trait is common to all of her singing. Her vocal style makes sense, given the fact that Ruthless grew up listening to punk rock, spent the summers of her youth living in London and was first introduced to reggae via British second wave era ska and rocksteady musicians, whose own sound had been flavored by a punk rock ethos.

The song winds down with one of the best moments of the album, when the keyboards drop out and Ruthless’ singing is spotlighted as she admonishingly delivers the lyrics, “We are like boyfriend, stick to your girlfriend,” a clever, somewhat obscure reference to Pinchers’ 1980s dancehall cut “Who Could it Be,” nodding to the band’s classic dancehall influence. 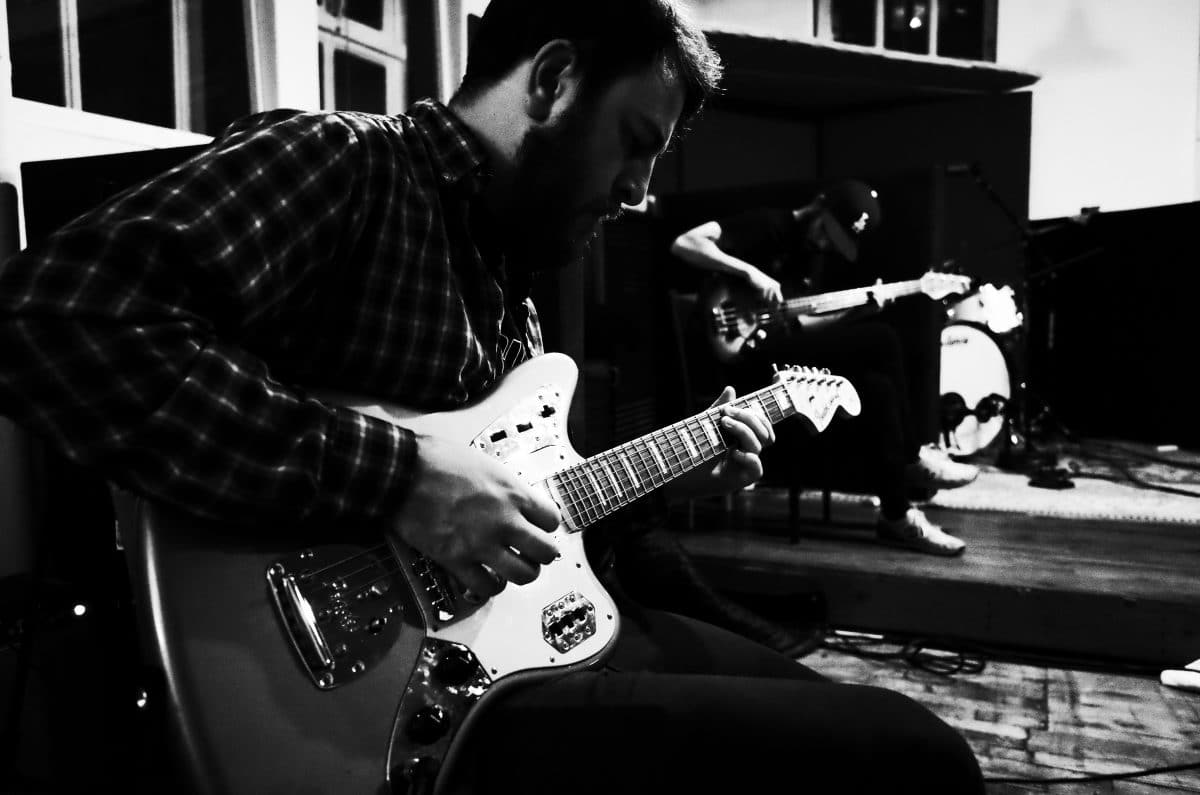 The fourth song, “Say It’s True,” draws from ’80s British lovers rock, yet once again carries a dark sentiment with its jilted lyrics, spaghetti-western influenced guitar and ominous, border line creepy organ music. The loungey track feels like it would be something Morticia Addams would spin at a cocktail party.

Next up, “Love is the Answer” takes the music of “Say It’s True” and substitutes Ruthless’ singing with the smooth vocals of Willow Wilson. His high register is reminiscent of the fabled Dennis Brown.

Ruthless speaks reverently of how Willow, an integral part of New York dancehall culture, came in and laid down the lead vocals and harmonies back to back. “He did them in one take,” she says. “It was one of the most amazing things I’ve ever seen and his talent really blew me away.” She continues, “I think we really fell in love with his style initially watching the Mini Mart [one of the soundsystems he sang for during the 80s] reunion that happened several years ago in Brooklyn.”

Finally, the album concludes with “The System,” the discomix of “Confessions” featuring the plaintive vocals of Sammy Dread lamenting the unfair machinations of our society today. Says Ruthless, “Sammy Dread is a legend and part of the story of reggae music. His catalog is enormous and some of his songs are the foundation of what inspired The Far East to begin with.” The band has covered his essential hit, “M16,” for years, and Ruthless tells the story of how when they were pressing their vinyl with Channel One at their pressing plant in Brooklyn, Jo Jo Hoo Kim (the recently deceased Channel One producer) gave her Sammy Dread’s Road Block LP and mentioned it was one of his favorite productions. “I think that’s a testament to how crucial Sammy’s history is with reggae. He was a pioneer of rub a dub.”

In sum, driven by an obsessive knowledge and ardent love of the history of reggae, The Far East, with guidance from Brett “Channel Tubes” Tubin, have meticulously crafted a legit homage to some of reggae’s most respected producers and artists. Pulling inspiration from their gritty Brooklyn home, along with the veteran reggae community they share it with, they integrate elements of classic roots, lovers rock and dancehall, seasoned by England’s output from the 1980s. Inna true New York fashun, they have honed a unique, authentic sound to catch the attention of the progressive roots community. 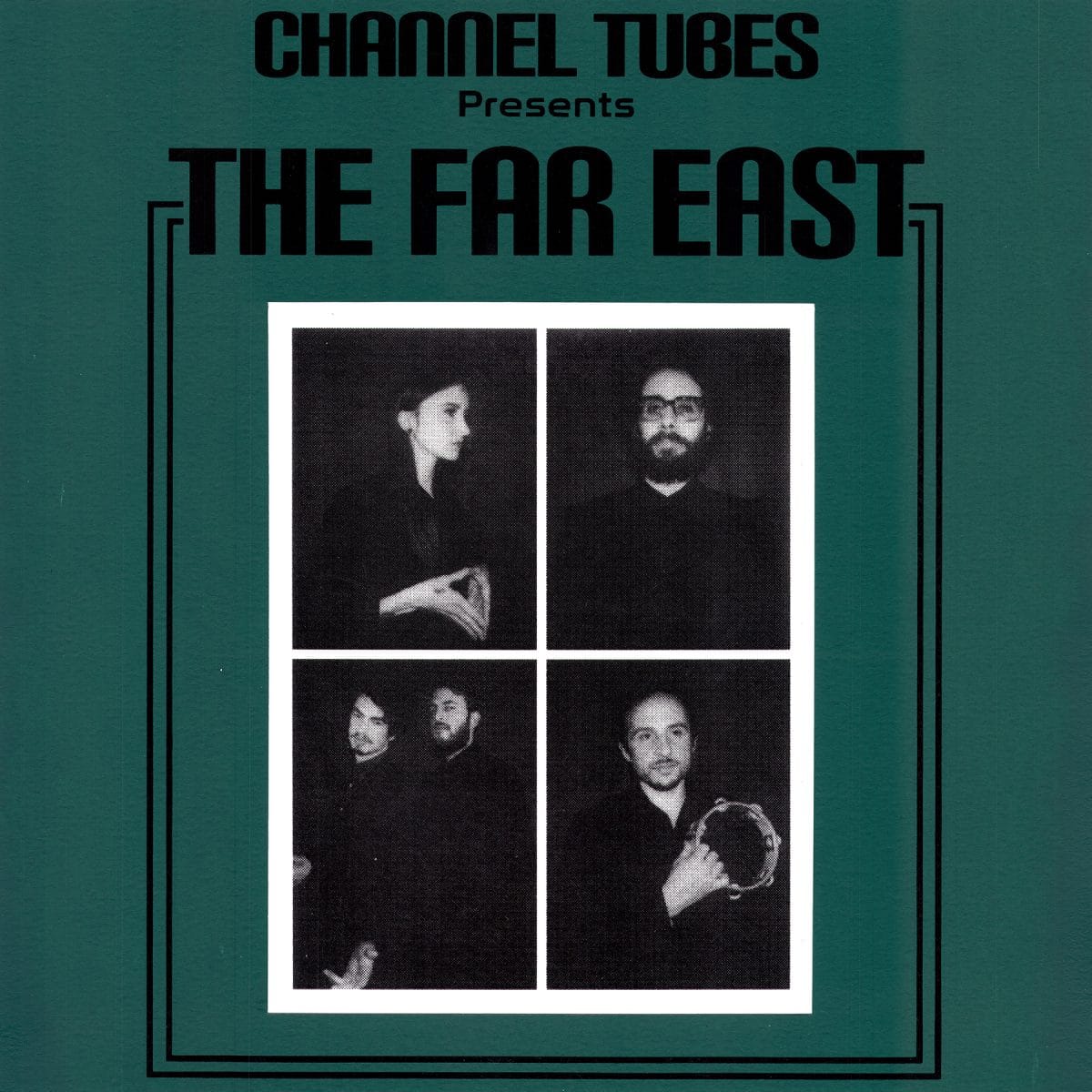 ← Road to Reggae Rise Up: Eric Rachmany of Rebelution