A couple of weeks ago, Rootfire published an Artist Spotlight article about international producer/engineer/recording artist extraordinaire, Victor Rice, who has enhanced the work of hundreds of reggae acts from around the world during his multi-decade career. One such artist is Alex Tea, a veteran New York City area based musician known as the front man for the regionally loved but now defunct Jersey City roots reggae act, Kiwi (originally Kiwi the Child).

Unlike most reggae musicians I have known, Alex was born in the U.S.S.R. and speaks fluent Russian. After immigrating to the northeastern United States as a youth in the early 80s, he grew up with a classical musician mother amongst a musically-talented extended family. He first learned to play the piano, clarinet, and sax, played bass in a couple of high school rock bands, and then picked up the guitar along the way.

Like many reggae musicians these days, Alex had first been introduced to the genre through Bob Marley and the Wailers, although it was the music of Burning Spear and The Gladiators that “hooked” him “for life.” Elders he had befriended in the community served as mentors and gave him lots of insight into reggae’s history, lyrical cadence and melody, and his acumen continued to grow thanks to friends and fellow musicians over the years.

Ultimately, to know Alex Tea and his music is to know capoeira, the Brazilian martial art created by enslaved Africans and their descendants in Brazil that combines elements of dance, acrobatics and combat. The practice has grown enormously in popularity since the 1970s, with millions of practitioners all over the world today. Since “falling under its spell” almost 20 years ago, capoeira has continued “to inform and inspire” Alex’s  life, “both in form and in content.”

“At its core, capoeira is a game of entrapment, like chess, that uses movement and improvisation to create a flowing and flowering conversation set to live music,” Alex explained. “It’s also a lifestyle and outlook, with an interwoven multinational community across the globe. Elements of the game such as flexibility, cunning, grace, and self-awareness are great metaphors for approaching life, and those skills develop along with our work and experience.”

Alex’s passion for capoeira opened a doorway to Brazil, which has been the source of “deep musical inspiration, love, and friendship for almost 20 years.”

In fact, Alex’s friends in São Paulo had introduced Alex to Victor Rice, who has been Alex’s go-to for mixing ever since he first worked on a Kiwi single about six years ago.  For their latest collaboration, Victor mixed two new singles and created dub versions as well, which can be purchased collectively for unlimited streaming and downloads on the bandcamp page of Hudson Soul, the label of producer Jim the Boss of Hoboken HiFi studio that is releasing the music on July 6th.

Today, Rootfire proudly premieres this collection, including the song “On a Ride,” a dreamy blend of tender vocals, falsetto harmonies, gentle guitar strums, and lulling brass over a breezy Caribbean rhythm.

“On a Ride is about being lost in the everyday experiences of love and struggle and realizing a deeper nature of things,” Alex said about the song. “It drifts back and forth between reverence and storytelling, with some conversation in there that I’m not always sure if it’s a dialog or me talking to myself.”

Also included is a perfect companion track, “Country Living,” a similarly beautiful reggae song about the pleasures of life in a rural setting, as well as heavenly dub versions of both singles. 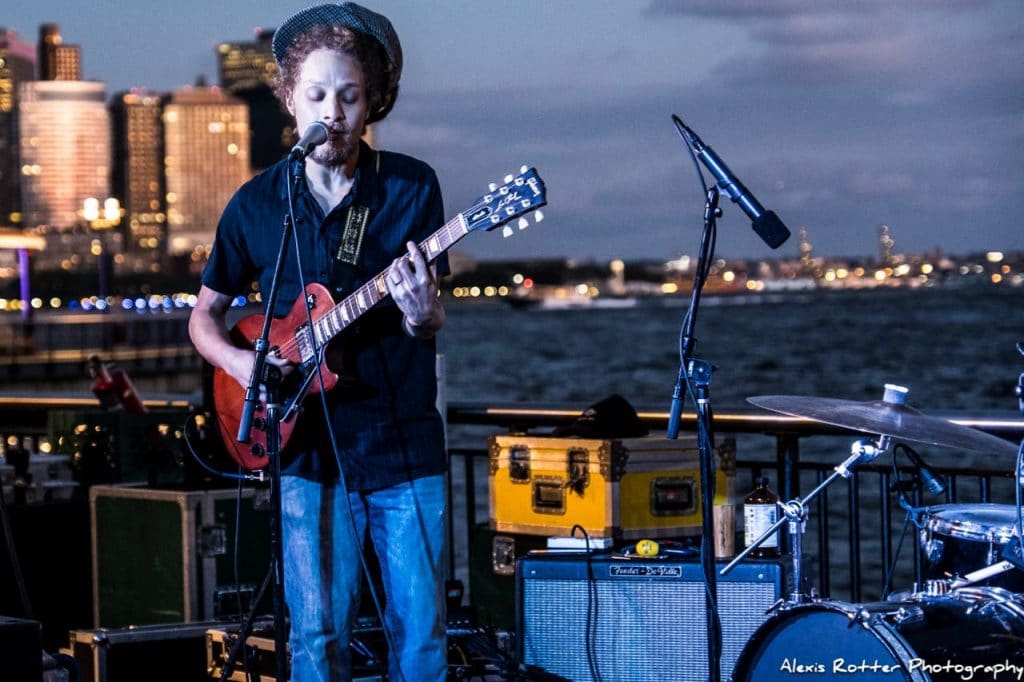 First Listen: Jack Hinson – “Where did the Time Go?” →