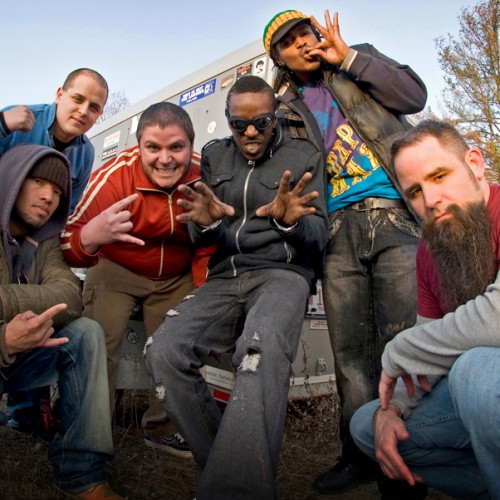 Fear Nuttin Band is an all original reggae/rock style band that is driven to write honest and real music. Comprised of 3 members from Jamaica and 3 from the United States FNB has developed a sound that combines elements of Reggae, Rock, Hip Hop, Hardcore, Dancehall and Metal drawing on their cultural diversity to make the mix true and real. This is demonstrated by the one of a kind live show full of energy and good vibes that has blended well with bands they have shared the stage or toured with like SOJA, Toots and the Maytals, Warped Tour, Streetlight Manifesto, Kanye West, Sublime, Pepper, Rebelution, Reel Big Fish, Steel Pulse and many others.

In 2007 FNB competed on Fuse TV’s Bodog Music Battle of the Bands in front of millions of weekly viewers. Although they placed 2nd out of 8,000 unsigned bands they were offered a contract and went right into the studio to record “Yardcore” with legendary producer Terry Date (Deftones, Staind, Pantera, Korn, Soundgarden, Fishbone to name a few). Unfortunately Bodog Music shut their doors shorty after and the band had to start over and make new plans.

FNB wouldn’t let the music industry dictate their fate so they went back into the studio on their own and recorded “Move Positive” which debuted at #5 on Itunes Reggae chart and featured 2 songs co written and produced by SOJA’s Jacob Hemphill, “Rebel” and “Standing by The Wall”. Move Positive also brought forth a guest appearance collaboration with Reggae legend Bushman on “Informer.”

The band has been touring through the East and West Coasts and has made featured appearances at California Roots and other festivals. New music is being written now for a new album called “Immigrant” Boomblaze!!