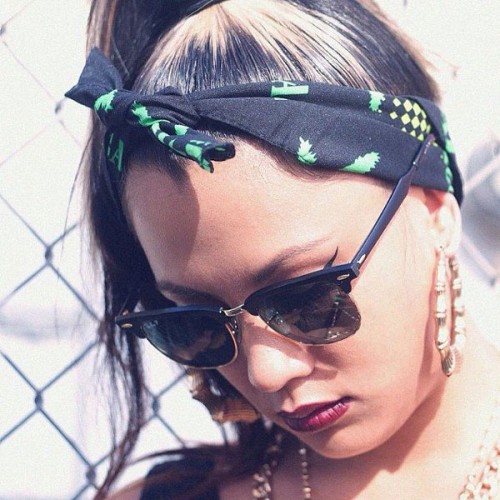 Eli Mac a.k.a. Ciara-Camile Roque Velasco is a Filipino American singer and came in ninth place on the third season of the reality/talent-search television series, American Idol. Born in Makati City, Philippines, Camile Velasco’s family later moved to Haiku, Maui—located in the islands of Hawaii. Prior to American Idol, Velasco was a struggling songwriter/composer who worked at her parents’ IHOP Restaurant in Kahului.

On American Idol, Velasco’s trademark was a red, yellow and green Rasta wristband, which she continually wore on her left wrist as a good luck charm and as a homage to the reggae movement (and her idols, Lauryn Hill and Bob Marley, in particular). According to her, the three colors represented peace, happiness, and unity, respectively. Velasco also wore the 3rd Eye Vision logo of the Hieroglyphics, a San Francisco Bay Area hip-hop crew, on several occasions, reflecting her love of the music and culture. In the media, Velasco became known for wearing self-designed apparel, and for being consistently unafraid to express her unique interests, conscious outlook, and sensitive ideology.

Vocally, Velasco was quickly classified as being hip-hop—a culture and style she certainly identified with (but was not limited to). In the competition, she was even likened to her inspiration, Lauryn Hill, one of the most influential women in hip-hop—a comparison that nearly brought Velasco to tears.

Since then she worked in Jamaica on the single “Guava Jelly” produced by Stephen Marley which received the Hawaii Music Awards’ Single of the Year in April 2009. She has recently been working hard on her solo career and released another single and music video for her track “dub stop” that is the precursor to a future album.