It seems a safe bet to assume that most people, even “reggae fans,” have never heard of Jah Stitch. I don’t want this to be a biography. You can look him up on Google, or learn all about him in this recent comprehensive tribute by reggae historian David Katz, which I highly recommend. (Another great source are the liner notes of the excellent Blood And Fire release Jah Stitch – Original Ragga Muffin 1975-1977; sadly however, that top-notch record label closed its doors for good some years ago. Tracking down a copy now is a mission, although last I checked they had a few on Discogs. I’ve got a copy on CD. Shoot me a message and I’ll send you a snapshot of the notes.) I’ll just say here that he was a Deejay (the Jamaican kind aka MC/Mic Chanter/Toaster) whose heyday was in the mid-1970s. He was one of my favorites. His style was less like U-Roy and more a precursor to Lone Ranger, Ranking Toyan and Supercat. That’s how it seems to me anyway. Deejays like U-Roy and those early guys were more sporadic in their vocal delivery. There was a meter to it, but it was super funky and all over the place. Jah Stitch did that too, but then he would also have rhythmically straight-forward phrases like “Him done dead already, tell yuh from the morgue to the cemetery.” Or “Black harmony killer, some say it’s a thriller.” Or “Dread can’t dead, ‘cause him dread upon him head.” 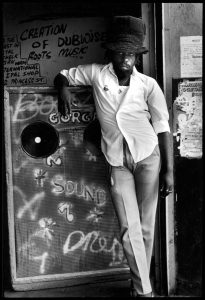 It’s a trippy thing for me to think about the influence that Deejay music from Jamaica had on the most popular global musics. By now it’s a well-worn phrase in reggae writings; “Without the Jamaican Deejay, there would be no Hip-Hop.” I don’t go quite that far because it’s impossible to say what would have happened if the things that did happen hadn’t happened. But it is a well-documented and indisputable fact that the first rap music made in the U.S.A was made by people who grew up listening to Jamaican Deejays, or were straight-up Jamaican Deejays themselves.

So one of the things that I always think about is what the above-mentioned lineage from J.A. Deejay to U.S. MC means on the individual level, for people like Jah Stitch. By being a popular Jamaican Deejay, a genre that would very soon influence the creation of the world’s most popular music, don’t we necessarily then have to think of Jah Stitch as being among the most influential artists of all time? That’s what trips me out. On its face it sounds like sensationalism to say “Jah Stitch was one of the most influential artists of all-time.” Click-bait if I will tolerate myself using that term. You can replace the name Jah Stitch with Ranking Trevor or Trinity or Big Youth or Prince Jazzbo or I-Roy or Dillinger or Tappa Zukie or Jah Whoosh. And of course U-Roy the innovator. These artists who never made any real money from their craft (except maybe U-Roy? I don’t know) were not only major participants in the creation and development of a musical style that would change popular global music forever, they also made some of the greatest music of the 1970s. Yet they continue to live (or to have lived) in obscurity! I can feel the existential crisis coming on every time I start thinking about the lack of recognition artists like Jah Stitch receive today.

The point about the music they made being great is what I really want to stress. I fell right into the lazy trap. It’s so easy when writing about Jamaican music in general and Jamaican Deejay music in particular to focus primarily on the influence each had on world music. And that influence is incredible. But that’s not the reason people like me and so many others have devoted much of their lives to reggae music. It’s because reggae music is the absolute best. And Jah Stitch’s music was near the pinnacle of the mid-70s Jamaican Deejay style. Go listen to “Bury The Barber,” “Give Jah The Glory,” “Set Up Yourself Dreadlocks,” “Black Harmony Killer” and “No Dread Can’t Dead,” recordings that I would listen to over and over as I was becoming obsessed with Jamaican music (and all included in the Rootfire Jah Stitch playlist on Spotify). They stand the test of time in a major way. I’m listening to them for the first time in years as I write this article. Heavy heavy HEAVY! It really is a pity to me that modern reggae audiences seem to have heretofore overlooked The Original Raggamuffin, Jah Stitch, who together with dozens of his esteemed colleagues left us the giant gift of Deejay.

Oh yeah, in case you missed this little tidbit during your Google search; following an altercation in 1976 between Stitch and fans of a rival sound system, he was shot in the face, survived, and went on to make some of his best and most popular recordings.

Thank you to Jah Stitch for the years of entertainment and inspiration. 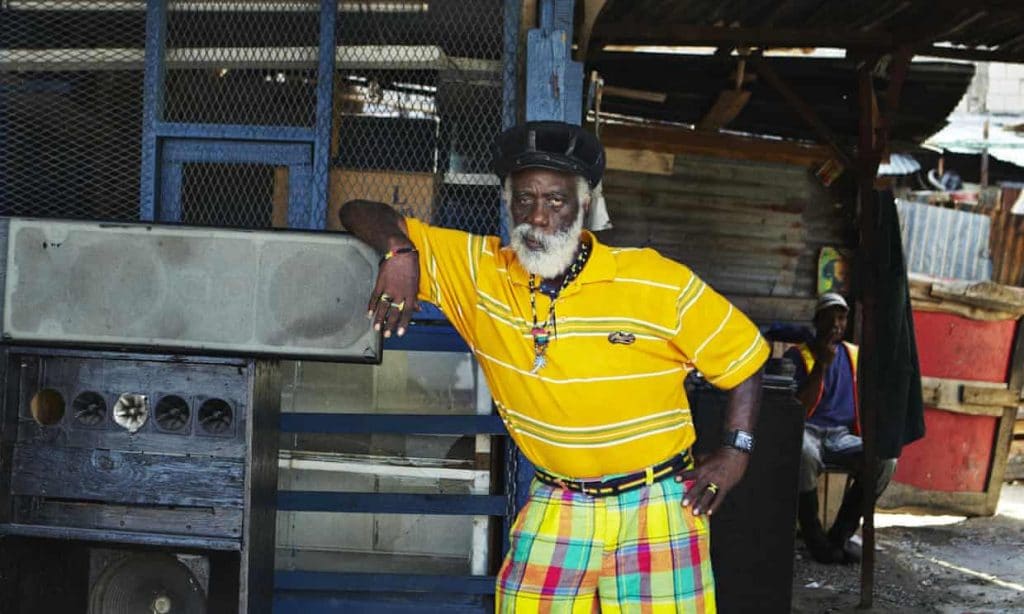 ← First Watch: The Late Ones – Tell Me Not