Do It For The Love: Michael Franti

For over two decades, Michael Franti’s original blend of hip-hop, folk, rock and reggae has been pleasing ears, spreading joy, preaching peace and inciting people to dance, while rallying them to take action for positive change.

Like a true leader, he has backed up his socially conscious messages with humanitarian actions of his own, making him a perfect headliner for the second annual Rootfire At The Park festival, which will be donating 100% of proceeds to Hurricane Irma relief efforts for the surrounding community of Cocoa, Florida. 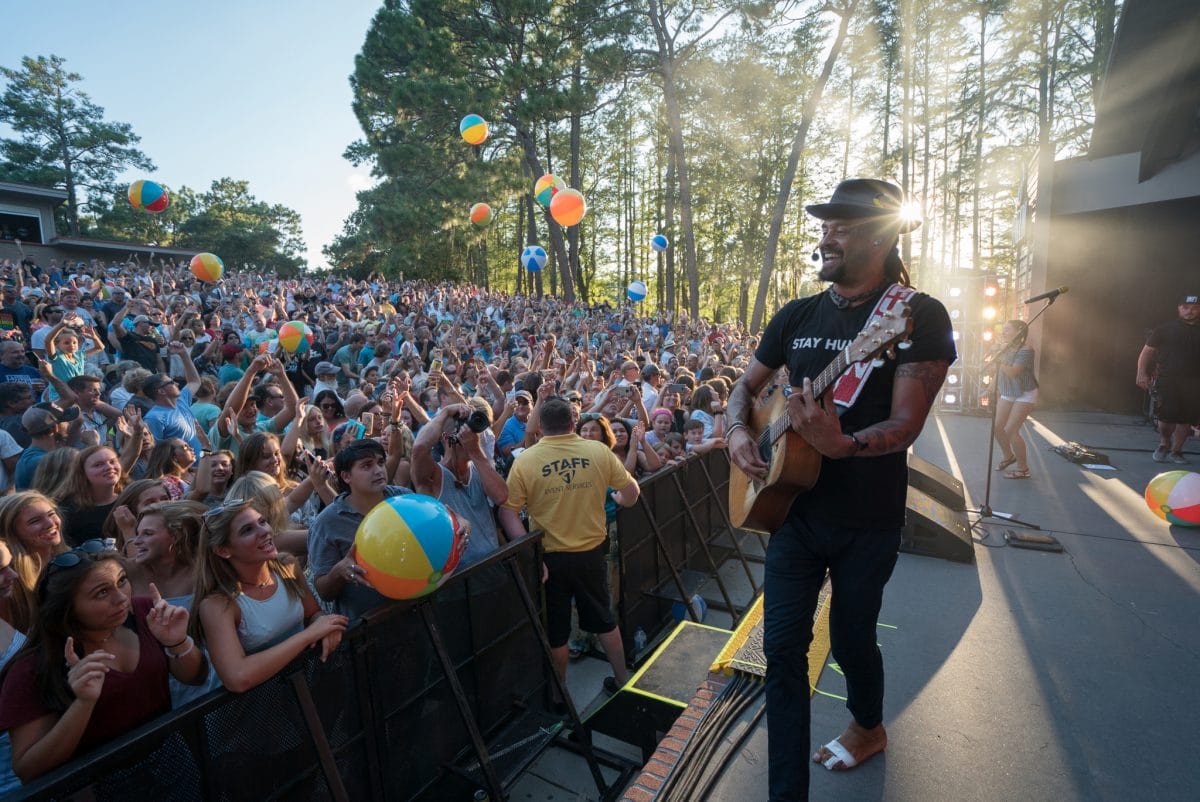 “I make music because I believe it can change people’s lives and make a difference in the world,” says Franti. “Music gives us new energy and a stronger sense of purpose. My belief is that through music, dance and gratitude for this life we can all ‘rise up.’”

Given these beliefs, it’s no surprise that Michael and his wife Sara have founded a new charity, Do It for the Love, which centers around providing musical experiences to “those who need the healing power of music the most,” including children with severe challenges, people with life-threatening illnesses and wounded veterans.

Rootfire spoke with Michael about this amazing philanthropic endeavor.

ROOTFIRE: I read the extremely touching story of Steve and Hope Dezember and how it gave you the idea for your amazing new charity, Do It For The Love. The story also mentions the fact that you had a near death experience when your appendix burst on tour. Could you tell us a little more about that experience and the role it played in creating or furthering this charitable project?

MICHAEL FRANTI: My own appendix rupture put me very close to death, but it really didn’t have that much to do with us starting Do It For The Love. Sara and I had been wanting to figure out a way to combine what we do (she’s an emergency room nurse) and for many years people had been coming to our shows and saying they are dealing with life threatening illnesses. But right after we started Do It For The Love my son was diagnosed with a chronic kidney disease, his kidneys are failing, and Sara’s mom was diagnosed with breast cancer so we went from being the founders of Do It For The Love to a Do It For The Love family. So because of that, it has driven our passion to get as many families as we possibly can out to see live music.

RF: You mention in the DIFTL video that The Dezembers initially got in touch with you via Twitter. With social media allowing fans to communicate directly with artists nowadays, has that changed how you approach your craft, or ultimately influenced your songwriting?

MF: When I first started in music we used to get snail mail letters, so we’d get hundreds of letters and maybe in a year I could answer a dozen of them, and then email started and we’d get thousands of emails and I could answer maybe a hundred of them, and now with social media, it’s possible to communicate with half a million people all at once. So it has changed what we do in that we now have two full-time social media people (one creating and one posting content). So we’re communicating not just through writing but through video, music, photography, and storytelling on a daily basis and being able to respond immediately to what people are writing to us. And also being able to respond immediately to current events taking place in the world and as a musician who has always worked in the field of social consciousness it’s important for me to respond quickly instead of having to wait and maybe put it on an album when the issues may have changed by the time the album comes out.

RF: There are a ton of heartwarming stories on the website about things people have done for the charity and wishes granted. Beyond the Dezembers, are there any that stand out in your mind, either that you were directly involved in, or that you heard were facilitated through Do It For The Love?

MF: Well today we’ve sent over 1000 families to see concerts and I’ve talked to so many people about their experiences – seeing everyone from Paul McCartney and Celine Dion to Metallica and Little Wayne. So, we’ve had people from all walks of life and all genres of music. The one that stands out at the moment is a woman who was supposed to come to one of my shows in Maine and she became so sick with stage 4 lung cancer that she couldn’t make it to the show. I got a message that day that she was close to dying so I went and visited her in the hospice and I played a few songs for her and we sat and talked for a while and we had a beautiful visit and she was very, very weak. As I was about to leave I said, “Is there one more song you’d like to hear?” She said “Yeah, I really want to hear “Say Hey (I Love You)”, and what I want to do is get up in my bed and jump around like I did when I was a young girl.” And her friends said “Oh no, you have to stay in bed. You’re really weak, don’t get up.” And her response was “What is it going to do, fucking kill me?” And so she got up and all her friends laughed and got up. And I think she passed away a few days later.

RF: What makes this charity so perfect is that it involves the gift of live music, the power of which is undeniable. In my household, we refer to our extremely active concert-going as “church” because live music really has become our source of spiritual fulfillment. It allows us to forget about the challenges and stresses of life for a few hours, provides a release, energizes us, raises our spirits and gives us a sense of overall euphoria. Plus, the fact that we share this experience with a group of other like-minded people really cements its likeness to religion. As a musician, have you always known this or was there an instance or series of events that helped you realize this? Do you receive similar benefits from performing music as we do as fans listening to it?

MF: I’m a fan of music as much as I am a musician. I reach for music like it’s my medicine cabinet. If I’m feeling sad or down I find music that lifts me up. If I’m pissed off at the world I have music that’s for that. If I’m cooking dinner or ready to settle in for the night with my wife, I have music for that. I believe that music physically alters the body. It chemically changes our state of being and music can be there to change people’s emotions. Our emotions are intricately linked to our physical well-being. And then on another level it’s just super fun to rock out.

RF: When recipients of these wonderful experiences request to attend performances of other artists, what is the typical process that unfolds to grant the wish? Do you need to call upon your connections to the music industry to make it happen?

MF: People write to us and we contact the managers of the other bands and we see if we can get tickets, and if we can’t we purchase the tickets ourselves. We also work with AEG and lots of other promoters around the country. Part of our work is to create these relationships.

RF: What other ways do you promote the charity beyond the website?

MF: We have an annual fundraiser called the Rockers Ball, which is a gala event in San Francisco, and throughout the year we do dozens of small one-off events that are either at microbreweries or yoga centers or meetups at parks somewhere outside our concerts.

RF: Ca’ Momi Napa Valley wine donates 100% of its profits of their Do It for The Love wines to the charity. How did this partnership/sponsorship come about?

MF: They reached out to us and they believe in the mission and they’re fans of the music and we’re super grateful that they’ve been as supportive as they have.

RF: One of the great things about this charity is that there are many different ways for people to get involved beyond donating money. One of the ways listed is “volunteering.” Could you expand a little bit on what sort of activities the charity needs help with?

MF: We have what we call fanbassadors – people who help out on the day of the show to get people to the concerts. A lot of times when someone is very sick it’s challenging for them to drive and park and get their family of 4 people seated in a big venue and get drinks and popcorn and whatever else they need for the show. So fanbassadors help on the day of the concert helping people to get set up at the show. 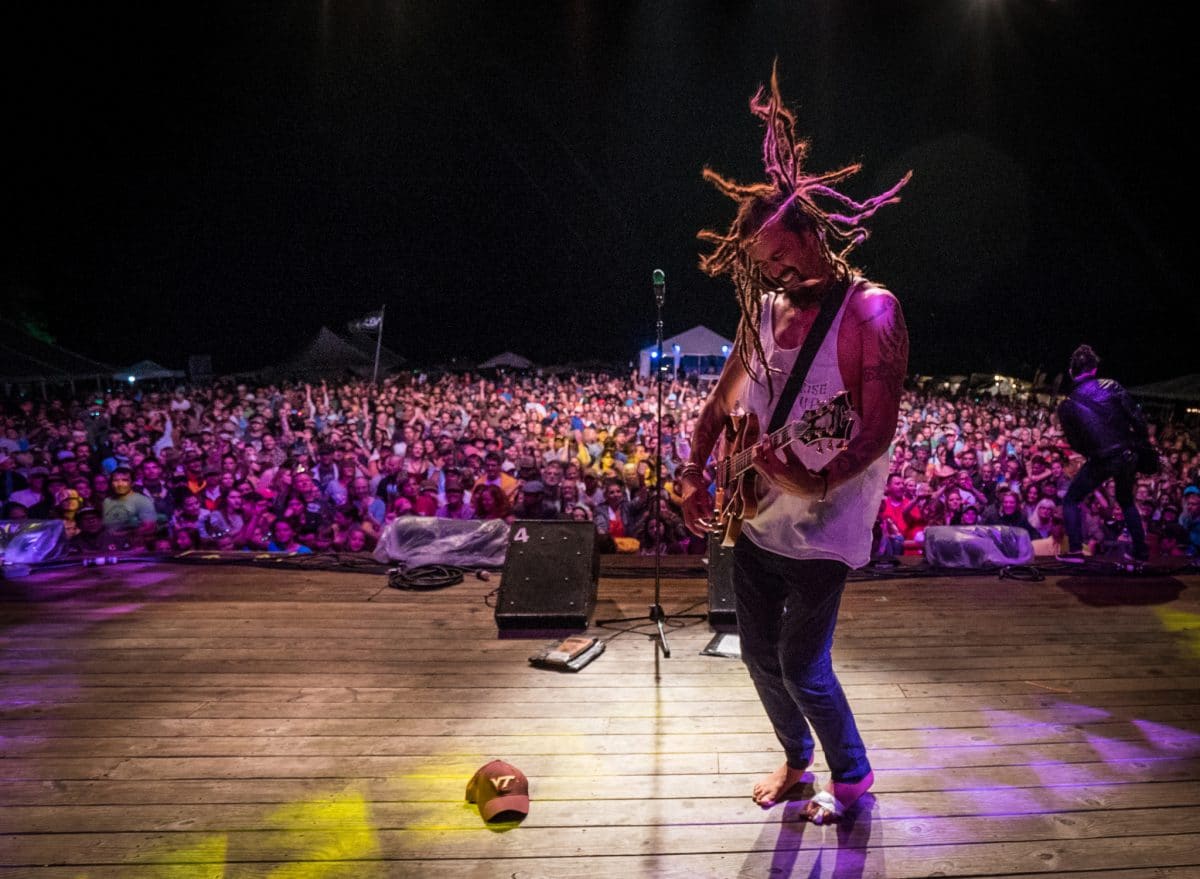 RF: Shifting gears, given your connection to the reggae scene, I’m curious if you have any thoughts about the Rootfire Cooperative, which provides interest-free micro loans to reggae artists along with label services to help them produce, market and distribute their music.

MF: For my whole life since I was 15 years old and heard Bob Marley for the first time, I’ve loved reggae. I had tickets to go see him on his very last tour coming through Canada when I lived there for a year in 1980 and he got very sick and canceled the tour. I still have the tickets. So reggae has been a huge part of my life since that time and I’m happy to see the way that reggae has grown in America and that there are artists from all cultures around the world who are playing reggae music – that’s exciting.

I also grew up in the punk-rock and hip hop world and in both of those areas there has always been a DIY attitude to do it yourself and to not be held to large record labels and any outside interference that would limit your voice, or your style of music or the ideas you had. So I’m happy to see Rootfire doing that kind of micro-financing to help artists get their music and their mission out to the world.

For more information about Do It for the Love, including how to donate or volunteer, visit the charity’s website. If you’d like to see this magnetic musician in person, join us at Rootfire At The Park, Saturday, Nov 10 in Cocoa, FL. VIP Passes and Single Day Tickets are available HERE.

Bringing Hope: The First Annual Reggae By The Moon Festival →