We are counting down the hours to our latest music and lifestyle festival, Rootfire At The Park, in Cocoa, Florida, on October 22nd. All hands are on deck tying up loose ends and finalizing details, from vendors to ticketing to security and logistics, but while everyone is contributing to this exciting event in their own way, collectively we anxiously await a special treat which will launch the festivities – a rare performance by one of the most seminal members of the modern reggae movement, Kevin Kinsella. 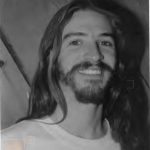 Two decades ago, long before the American scene mushroomed into a thriving community with reggae and/or reggae/rock artists emerging from all over the country, there were just a handful of bands in the United States creating original reggae music. One of the best of them was John Brown’s Body, hailing from Ithaca, NY.

For years, JBB, as they are affectionately known, has been the band that up-and-coming reggae artists aspire to be – vastly talented, professional musicians, dedicated road warriors and ambassadors of a musical style that delivers meaningful messages of spirituality, unity, love and respect. Kevin founded JBB in 1995 and the following year released their first record, All Time, on I-Town Records, an imprint label he also created. After five genuinely amazing, immensely loved and lauded studio albums, about midway through this 20-year stretch, JBB underwent a major change when Kevin, their main songwriter and lead singer, left the band. Kevin’s departure 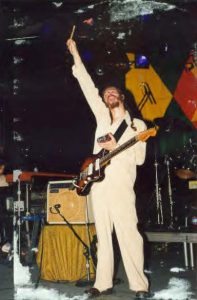 relinquished the band to the vision of his songwriting and singing counterpart, Elliot Martin, who, while leading the band in a different direction musically, is still touring consistently and putting out fresh, innovative “progressive roots” with great acclaim.

During his time with JBB, Kevin, along with his cousin, Craig Welsch, also founded the mysterious (very little about the band members’ identities has been publicized) 10 Ft. Ganja Plant, one of the most highly regarded groups in the scene today for their knack of creating original music with a spot-on 1970s era classic roots and dub sound.

Over the years, in addition to his writing and performing on all of 10 Ft. Ganja Plant’s ten studio albums, Kevin also put out four solo records which include an interesting mix of reggae, folk, Americana and modern rock/pop music.

For the uninitiated, his style of reggae largely stayed true to a classic roots sound, featuring a chunky skank, bouncy melodies and deep dubby bass, enhanced by heavenly harmonies and punctuated by jubilant brass, all led by Kevin’s unforgettable falsetto vocals reminiscent of vintage Jamaican vocal trios like the Wailing Souls and Israel Vibration. Thematically, Kevin’s songwriting has always encompassed messages of spirituality and romantic love, as well as celebrations of the joy of music and the natural gifts of the earth.

Kevin’s 12:30 pm performance will kick off the day at Rootfire At The Park. Fortunate festivalgoers will be treated to an exclusive stripped down solo acoustic performance by one of the finest songwriters and pioneers of the American reggae scene. 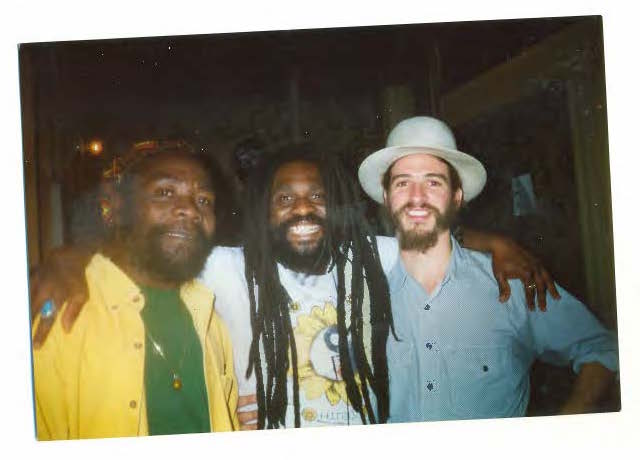 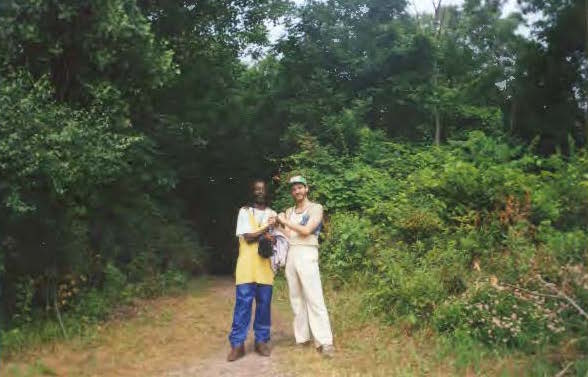 Justin Hinds and Kevin at the second Dam in Ithaca, NY 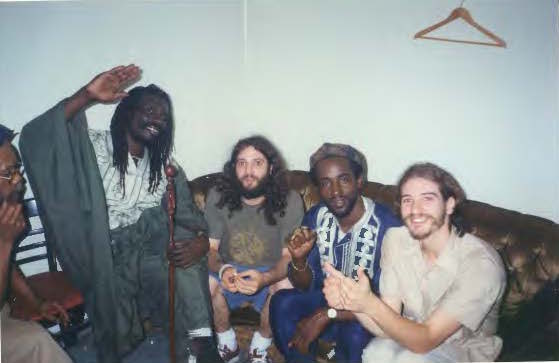 ← Rootfire At The Park – Artist Schedule and Activities info