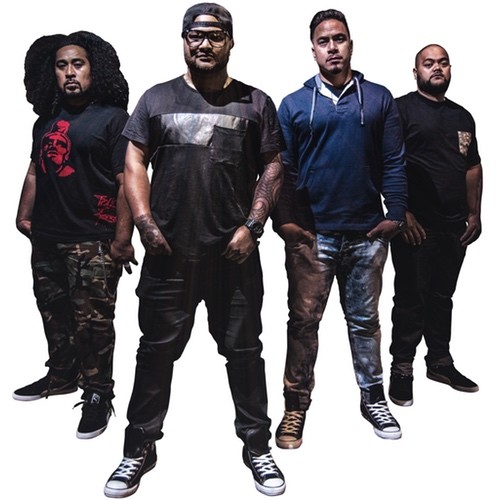 Common Kings music is an array of head-rocking beats, relatable lyrics and feel- good vibes. Each of the band members’ personality spills over into Common Kings sound, producing phenomenal pop hits infused with the boys’ love of their Polynesian roots; rock, reggae, and R&B influences; and a live show that is as soothing as it is exhilarating. The band, comprised of Bass Player Lui Kirimaua (Ivan), Lead Singer Sasualei Maliga (Junyer), Drummer Jerome Taito (Rome), and Lead Guitar Player Taumata Grey (Mata), forged a bond during a jam session at Ivan’s house and Common Kings was born. The band name: a nod to the fact that the boys are both proud representatives of their home lands of Samoa, Fiji, Tonga and Hawaii, and everyday guys from Orange County, California trying to live out their dreams. And living a dream, they are!

In just two short years Common Kings compiled an impressive resume, including sold-out tour stops in Hawaii, Los Angeles, Guam, Tokyo, and Australia; an obsessive following of loyal fans; and over 7 million YouTube views of their independently produced hits: Alcoholic, Wade In Your Water, No Other Love, and Fly. Even as an unsigned band, their star shone so brightly they garnered enough attention to open for mega recording artists like Brian McKnight and Fergie. Now on the cusp of their own international stardom, the guys maintain an attitude of humility and thankfulness for those who have been continued supporters and the utmost gratitude for those who are hearing their unique island spin on traditional pop music for the first time. In 2013, under the continued direction of Mr. Reed Entertainment and the additional tutelage of powerhouse management Melvin Brown Media Group, the stage is set for Common Kings to take their brand of pop/island music and R&B vocals from the South Pacific to the global stage- and there will be nothing common about it.