Montana and the Pacific Northwest are in for a rare reggae treat, the kind that doesn’t come around every Sunday afternoon. Clinton Fearon and Kevin Kinsella have teamed up for a string of acoustic reggae shows in early April that will hit cities in Oregon, Washington and Montana. To hardcore fans of roots reggae music, these two artists are household names. For those who may have been living under one of those reggae-repellant rocks for the past 50 years and thus are not familiar with these giants of the genre, a little background info.

Clinton Fearon is a top-notch vocalist, bass player and songwriter who was for years a cornerstone member of The Gladiators, one of the very best and most influential Jamaican groups of the 1970s and 80s. He penned and sang lead on some of their best-known tunes including “On The Other Side,” “Chatty Chatty Mouth” and “Richman Poorman.” Since his departure from the group in 1987 he has been raising the standard for modern roots-reggae music with several incredible full band and acoustic albums, as well as countless jaw-dropping live performances. The man can WRITE and the man can SING, as well today as in the early 70s (if not better).

Kevin Kinsella is an original founding member of East Coast roots-reggae legends John Brown’s Body. In addition to the four timeless records he made with JBB, he has a handful of excellent solo albums under his belt, some with heavy full rhythm section and some in an acoustic style.

I spoke with both Kevin and Clinton over the phone and asked them about how they linked up with one another, and how this exciting tour came to fruition. Kevin was quick to convey that Clinton has been one of his biggest inspirations since his teenage years. He credits a live Gladiators performance during the 1987 “Serious Thing Tour” that Kevin and a high school friend attended as being a life changing event that helped set him on the path towards a life in reggae music. When John Brown’s Body released their first record “All Time” in 1996, Kevin mailed a copy to Clinton who at that point he had neither met nor spoken to. A few months later Clinton, who was now living in Seattle and recording solo material, responded to Kevin by sending him a copy of his latest release “Mystic Whisper” along with what Kevin describes as “a very personable letter” saying that he really dug the JBB record. Their friendship developed from there and they have remained in touch over the years, having shared the stage together in Seattle and New York.

Clinton told me a bit about the first time he and Kevin met face to face at a JBB show in Seattle. “I got on stage with him and did ‘On The Other Side’ and you know we were all feeling excited and feeling good about the vibe, and everybody get along so well. It was a good vibe you know…and so, from then on we been friends. And many years ago, him actually indicate that if we could do something together, like acoustically you know, but the time wasn’t ripe. And then…he did a festival in Ithaca there that he invited us, me and the band. We did that and a few more things. So when we came back here and…he sent a message that ‘it still would be nice if we do something.’” Earlier this year when Clinton’s wife Catherine began organizing an acoustic run for the Spring, the time finally proved ripe to call Kevin and invite him along as co-performer.

Regarding the organization of this upcoming tour, Kevin told me “Last year [Clinton] came and headlined the Ithaca Reggae Festival and just blew everybody away. Like people were talking about it, still talking about it. Out of that, fast forward to now…him and his wife Catherine who are so nice, so genuine, great people you know, to the soul, to the bone you know, they called me up and they kind of reciprocated the favor in that they had put together this acoustic run in Montana, Washington and Oregon starting April 3 in Montana. And it’s just gonna be like two dudes, two acoustic guitars you know, I’m really looking forward to it. A set of mine, a set of his, and a collaborative acoustic jam, you know?”

When it comes to lamenting a lack of good music coming to town, I have not had frequent occasion to kick myself for living in Los Angeles. But for a couple weeks in early April, the place to be for live reggae music of the highest quality will without a doubt be the Pacific Northwest and Montana. If you live within 200 miles of any of the spots this heavyweight duo are scheduled to hit, grab a ticket, mark the date, and prepare for a good old-fashioned face melting. Ites. 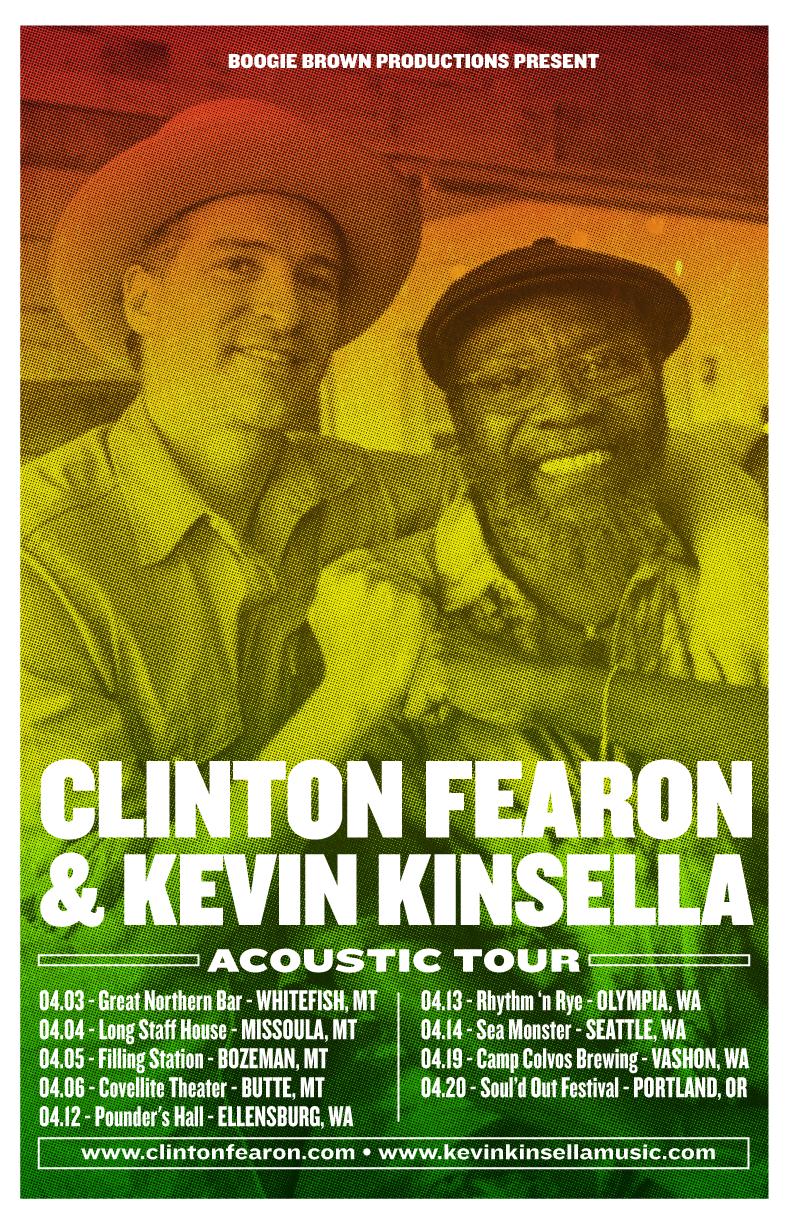