Climbing to the Top with TreeHouse

The upcoming Rootfire At The Park festival in Cocoa, Florida, has a diverse lineup of bands from a variety of genres. As a longtime roots enthusiast, I’m super excited for the array of up and coming reggae bands, almost all of which hail from Florida. The lone exception to this bevy of local bands is reggae jam rockers TreeHouse who will be making the trip down from Myrtle Beach, South Carolina. 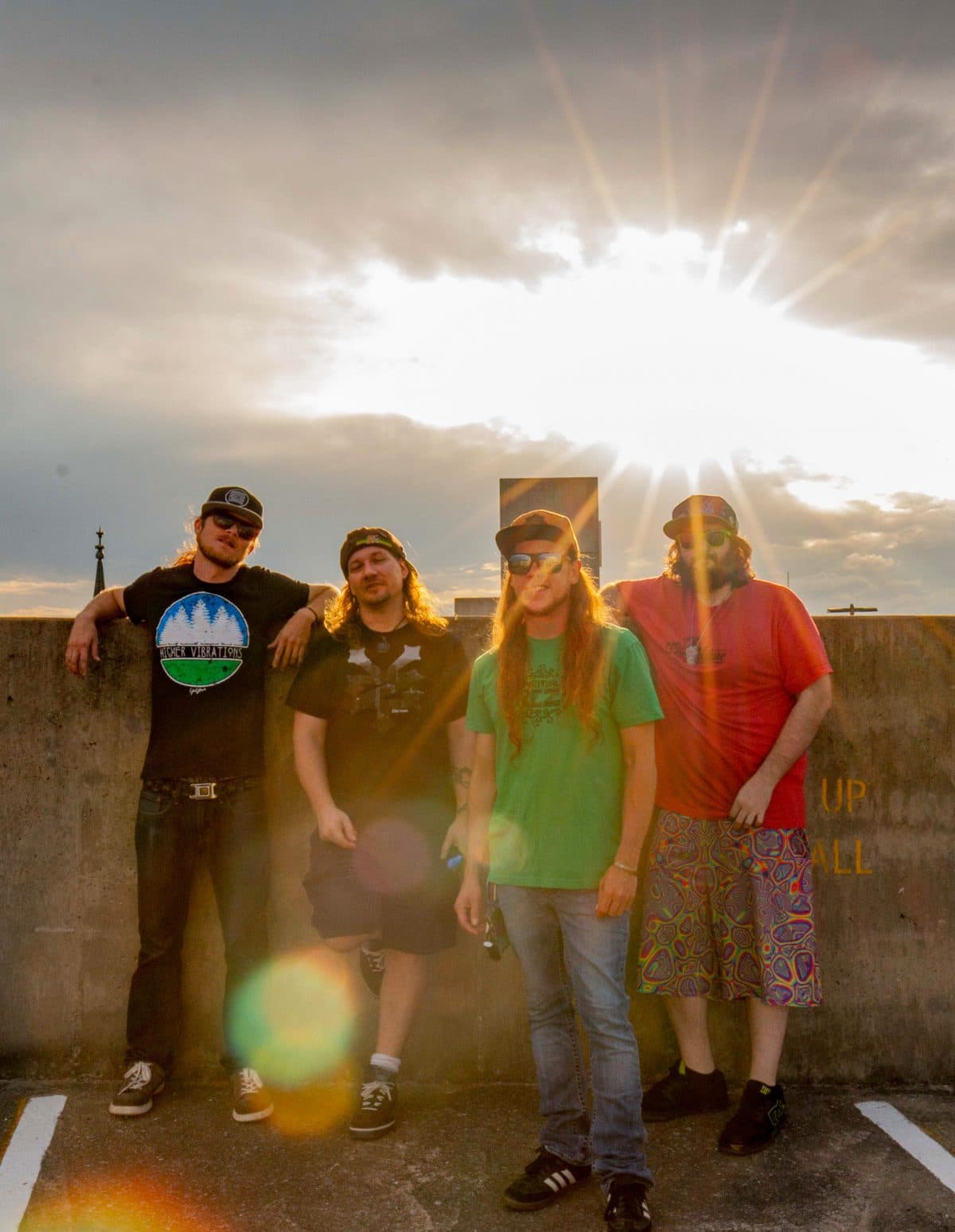 TreeHouse has been dazzling east coast audiences with their invigorating blend of reggae and rock for over 7 years. Frontman/founder Jeremy Anderson is a gifted songwriter and talented multi-instrumentalist with a strong stage presence. He was kind enough to make time to converse with me
about his beginnings as a musician, the origins of the band and TreeHouse.

Rootfire: Tell us a little bit about how you learned to play music – at what age, which instrument, etc. How many instruments can you play?

Jeremy Anderson: My mother always sang to me as a baby, so I grew up with music. I tried to sing “America, the Beautiful” like Ray Charles in my second grade chorus recital. I began taking piano lessons when I was 8 years old, and I took lessons for 4 years, learning music theory through Charlie Brown songs and Christmas tunes. I learned trumpet in 6th grade and performed in every kind of school band through college. I started a band when I was 14, and we needed a bassist, so I picked up bass guitar and played that for the next 4 years as the band carried on. When I graduated high school, that band went our separate ways, and I started focusing more on acoustic guitar. I also play melodica and a little percussion.

RF: How were you first introduced to reggae?

JA: When I was a teenager, I was exposed to just bits and pieces of the genre through popular songs from Bob Marley, Peter Tosh, and even renditions and fusions from Sublime and Slightly Stoopid. I also got a chill island/beach vibe from more solo and acoustic acts like Jack Johnson, Ben Harper, and Trevor Hall. The love and inspiration in reggae grew with us as TreeHouse grew and developed our sound. When we started performing more in Myrtle Beach, Trey and I moved into a house with another reggae influenced band, and our Hawaiian roommate kept reggae playlists rolling throughout the house.

RF: How did the band come together?

JA: After college, I came back to Myrtle Beach and started playing solo gigs, covering all sorts of different genres and writing original tunes influenced by John Mayer, Jack Johnson and Ben Harper. I invited my childhood friends, Trey Moody and Matt Link, to start jamming with me at shows. Then, I switched to electric guitar and together we slowly started developing the TreeHouse sound through years of live jams. In the last two years, we’ve added Joe Harley on keys/vocals and our new bassist, Scott Nichols.

RF: What was the first song you ever wrote?

JA: I believe the first full song I wrote was the “Turtle Song”. It was a song written from the perspective of a turtle, as a metaphor for life.

RF: Who are some of your favorite all time reggae artists? What about currently in the scene today? What about outside of reggae music?

JA: Some of my favorite all time reggae artists are Barrington Levy and Eek-A- Mouse for their unique vocal stylings, as well as Israel Vibration and Steel Pulse because they still put on a good show! Currently in our genre, I really admire Mike Love because of his looping skills and amazing vocal range and control. I also enjoy Stick Figure, Fortunate Youth, Iya Terra and Slightly Stoopid. I usually end up listening to all of my friends’ music, like some of the bands on the Rootfire At The Park lineup. Some of my favorites are Spred the Dub, Resinated, and SowFlo.

RF: Who do you consider your greatest influences on your songwriting?

JA: I try to write a song like a personal mantra. I take influence in the delivery of it from vocalists like Barrington Levy, Eek-a-Mouse, Bob Marley, Michael Jackson and even Serj Tankian from System of a Down. The expressions of the sentiments go beyond the lyrics. Imagine when you hear “ugh!”, “Ha!”, “A-Hee- Hee!” or “Siddly-Diddly Whoa!” That just tickles your brain much more than the literal meaning of these lyrics on paper.

RF: Which songs are you most proud of and why?

JA: “Young One,” our collaboration with Zach Fowler from Sun-Dried Vibes, has been one of our most resounding songs. It has seemed to inspire and encourage so many people on their paths, judging from the responses we have gotten from the crowds and the sentiments we have received from individuals expressing how much this song has touched their lives. I have experienced so many heart-warming and uplifting stories in response to this song. Our song, “Blessings,” has also reached further than we could’ve imagined, as it was picked by Ky-Mani Marley as a finalist in the Marley Music Uprising for exemplifying the spirit of Bob Marley. It landed on a special Spotify playlist and has received almost 1 million streams. Our upcoming new song, “Prayer for the Day” has already had so much great reception as an acoustic video on Sugarshack Sessions. We’re very eager to release the studio single and music video in the next few months!

RF: What songs do you enjoy performing the most and why?

JA: I really enjoy performing “Guru” because it has a unique, somewhat-Eastern vibe that makes you want to dance, and it evokes a special mix of energy on stage. I also enjoy performing “Wildman Rastafari,” usually as the last song of the set, because it allows us to let down our hair and get wild with the crowd.

RF: What was your most memorable performance?

JA: One of our most memorable performances was when we played at Camp Reggae and the DEA raided the festival, (illegally, without a warrant) storming down the hill before our last song. Then, the entire crowd gathered in a circle and chanted Om until it virtually drove them away. Then, we played “Young One.” It felt like we did something energetically monumental that night. Another one of our most memorable performances was at Surrounded by the Sound Music Festival this past Labor Day weekend, where we had virtually every person we’ve ever collaborated with, all in the same place for one big family jam set. We thought we were going to collapse the stage!

RF: I assume the Surrounded by the Sound Music Festival in Long Creek, SC, is named for your song “Young One,” a tune in which members of your fellow South Carolinian band Sun-Dried Vibes had collaborated with you. How did the naming of that festival come about (from Irie Vibes Festival) and could you tell readers a little about what the festival is like?

JA: Surrounded by the Sound Music Festival is our brothers, Sun-Dried Vibes’ baby, as well as a family project involving our entire East Coast Reggae community and beyond. I believe the inspiration to name this festival after our collaboration was a natural evolution. SBTS culminated into an inevitably epic experience, given how much positive intent and ambition was put into this project. The campground has a beautiful energy and the caliber of the music lineup was stellar. The entire festival really did feel like the coolest family reunion. I highly recommend checking it out next year!

RF: What band or artist from any genre would you most like to tour with?

JA: Touring with Slightly Stoopid has been on my bucket list, since they’ve been an original inspiration for me. I think a Michael Franti tour would be a positive experience. We have also loved our extended tours with family bands, Sun-Dried Vibes, Roots of a Rebellion, Sol Seed, and others.

RF: Your album covers are really unique. Who does the artwork? In what medium?

JA: Our drummer, Trey Moody, is the artistic director of the band. He has created the majority of our visual representations, but for our albums he has often chosen regional artists to work with on the designs. Our Growth album features Jessica Vazzano’s psychedelic ambient swirls and sacred geometry, emphasizing Trey’s Lotus Tree design. I believe Trey’s image was drawn and digitally colored, while Jessica painted around the design.  For the Lifted album, Trey reached out to another regional festival artist, John Gay, who designed a phenomenal piece inspired by the themes of that album. It is originally a painting, and Trey digitally formatted our logo and album name onto the design. On our next project, we are working with an amazing artist, Christopher Morphis, who frequently tours with Fortunate Youth and Rebelution as a live artist, and we are very excited about what is to come from that.

RF: What do you do for leisure when you’re not earning a living playing music?

JA: TreeHouse keeps us quite busy, but with the little free time I have, I enjoy simply spending it with family and friends and cooking dank, healthy meals at home.

RF: Do you have any new music in the works?

JA: Yes! We have a new album ready to launch Spring 2018. We will be releasing a few singles leading up to the new album, and we are so excited about these songs that we are already playing some of them live. They are our new favorites. I believe we have really pushed the threshold of reggae fusion with this new album!

TreeHouse performs at the second annual Rootfire At The Park on Saturday, Nov 11 in Cocoa, FL. VIP tickets and single day passes are available HERE. 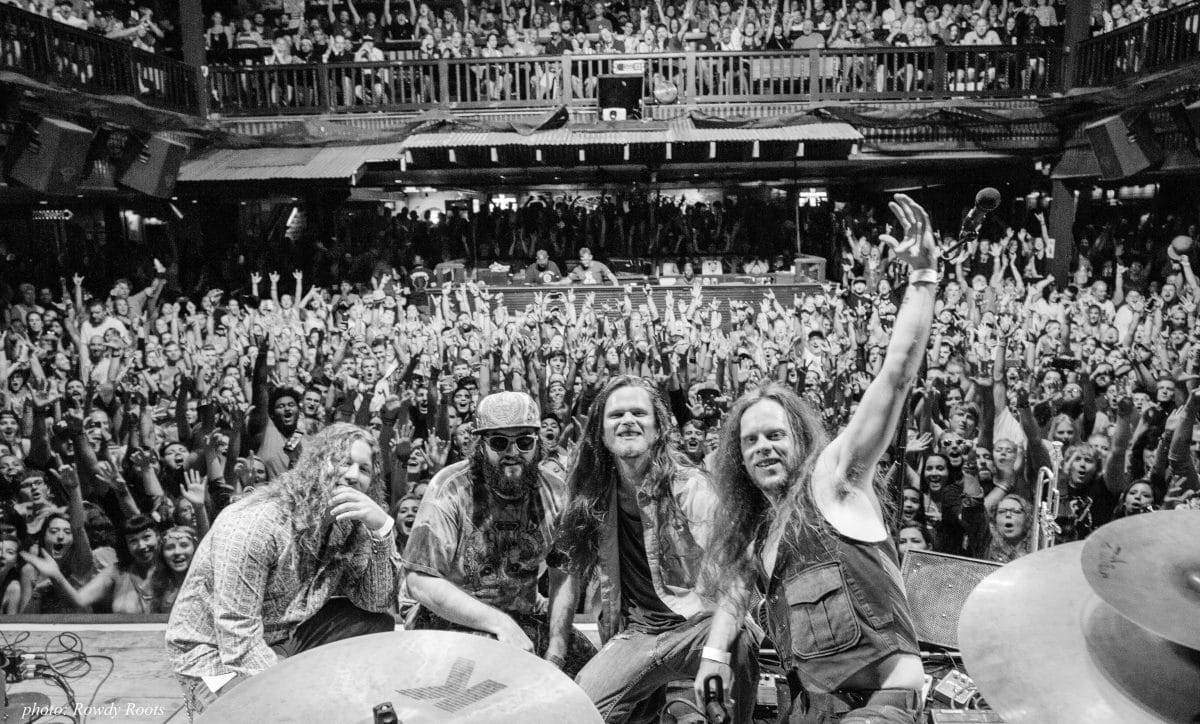 Yoga Returns to Rootfire At The Park →