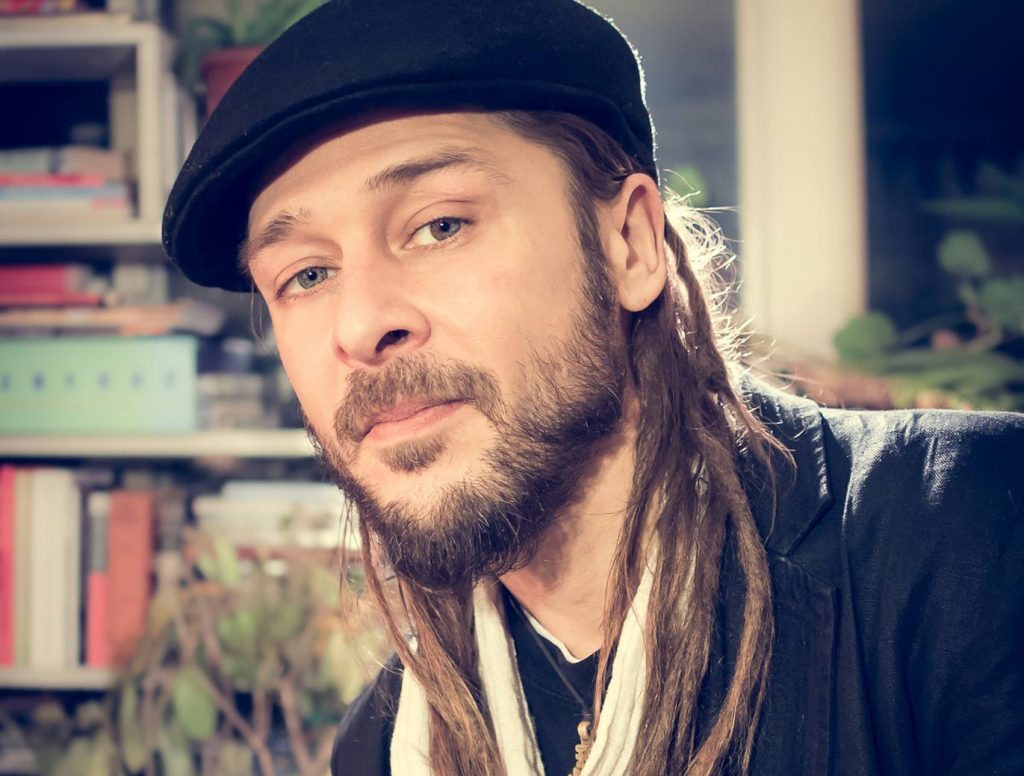 Christos DC (Chris Vrenios), a Greek-American, is a Washington, DC-based artist/producer/touring musician whose humble force has been influential in shaping the DC reggae scene and beyond. His own recordings, paired with the recordings he has shouldered through his own Honest Music DC label, for some of the most well-known artists in the reggae scene, have left a deep row from which powerful fruit has grown; great blooms continue to open for creations to come.

Christos’ list of accomplishments unfolds as a long trek. His career highlights (too many to state here) include recording with drum and bass titans Sly and Robbie, playing alongside the infamous Don Carlos (Black Uhuru), producing and recording a flood of people without the need of introduction (including Augustus Pablo, Sugar Minott, and The Meditations), and playing/writing with the internationally beloved Thievery Corporation.

2008 saw his first album Time to Rise released to the world. This same creative energy led to the formation of the Honest Music DC record label, where Christos operates as CEO. Of course, only time and effort would show how that planting might spread, but the label has come into its own. Honest Music DC represents energetic, young artists like Kenyatta Hill, Puma Ptah (of Thievery Corporation), Ras Attitude, and Christos DC’s own musical movements. Christos DC is both an artist whose message is of social worth and a man working to provide sustenance for the larger genre.

To Christos’ recent musical endeavors, having toured as part of Don Carlos’ band (recently finishing a West Coast run and now prepping for a European leg), Christos DC formed an artistic relationship with the legend, and that pairing resulted in 2015’s “Righteous Chant.” Ignited from a four-track instrumental recording Christos DC shared with Don Carlos back in 1997, “Righteous Chant” showcases the beautiful pairing of voices that the two singers share. Theirs is a natural harmony worthy of any roots reggae lover’s ears.

Christos’ upcoming album (slated for mid-2017) is titled Tessera (Greek for “four”). A man known for his ability to reach into the deepest wells of reggae’s talent pools, this release is destined to ride atop the charts. Forwarding a diverse sound, the album includes an emotional cover of Neil Young’s “Heart of Gold,” a partnership with the legendary Virgin Islands I-Grade camp through the track entitled “What is Happening” (Akae Beka), and Christos’ own heavyweight feature, “Speak the Fire” feat. Zafayah & The Skankin Monks released today.

Christos DC’s vibrations are proven fertilizer for fields of musical possibility, young plants still reaching high to the sun. An artist with Christos’ skill sets can surely find joy in selfish pursuits, but the labors here show evidence of something far larger. The labors here show evidence of a farmer who cares, a farmer who tends a crop out of passion and love – a farmer fighting to feed the people hungry for fruit that is truly vibrant, fresh, and filling.

Tagged as: Christos DcreggaerootfireSpeak the fire