From a back porch in Bonita Springs, FL, Sugarshack Sessions have become a mainstay in the American reggae community and beyond, and Rootfire has been lucky enough to be there from the very beginning. Today marks 7 years from that first session we worked on together with The Movement back on May 9, 2014. That session eventually inspired the band to release an entire acoustic album called Beneath The Palms.

In the years that would follow Sugarshack refined their process and expanded to other formats including their #OneTake series, ultimately creating timeless videos for just about every reggae band in the country, including Stick Figure, Rebelution, Tribal Seeds, The Green, Pepper, Giant Panda Guerilla Dub Squad, Iya Terra, HIRIE, The Expanders and so many more. Sugarshack grew beyond reggae music with artists like Hippo Campus, Trevor Hall, and Mihali, and eventually started Sugarshack Records to release some of these projects on Spotify, iTunes and more.

To celebrate our 7 years of friendship, Rootfire is pleased to be releasing one Sugarshack Session per week on our Soundcloud page over the next several months. We made this pretty cool t-shirt together too. Grab yours today and check back every week for a new Sugarshack Session on Soudcloud! 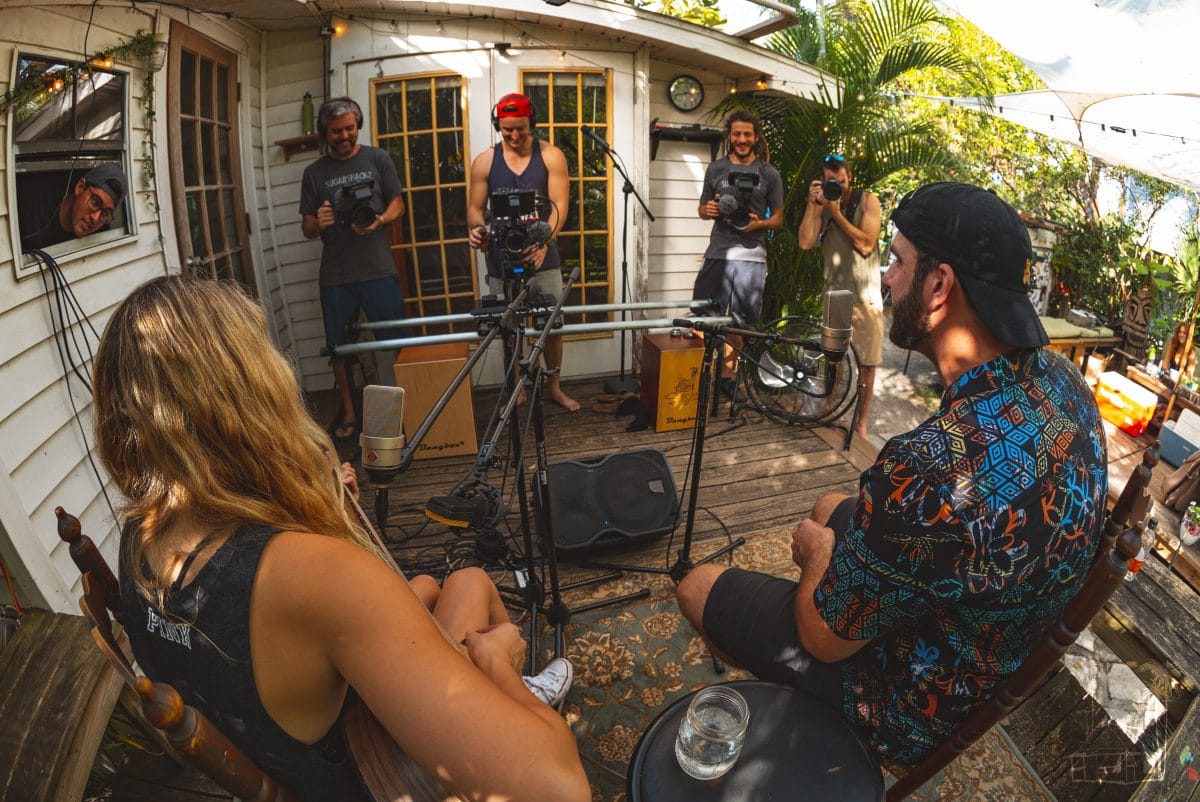