Birth of a Phoenix: the Rise of Raging Fyah

Some say the world will end in fire,
Some say in ice.

From what I’ve tasted of desire
I hold with those who favour fire.
-Robert Frost from “Fire and Ice”

Fire invokes transformation and purification. The Phoenix falling in a ball of flame, only to rise again from the ashes. The fire in your gut, driving you to stand up and fight for what you believe in. A burning desire, the heat of passion. There is nothing passive or subtle about it. Throw on the gasoline and you’re ready for the heat of Raging Fyah’s 2016 release Everlasting, their debut with VP Records’ new imprint Dub Rockers. Forging uplifting roots tracks like “Live Your Life” with dance jams like “Would You Love Me,” Everlasting expertly rides the fine line of familiarity and freshness. Rich vocal harmonies, classy horn lines, and pocket organ bubble tip the hat to reggae legends like the Wailers only to give way to bold electric drum sounds that scream 80’s era Black Uhuru. And yet the listener can’t help but notice how Raging Fyah feels new. Like a brand spankin’ new pair of shoes, that’s already perfectly broken in. 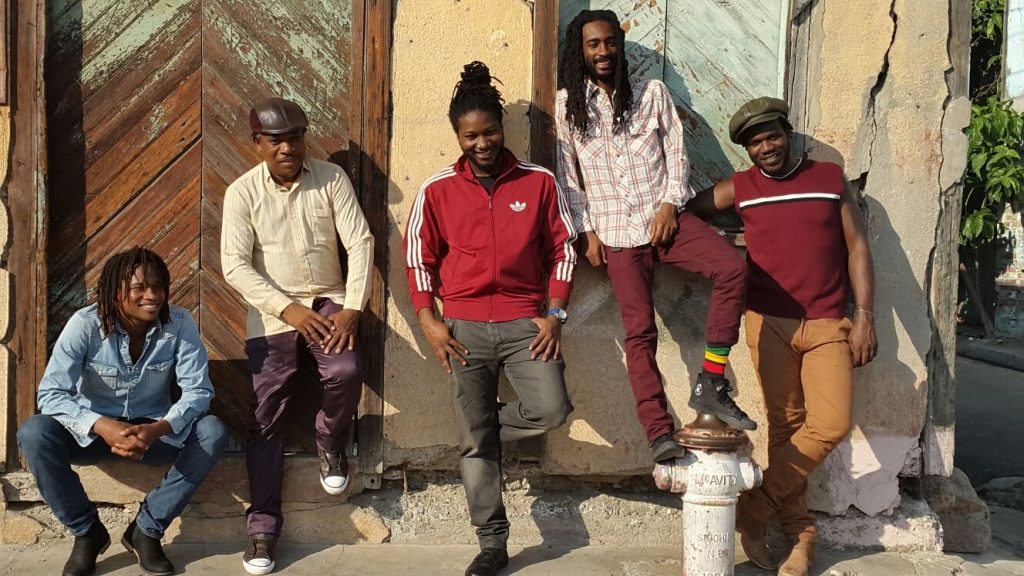 Raging Fyah formed within the walls of Kingston’s Edna Manley College of the Visual and Performing Arts under the tutelage of former Third World keyboardist Ibo Cooper. The group earned their stripes serving as backing band at numerous major stage shows in Jamaica before joining forces with singer Kumar Bent and shifting the band’s focus to original music.

The countless hours and sacrifice cut through on Everlasting, as does the band’s first-hand knowledge of reggae music. The competition at the 59th Annual Grammys® is fierce for the “Best Reggae Album” Award, but everyone from Rebelution to Ziggy Marley will be feeling the heat from Raging Fyah as they set out to rekindle a flame of positivity in the music industry. Best of luck boys!