While preparing for a solo acoustic show a few weeks ago, I looked down at my set list and realized something. Almost half of the songs on that piece of paper were Bob Marley tunes. I hesitated for a moment. “What am I doing? Should I play more originals? Should I play more songs by other artists? What is it about these songs that I feel such a strong connection to?” 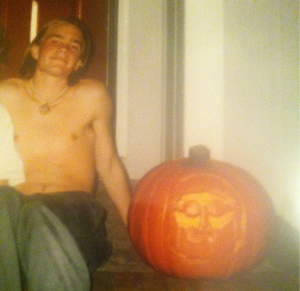 Rewind to 1997. I was in a rock band, played varsity soccer, made good grades, and listened to a lot of Tupac and Guns N’ Roses. A self- proclaimed “hippie,” I also had long, greasy hair, wore a fat hemp necklace complete with dangling dream catcher, smoked a ton of weed, and was obsessed with The Grateful Dead. I was young, clearly open to all influences, and waiting to discover something that would stick.

At a friend’s house one weekend, through a thick cloud of smoke, I heard his voice. Bob was singing “Kinky Reggae.” Live. I had heard the studio hits before, but nothing moved me quite like this in-concert performance.

The album was Babylon by Bus, and it would become the standard by which I would compare all other music. The forever uplifting “Positive Vibration” and almost beaten “Concrete Jungle” threw me into an unfair but beautiful world that I didn’t yet quite understand, but that I could feel at a spiritual level. The grit and emotion in his melody, the energy of the audience, the hypnotic one-drop: I was instantly transported to those steamy music halls in London and Paris.

Bob introduced me to Reggae music. From then on, no other style could quite capture my attention. No other music was “real.” No other spoke the truth, spoke to my soul. No other made my spirit “dance.” Why this is, I cannot say, but I’m sure as a fan of the genre, one can understand.

So tomorrow is your birthday, Bob. I can think of a lot of things I would have liked to give you, but nothing like the gift you gave me in Babylon By Bus, a record that stands the test of time both sonically and spiritually and allows us to relive the absolute magic that was a Bob Marley and the Wailers concert.

Columbia, South Carolina's Joshua Swain is the lead singer and songwriter for the reggae-rock group The Movement.

Great write up Joshua. I can remember as a young kid going through a stack of my best friend’s older brother’s record collection. At the time I was into Judas Priest, Iron Maiden, etc.. After finding one of Bob’s albums in the pile, I was curious and put it on. I’ve been listening to reggae ever since…