Vintage dancehall music serves as the lifeblood of reggae historians, vinyl collectors, record selectors and soundsystem enthusiasts worldwide, yet you may be hard-pressed to find names like U-Roy and I-Roy listed as influences in the biographies of contemporary American reggae artists or mentioned in their online fan groups. Nevertheless, these dancehall originators and their golden era peers have had a massive impact on modern reggae.

How so? Vocals. It’s very unlikely to make it through a recently released album or live performance by any touring act without at least one passage delivered inna dancehall stylee; that is, rapid-fire “toasting” voiced with a patois cadence. It wasn’t Bob Marley or Burning Spear who popularized the style, yet it’s such a huge part of the progressive roots sound.

One rising artist out of the Big Apple, JonnyGo Figure, clearly owes his sound to that era of Jamaican music. JGF dropped his EP, Crucial Showcase, this past year, and as a mainstay in the NYC reggae scene, he is making waves internationally by channeling Big Youth and other cherished Jamaican emcees. Any song from his debut release could be indiscernibly added to a playlist of Deejay cuts from the 70s and 80s, and most listeners would not realize that it was created by a Brooklyn-born millennial. 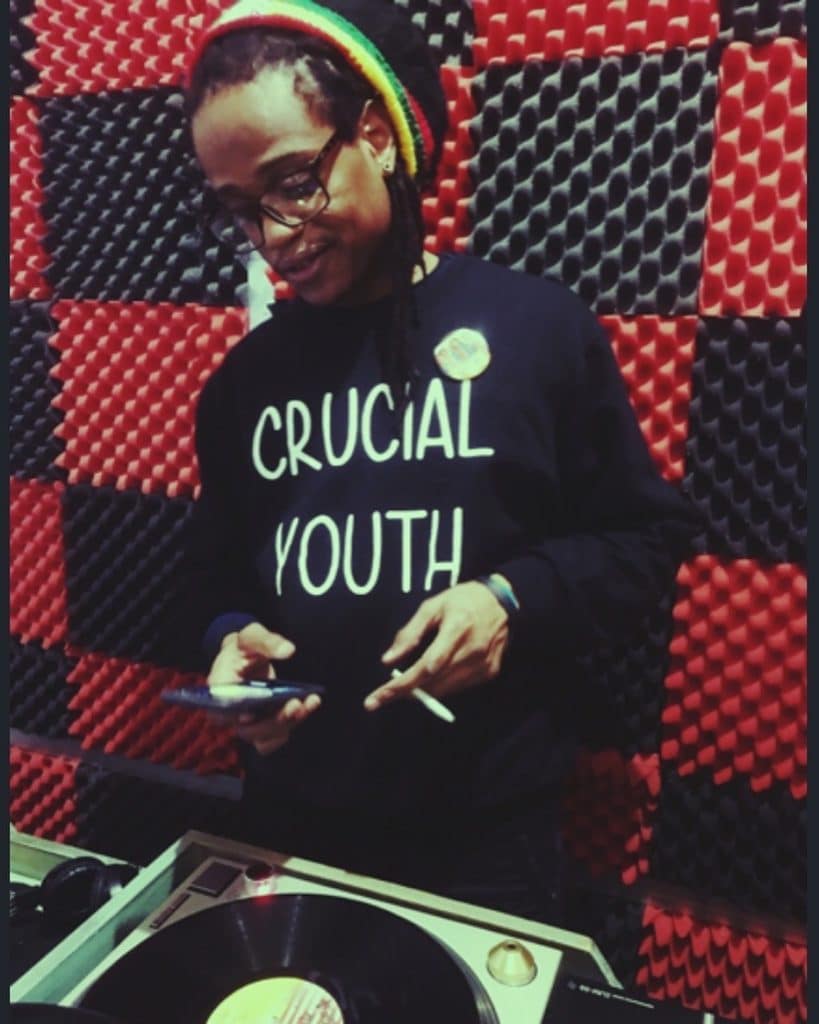 As the title of his first single, “Vinyl Lover,” would suggest, JGF is an avid record collector who astonishingly began spinning records at four years old. At an age when most of us were playing with toy cars and dolls, thanks to his reggae fanatic deejay father, JGF was selecting his favorite tunes and putting the needle to vinyl.

Born in Coney Island to parents of Guyanese heritage, JGF grew in Flatbush where he would accompany his father on visits to the neighborhood record shops. His father taught his young protege how to use the equipment and eventually allowed him to assist at his gigs.

When asked for some details about his vast record collection, JGF gets a bit defensive. “I don’t know if I want to share that,” he quips. He admits how he used to embrace the snobbery that is often displayed by music aficionados. “I used to fall victim to that, the whole, ‘I used to listen to them before the world knew about them or before they blew up.’ But you grow older and you realize that the music is for the world and is for the people. I have no problems sharing music now because I feel like the more people know about the beautiful music, the less people know about the not-so-beautiful music that’s out there.”

He continues, “Because just like everything in life, there’s a balance. There’s not one of us on this earth that music is exclusive to.”

JGF explains that he inherited the foundation of his collection when his father hung up his deejaying gloves and he started purchasing his own records around the age of 12.

Among his most rare records, JGF names some gems that would be sure to delight fans of the old days:

“Black Slavery Days,” by The Skulls.

While the above are a few examples of some hard to find vinyl that JGF had managed to track down, he posits that his most prized nugget is Youth of Today, released by Britain’s Musical Youth in 1982, a record that is not necessarily rare, but deeply meaningful to him. JGF recalls that his father gave him the record and it had a massive impact on shaping him as a music enthusiast for the rest of his life.

“Dad had the record, gave it to me. I fucked that copy up and ended up having to buy another copy,” he laughs, reminiscing. “Musical Youth, to me, are gods. A lot of people thought they were very bubblegum, gimmicky. But imagine being a five-year-old and seeing other kids do some shit that you can only imagine doing, and they’re actually doing it for real, you know?  That’s very inspiring to a kid. Very inspiring to a child.” 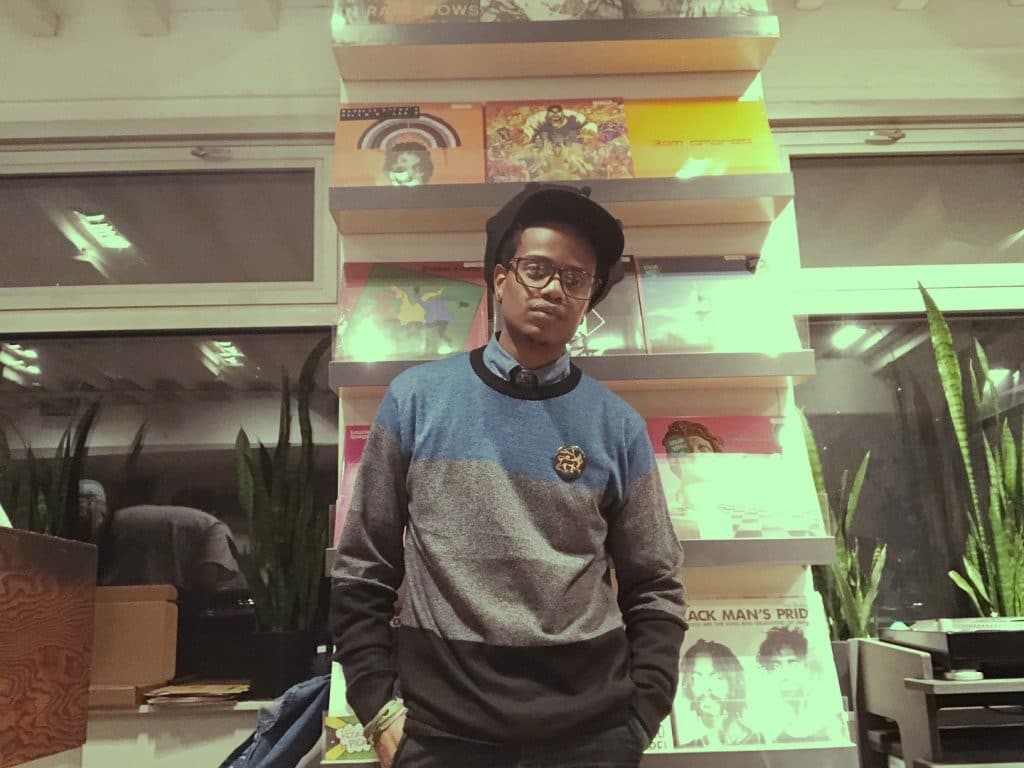 JGF’s father certainly planted the seed, but his passion for reggae grew more intensely from spending time around other “serious collectors” and selectors like Carter Van Pelt, Jah Wise, Downbeat the Ruler and Jeremy Freeman, the founder of the famed Deadly Dragon Sound System. Freeman owned a record shop by the same name on the Lower East Side of Manhattan and JGF used to spend a lot of time there as a teen, so Freeman took the young man under his wing, indoctrinating him to the heady NYC soundsystem scene.

JGF credits his friendship with Freeman and his experience with the Deadly Dragon collective as being instrumental in molding him into the person he is today.  “I would say Deadly Dragon is the nucleus of why I’m able to do the shit that I’m doing now. If it wasn’t for that interaction with Jeremy, you probably wouldn’t even be asking me these questions to be honest with you.”

Not every reggae devotee with a big library of vinyl can create their own music but the talent was in his genes. His mother had sung in a chorus during high school and as a small child, his grandmother would sing to him constantly. Shortly after that, around the age of five or six, his own days of performing began. “I remember taking up the mic at my mother’s baby shower when she was pregnant with my baby brother, just saying a bunch of gibberish, but it had the cadence, you know?”

JGF became more shy during his formative years, so he focused more on learning production rather than performing. However, his time spent with Deadly Dragon rekindled his own musical talent. “It’s just something that I kind of tried to deny my whole life and sometimes when you try to fight certain shit that’s bigger than you, you end up losing. I couldn’t destroy that energy of being able to be a vocalist.”

Upon citing his chief influences as a recording artist, JGF names too many people to list, as you might expect from someone who has been immersed in music starting at such a young age. However, when asked about what producer he would most like to work with, he emphatically states Dennis Bovell, the illustrious British producer known for his decades-long affiliation with revered dub poet Linton Kwesi Johnson. “The guy is a genius, he’s a lunatic when it comes to music…the way he envisions music. He just throws out the norm and makes dope, timeless shit.”

In explaining why reggae music appeals to him so deeply, JGF relates “It’s just a vibe, man. It really speaks to me. Reggae music is sufferers music, sufferation music. Who feels it knows it, and as a kid from the projects, I can relate to a lot of the shit that’s being said in the music.”

He goes on to explain that reggae music has taught him a lot about history — “Like things mentioned in the Bible, I heard it first in the music” — and given him street smarts as well.

“It really speaks to my heart and my soul,” he continues, his fervor coming to light. “Like you could debate this with me till your voice box just stops working. Reggae music to me is the greatest music ever and that’s just how I feel about it. I say that without any apology. And I love all kinds of music. I just love music. But reggae music is the people’s music, you know what I’m saying? It’s the people’s music.” 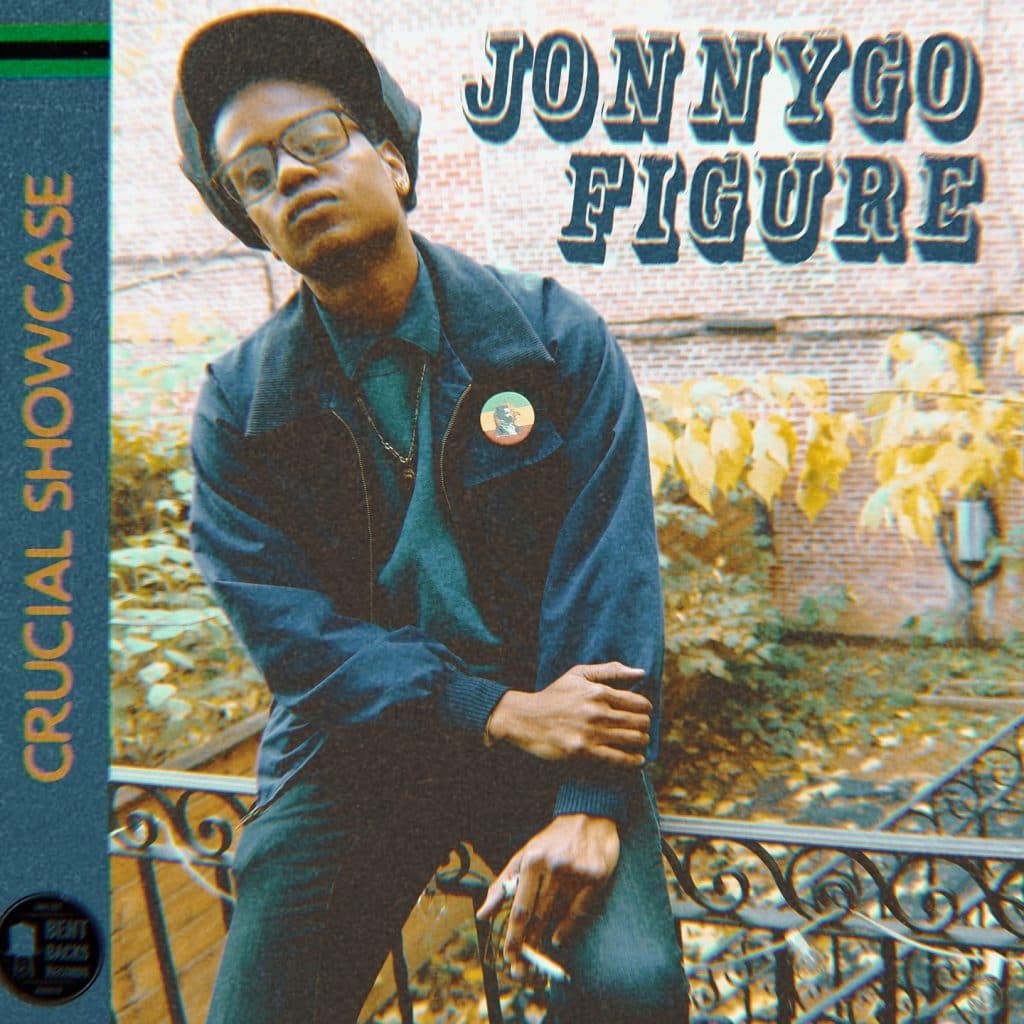