About five years ago, Jayson “Agent Jay” Nugent, guitarist of the internationally adored NYC-based ska/reggae band, The Slackers, had been cycling north on Flatbush Avenue in Brooklyn. After hitting a patch of construction that was not barricaded, Nugent badly broke and dislocated his shoulder, paralyzing his whole right arm within minutes. Doctors diagnosed him with acute brachial plexopathy; essentially the nerve junction in the shoulder that controls all the nerve endings down into the arm suffered severe damage. This injury would be awful for anyone, but for a professional musician like Agent Jay to find himself suddenly bereft of the tools he needs to make a living, it was particularly devastating.

Sensation and mobility slowly returned over the next few months, along with a great deal of pain caused by the healing nerves. After five months, Nugent could finally hold a guitar pick. An additional month elapsed before he could, with extreme difficulty, perform with The Slackers again. It would take another full year of healing before his playing returned to “normal,” although permanent damage remains.

This ordeal taught Nugent to take nothing for granted, especially his decades-long career making music and touring with The Slackers. As a silver lining, when the injury forced Nugent to miss the band’s European tour in the fall of 2015, he took advantage of the additional time at home to advance studio work on multiple albums for his long-time, lesser-known side-project, Crazy Baldhead.

Nugent started Crazy Baldhead, which has been described as a “Who’s Who” of NYC ska and reggae musicians, as a recording venture in King Django’s New York Version City Studio in 1997.

“Django had brought together a great band to create the Stubborn All-Stars in ‘95,” Nugent recalled. “And even though we had never played together before, the band just clicked really nicely, musically and vibes-wise. We were all on the same page, but bringing something slightly different to the table.”

A couple of years later, Django got an 8-track tape machine, mixing board, mics, and some other gear. Nugent helped him set up what would become Version City Studio and in so doing, Django showed him how everything worked. This gave Nugent a newfound obsession with recording and, recalling the chemistry amongst the Stubborn All-Stars, Nugent decided to put together a similar project. “With a great pool of musicians hanging around, I wanted to make some tracks,” he said.  “I had some ideas for tunes so I asked them if they wanted to record and find singers to front them.”

Since then, Nugent has released numerous LPs and singles as Crazy Baldhead, most of which can be found on the group’s Bandcamp page. The original Crazy Baldhead rhythm section included Vic Ruggiero (The Slackers) on keys, Victor Rice (The Scofflaws, New York Ska Jazz Ensemble) on bass and Eddie Ocampo (The Insteps) on drums, but the lineup changes somewhat from album to album, depending on who is available.

Just recently, Crazy Baldhead released a new LP, titled GO OASIS.  Eddie Ocampo and Victor Rice returned to do most of the drums and bass work, with Matt Burdi (The Far East) and Dan Jeselsohn (Rocksteady 7) contributing on drums and bass, respectively, to a couple tunes. Vic Ruggiero sang on two tracks, but Roger Rivas (The Aggrolites) handled most of the piano and organ work. Nugent recruited Dave Hillyard (The Slackers, Rocksteady 7) and Buford O’Sullivan (Easy Star All-Stars) to play the horns. 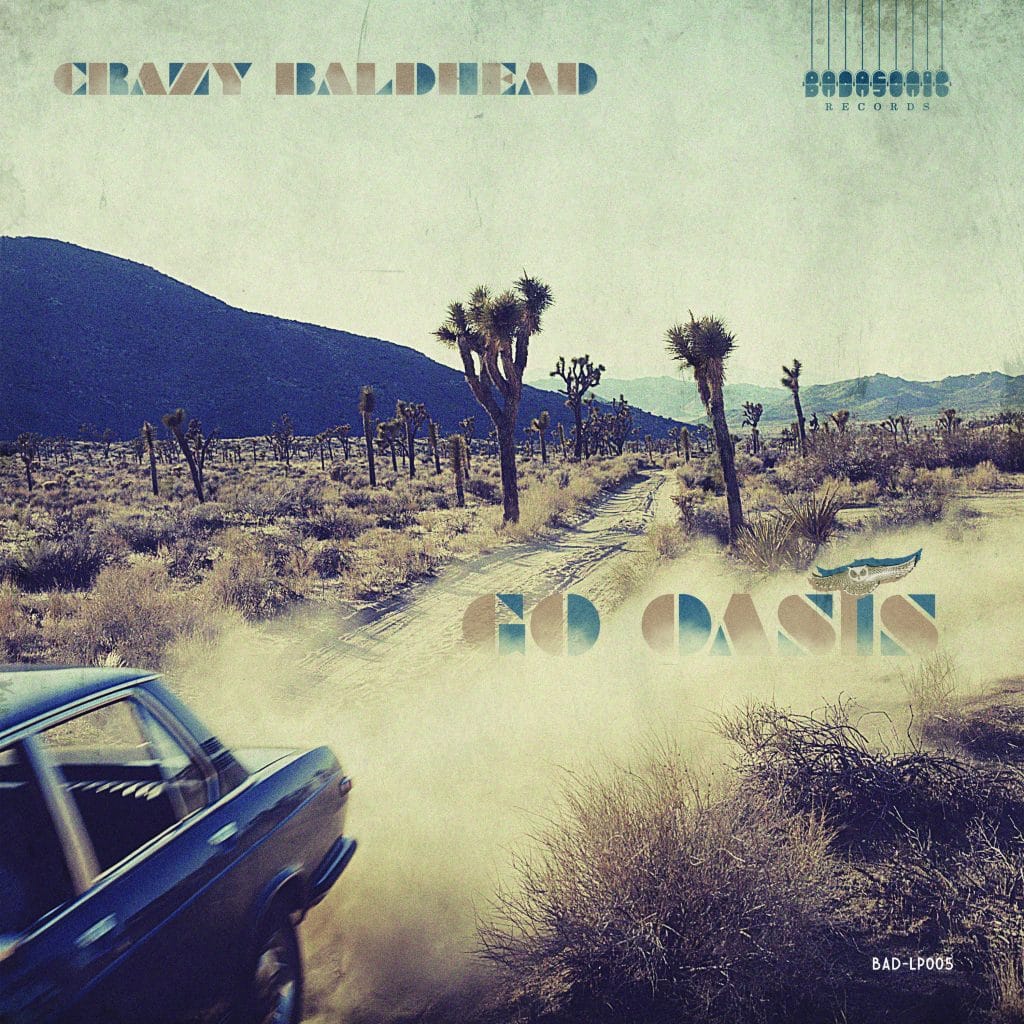 When asked about the pros and cons of overseeing a recording project with a lot of moving parts, Nugent said that on the positive side, he can work mostly on his own schedule, choose the material, and apply heavier production than is generally used or wanted with Slackers records. “The obvious benefit to a solo project — I can do what I want,” he summarized.

Yet, on the flip side, he countered, “It’s really just me that has to put it all together, see it through from start to finish over the course of, at least, 1-2 years per record. Funding it myself, then hoping to recoup via crowdfunding or a small label. Trying to get anyone to listen and give a shit. Surprisingly, these things happen enough to break even and make a small profit. Enough people buy it and spread the word to keep wind in my sails. I’m very fortunate.”

Continuing, he revealed, “I would really love a front-person/partner to motivate the ‘band’ when I’m out of gas or on the road, etc., to finish songs I’m stuck on, to use their different ears and musical skills to hear possibilities in a tune or overall direction that I don’t…I haven’t found that person yet.”

Nevertheless, with GO OASIS, Nugent managed to pull off another successful record, a mostly melancholic mix of early reggae and ska with plenty of surprises lurking in dark corners. Ruggiero lends his baritone singing to a couple of subdued reggae numbers, but Nugent recruited some new contributors for vocals on the rest of the album, including Maddie Ruthless of The Far East, as well as two singers new to the genre of Jamaican music, L. Marie Cook and Kat Minogue.

“I like working with people outside the scene because they don’t lean on cliché or derivative singing styles,” Nugent said. “L. Marie Cook is more of an indie singer/songwriter, and Kat Minogue plays and sings in bluegrass bands in NYC.”

It’s Kat Minogue that handles the singing duties on the track that Rootfire highlights today, titled “No Night For Magic.” According to Nugent, the song “is a lover’s rock tune for the nights things don’t work out. All the nights you don’t find love, the moon and stars aren’t shining, star-crossed lovers don’t meet or have nothing clever to say to each other, and sparks don’t fly.”

This “love song for the 21st century,” as Nugent put it, features Minogue’s raspy, hushed vocals delivered dispassionately over a slow reggae beat, tender piano and organ strokes, a sad little guitar riff and muted horn accents. Meshed together with lots of reverb, the end result is a forlorn, kind of haunting ballad.

“No Night for Magic” blends perfectly into the sonic palette of GO OASIS, a fitting record for listeners compelled to embrace the blue. Thematically, Nugent says the record is about escapism, as well as aging and removing unnecessary or toxic things and people from your life.

“There’s actually a narrative story,” he explains, “In the retro-future gilded age a Titanic-like luxury leisure/exploration vessel is heading into the unknown on its maiden voyage. A ‘three hour cruise’ boldly going where no man has gone before. They reach the new world and celebrate, but unbeknownst to everyone but the less-than-experienced captain — who only got the job because of family connections — there has been a major malfunction and they are all stranded there for eternity.”

So the album really relates this detailed, avant-garde tale?

“The story is not very literal in the lyrics,” Nugent clarified. “Although there are vague hints of it. It’s really mostly in my head.”

He then countered, “An ex told me that was all bullshit, that the record is clearly about my relationship to women…You decide.” 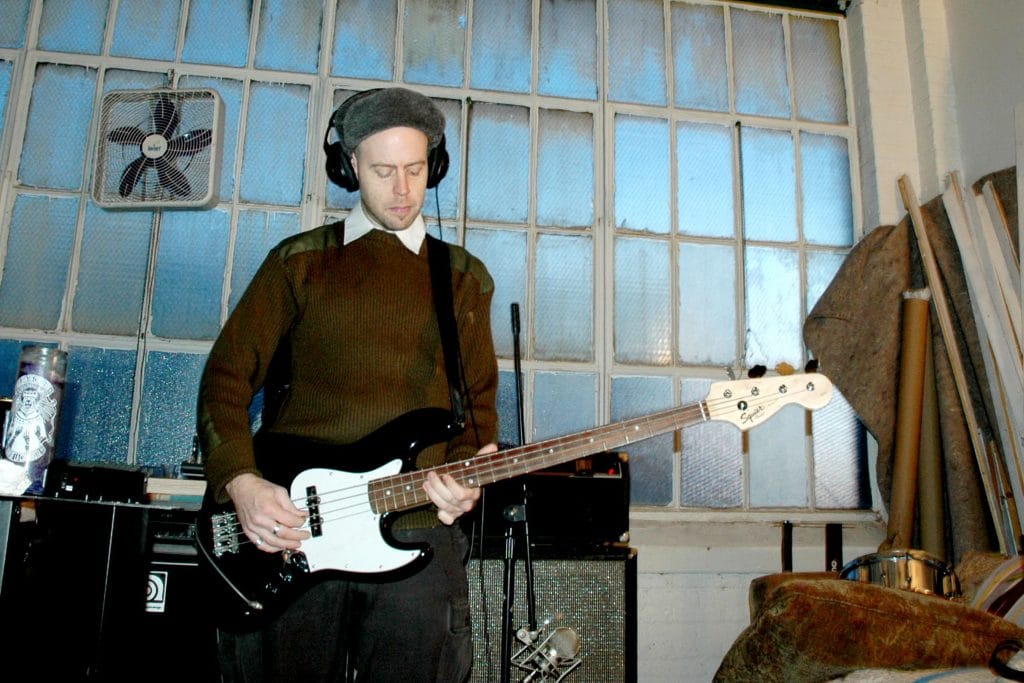 ← First Listen: Mellodose – “We Come Back”